The Giants of Switzerland: Cycling the Furka, Nufenen and St. Gotthard Passes 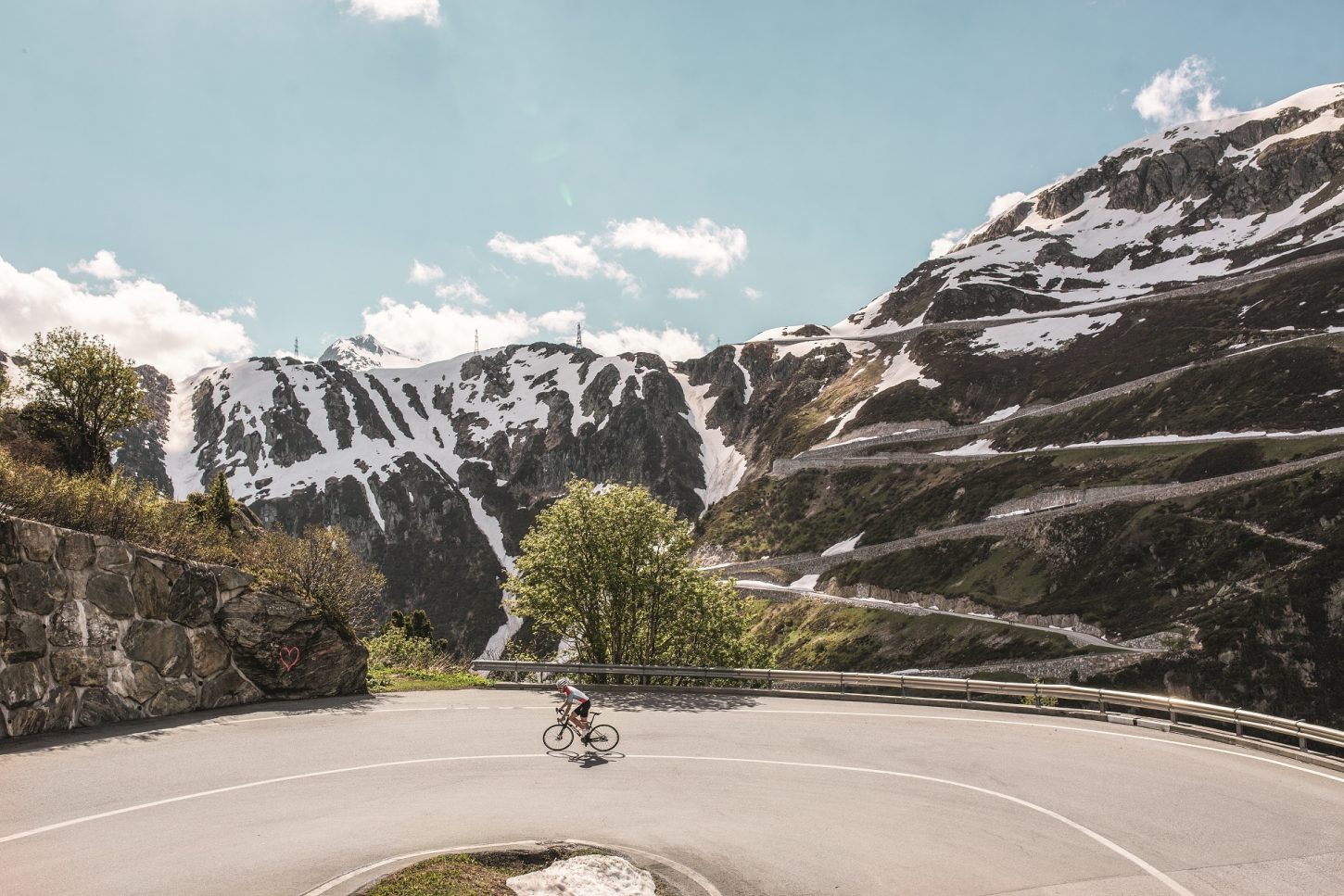 When the summer season lasts only three months (if you’re lucky) then you know you’re in an extreme place. Shrouded in mist and snow drifts for much of the year the Swiss Alps are a place of history, wonder and beauty in equal measure. Their size and expanse is often incomprehensible, instilling the feeling of vulnerability and insignificance to all who dare pass. Persevere and you’re rewarded with an experience that is simply beyond words and imagination. The engineering behind some of these great roads is nothing short of mind blowing, perfectly crafted hairpins and consistently challenging gradients are all part of their charm and character. The Swiss are renowned for their precision and having spent some time living in the country I can tell you that this stereotype goes well beyond watches and train timetables making it a truly unique place to explore.

Starting in the village of Andermatt, nestled in the Ursern Valley, we’re faced with a big day ahead. Three monster climbs above 2,000 meters and over 3,000 meters elevation gain across the 105 km ride is not something to be taken lightly. The first tip is to make sure that you’re well prepared for all conditions, no matter what time of year it is. The weather can change in a moment and the descents can be long and cold. The fourth highest pass in Switzerland after the Umbrail (2,501m), Nufenen (2,477m) and Grand St Bernard (2,469m), the Furka Pass is a popular climb, often ridden alongside its neighbouring Grimsel and Susten passes. Such is the selection of huge peaks in this region you’re often spoilt for choice.

It’s always tricky to bypass the Grimsel, its curves seen slicing their way heavenly from the summit of the Furka. Although today it’s the second climb that I feared the most, a climb that I’ve ridden a couple of times before and one that always had me on the ropes. On paper the Nufenen may appear to be a relatively straight forward grind, 13 kilometers in length with an average of 8.5%, but the reality couldn’t be further from the truth. Suddenly after 3.5 kilometers as the wind starts to howl and the gradient ramps up another notch, you realise exactly why the best Swiss rider of his generation Fabian Cancellara once described this as the hardest big climb in the country. A further four kilometres of battling in slow motion against the raw elements of nature and you hit a series of nine hairpins. Physical turns into a mental battle and it’s you against the mountain all the way to the summit. While the surrounding 4,000m high peaks leave you in awe, the most prominent of which is the 4,274m high Finsteraarhorn, it’s important to pace yourself well as the day is far from over.

The early slopes of the St Gotthard may appear to be nothing more than a maze of roads and bridges, it’s just beyond the town of Airolo, as you follow the signs for Tremola road, where this climb comes into its own. Legend has it that it first became accessible for pack mules by Emperor Charles the Great as early as the 760s. However, it would take more than a thousand years until what looks like a million or more cobblestones were laid and the Tremola road was born in 1832. It’s always amazing to take just a moment to wonder at all the people that have been on such a road over the centuries, who was the very first to scale the St Gotthard and the history that goes much further than the simple pleasure of riding a bike up and over such a marvel