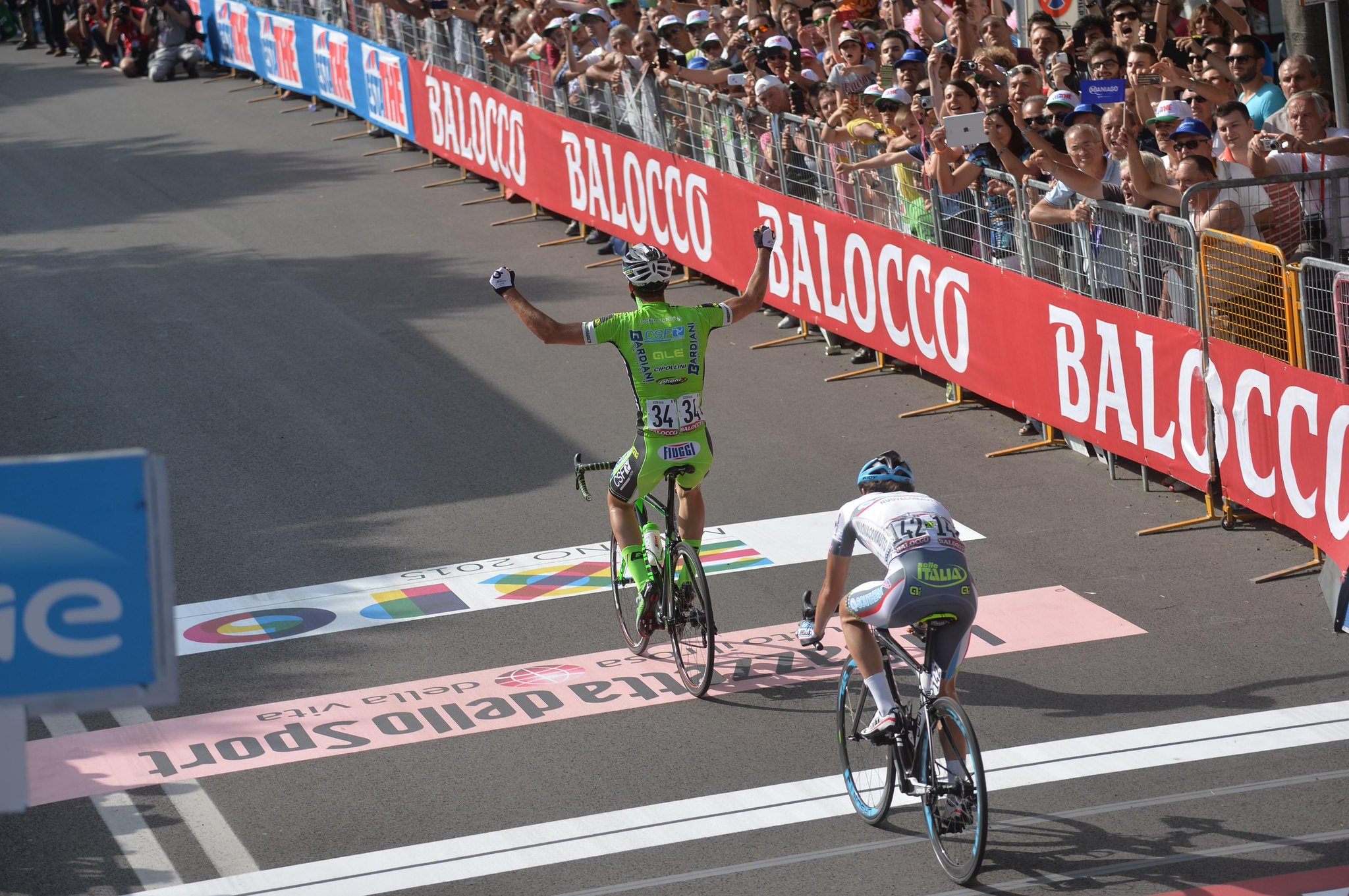 Meanwhile, Alberto Contador (Tinkoff-Saxo) succeeded in maintaining his grip on the overall race lead, after finishing safely in the peloton, for what turned out to be a relatively uneventful day for the maglia rosa wearer.

Gatto was the first escapee to give up the ghost, as the Italian rider sat up with a mechanical problem during the remaining 10 kilometers, and rejoined the peloton.

Meanwhile, the breakaway group continued to hold onto a 1:30 gap over the chase.

During the final run-in to Forli, Ritchie Porte (Sky) was the next rider to be plagued with a mechanical problem. This time it was puncture, that consequently saw the Sky rider get distanced by the field.

Back up front, the breakaway group was still clinging to a one minute lead. However, as the race entered into the final 2 kilometers, their advantage had been cut to just a minute.

From there, Marangoni decided to attack his breakaway companions just before final kilometer.

And, at one point, the Cannondale-Garmin rider appeared to be poised for victory. 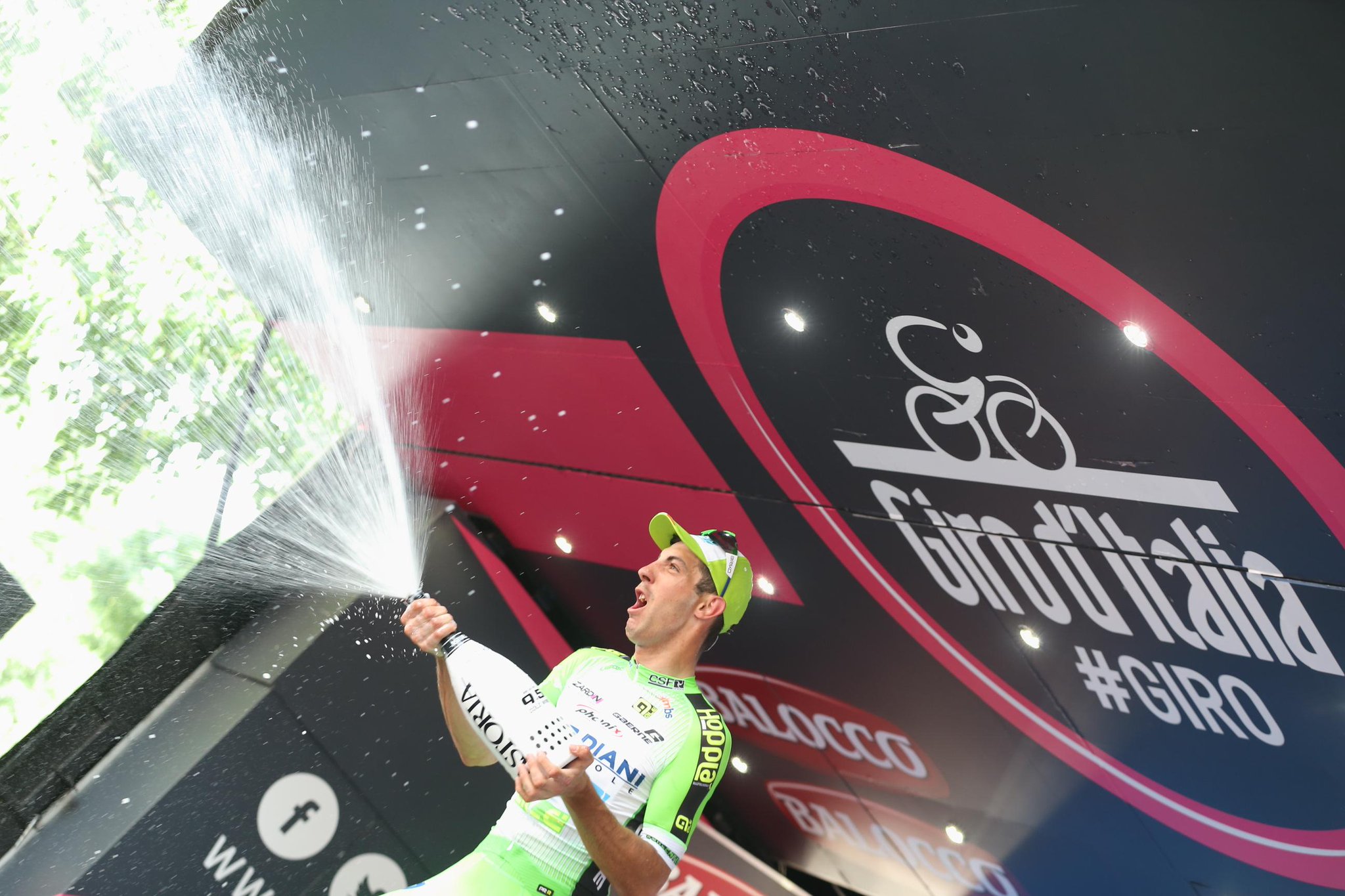 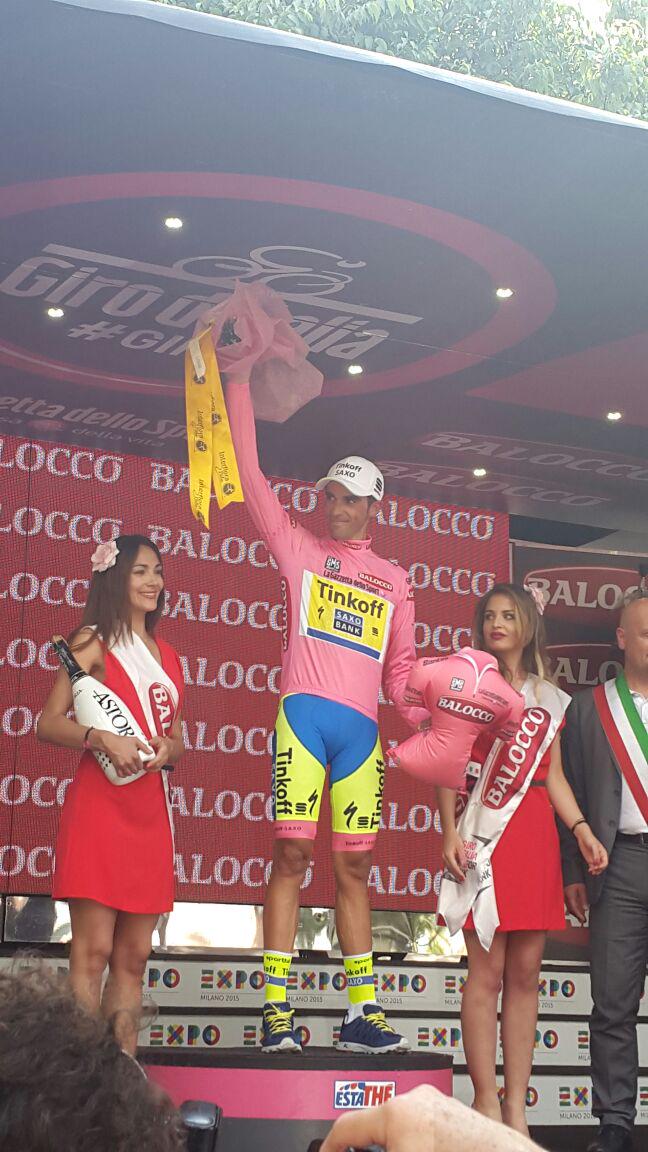