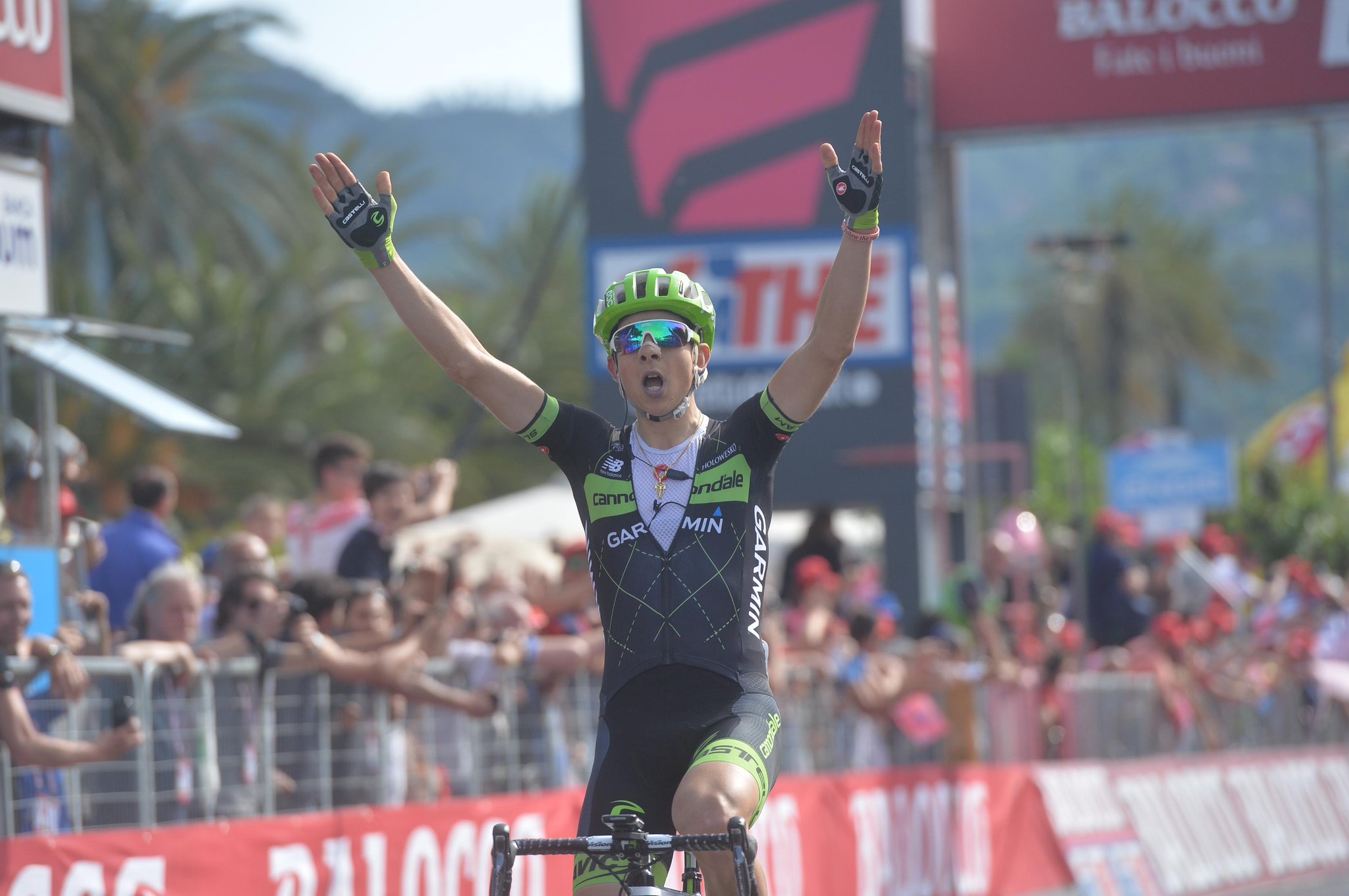 Formolo attacked from out of the breakaway group on the final climb of the day – 15 kilometers from the finish.

From there, the Italian rider went on to claim a solo victory, by almost half a minute over his closest rivals.

“Today we went full gas; we did the first climb at good power,” said Formolo. “I was in the first group. Luckily we had Roman [Kreuziger] in the first group, so Tinkoff would not work. I tried to break away in the second-to-last climb. … I tried again in the last climb, and luckily I could stay away … Amazing. “Today was my day, luckily.”

Meanwhile, Orica-GreenEdge succeeded in holding onto the overall race lead, as Simon Clarke sprinted to second place over Jonathan Monsalve (Southeast), while also taking the maglia rosa from his teammate Michael Matthews, who was dropped earlier in the stage.

“You saw the emotion crossing the line,” Clarke said. “I was just stoked to keep the jersey in the team. I knew Cannondale [Formolo] was still up the road, I just couldn’t hold the emotion in.

“It was a beautiful day on the bike for me. It was a real war out there. I really had to work hard on that last climb to regain contact with the first group. It’s an incredible sensation to have the maglia rosa. … One of the best days in my career.”

Eventually, a group of 7 riders managed to bridge themselves to the breakaway group over the top of the penultimate climb, to form a 13 -rider strong lead group.

With 35 kilometers remaining, the breakaway was holding onto sizable lead of 6:35 over the peloton.

But, back in the field, Astana was busy working hard to bring the gap down, for which the Kazakhstan team eventually halved during the final 30 kilometers.

With 15 kilometers to go, the escapee’s lead had dwindled down to 1:40.

At that point, Formolo could no longer contain his enthusiasm, and initiated his winning attack just one kilometer later.

Back in the breakaway group, Moinard and Giovanni Visconti (Movistar) were the next 2 riders to escape – giving chase to Formolo on the climb of the Biassa.

As Formolo made his way over the top of the climb, he was holding onto a lead of about 30 seconds.

Back in the chase, the duo, followed by a group of about 15 riders, tackled the final descent, while Aru, Alberto Contador and Richie Porte rode behind them – at about 10 seconds back.

With 4 kilometers remaining, the large chase group eventually caught Moinard and Visconti, but Formolo was still managing to stay out front with a half a minute plus gap to over the chase.

From there, Formolo clung to his lead during the final 2 kilometers, to seize the victory in La Spezia.

“I just wanted to try my luck,” Formolo said. “I wasn’t sure if I would have the legs to go all the way. It’s tremendous to win here today. It brings strong satisfaction. You must risk something to have a chance to win. This is the happiest day of my life on the bike, to win this stage today.”