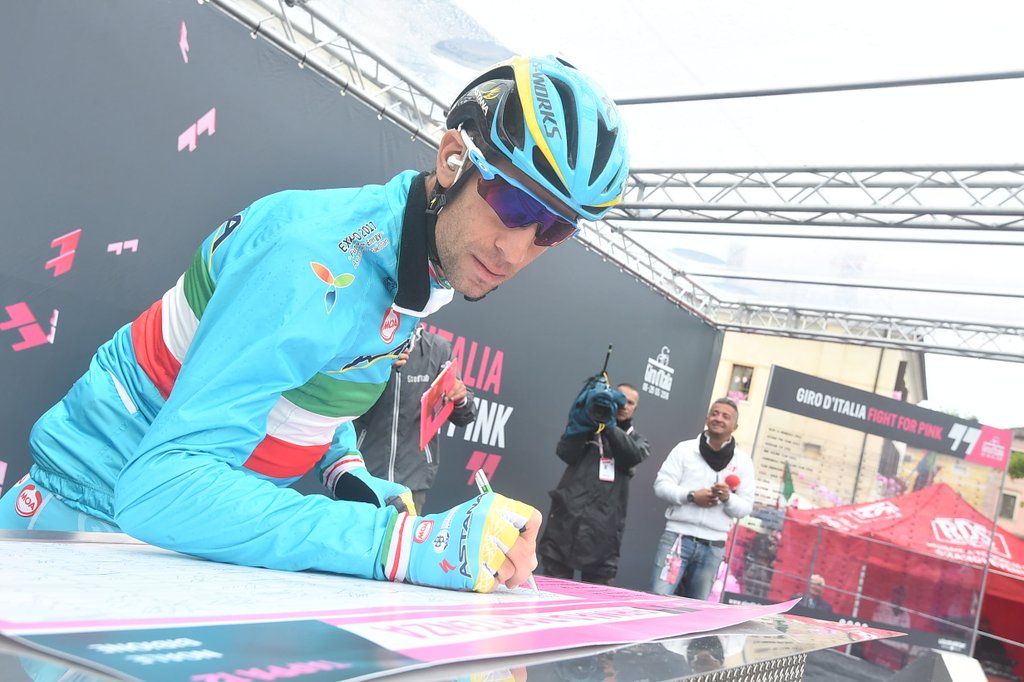 André Greipel scored a hat-trick in this year’s Giro d’Italia today, after the German powerhouse sprinted to victory well ahead of his closest rival, Caleb Ewan (Orica-GreenEdge), to score his third stage win in Bibione.

Meanwhile, race leader Bob Jungels (Etixx-QuickStep) finished safety in the peloton, to retain his grip on the overall race lead.

Today’s mostly flat stage saw an early breakaway group containing Daniel Oss (BMC Racing) and Mirco Maestri (Bardinain-CSF), go on to establish a modest gap over the peloton during most of the day.

However, the duo’s advantage began to dwindle steadily during the final 30 kilometers, to where the peloton eventually reined them in just a few kilometers later.

From there, Lotto – Soudal took charge of the peloton during the first of the two 16 kilometer finishing laps around Bibione.

With 2 kilometers to go, the Belgian team was busy moving Greipel into position, while Lapre-Merida was simultaneously moving their man Sacha Modolo into place as well.

It was during the closing 200 meters, that Greipel decided to launch his sprint, while Ewan followed.

At one point, it appeared as though the young Australian rider may have found the right line to squeeze past the German sprinter, but Greipel  quickly brought the curtains down on that affair, and easily clinched the stage honors.