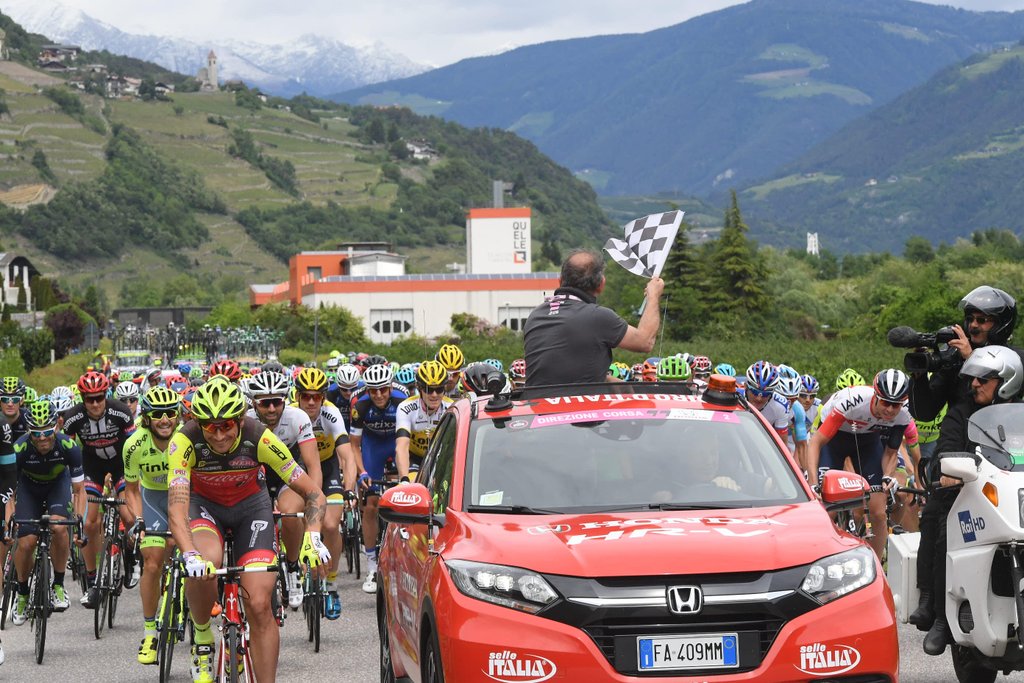 Alejandro Valverde (Movistar) claimed his first ever Giro d’Italia stage win, and moved himself back into contention for the overall victory, after winning today’s mountainous stage 16 in Andalo.

Valverde succeeded in beating race leader, Steven Kruijswijk, in a final sprint for the line, while the Dutch rider still managed to extend his lead in the overall classification for the second consecutive stage.

However, an ever-watchful peloton prevented any real breakaway attempts from getting underway.

Zakarin was particularly active during the first climb, briefly riding clear with Nibali’s teammate, Tanel Kangert, while Kruijswijk proceeded to thwart any attacks thrown at him.

Nibali made the biggest attack of the day, sprinting away on the first climb, while distancing second-placed Esteban Chaves (Orica-GreenEdge).

However, an ever-vigilant Kruijswijk and the others, managed to cover the attack.

On the second major climb of the day, Kruijswijk himself initiate an attack, only to be joined by Valverde and Zakarin.

From there, the trio continued to put distance between themselves and the Nibali/Chaves group.

Nibali would later crack on the sharp ascent with 10 kilometers remaining, while Chaves continued to try and bridged himself to the three leaders.

But, there was no catching the three escapees, as Valverde went on to seize the stage honors in a final dash for the line.