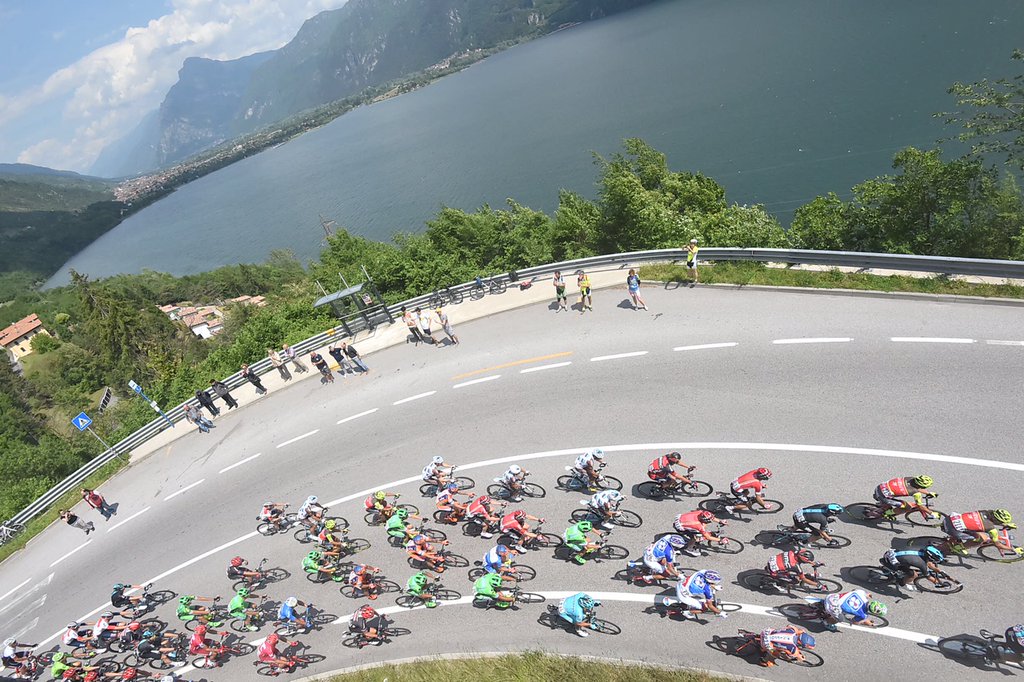 Roger Kluge (IAM Cycling) took a surprising win in stage 17 of the Giro d’Italia today, after the German rider managed to ride clear of the peloton and catch the final breakaway group during the last kilometer to claim a solo victory in Cassano d’Adda.

Kluge responded to an attack from Filippo Pozzato in the final kilometer, where and the IAM Cycling rider rider easily overtook the Italian on the final straight to hold off the sprinting favorites.

From there, the trio went on to establish almost a six minute advantage over the peloton.

However, their lead would eventually fall to under a minute once they entered into the final 30 kilometers.

Not long after, the escapees were joined by Maxim Belkov (Katusha), Lars Bak (Lotto-Soudal) and Ignatas Konovalovas (FDJ), who managed to hold onto a a 20 second gap before before Kluge emerged out of the crashing peloton to catch and pass the leaders inside the final kilometer, and go on to seize a solo victory.