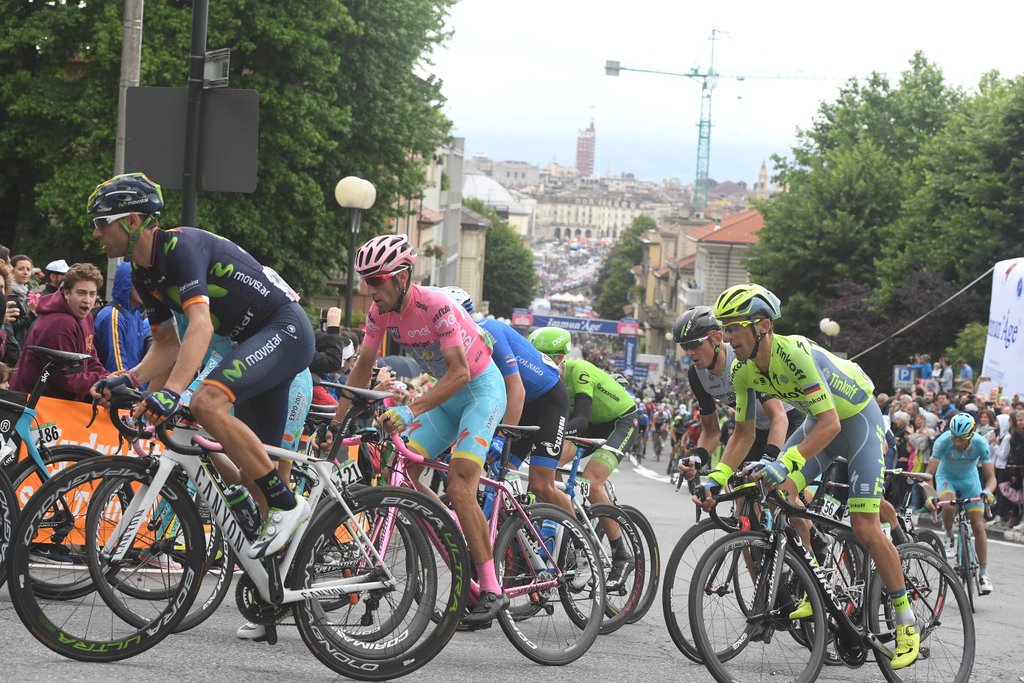 Vincenzo Nibali (Astana) won the overall victory in this year’s Giro d’Italia today, after finishing safely in the peloton during the the final stage to Turin.

Meanwhile, Nikias Arndt (Giant-Alpecin) was awarded the final stage win, after Giacomo Nizzolo (Trek-Segafredo) was relegated by race officials for an “irregular” sprint, bringing the curtains down on the Italian rider’s hopes for a first Grand Tour stage victory.

The day’s only breakaway consisted of LottoNL-Jumbo’s Maarten Tjallingii and Jos van Eden, who managed to escape the peloton after 65 kilometer of racing – later building up a slight gap of around one minute.

Not long after the escapees were caught, Sonny Colbrelli (Bardiani-CSF) was involved in crash with a spectator after he attacked during one of the final short climbs of the stage.

From there, GC riders began falling off the front and making way for teams to begin ushering their respective sprinters into place in what was shaping up as sprint finale along the wet and broken roads toward the final run-in to Turin.

Rounding the final right-hand corner, Nizzolo decided to launch his sprint, initially leaving his rivals unable to match his acceleration. However, race officials subsequently awarded Arndt the victory, after they determined that the Italian sprinter had engaged in an “regular” sprint.

In the meantime, Nibali rolled across the finish along with third place finisher Alejandro Valverde (Movistar), while Esteban Chaves (Orica-GreenEdge) finished shortly behind them to secure second spot on the final podium.