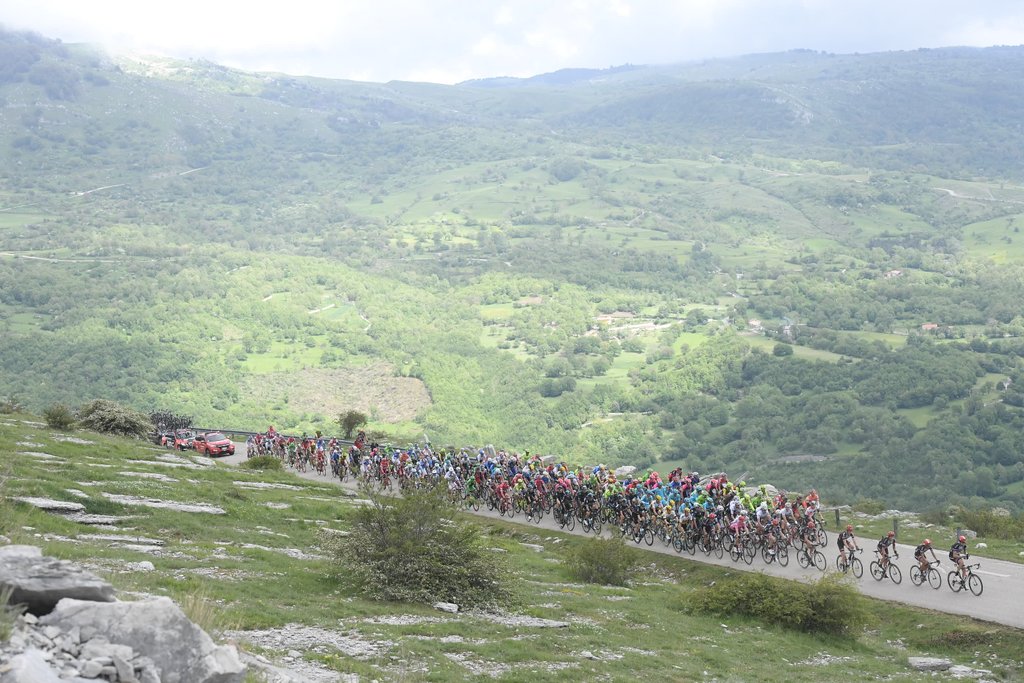 Tim Wellens claimed a second successive victory for Lotto-Soudal today, after winning stage 6 of the Giro d’Italia‘s, which marked the first challenging mountain stage in this year’s Italian grand Tour.

Meanwhile, Tom Dumoulin’s fourth place finish, was enough to keep the Giant-Alpecin in the maglia rosa, after finishing 1:22 down on the leaders.

Wellens made his decisive move on the second of two second-category climbs 15 kilometers from the finish of today’s 157-kilometer stage from Ponte Aremogna, accelerating clear of a four-man break that had earlier included his Dutch team-mate Pim Ligthart.

“Firstly I wanted to go from the beginning but I didn’t succeed so I went later with Pim and we joined the leaders and I felt really good so attacked on the final climb,” said Wellens.

But all the action was taking place further back down the mountain, after Dumoulin initiated a fierce attack to ride clear with Ilnur Zakarin (Katusha) and Domenico Pozzovivo (Ag2R-La Mondiale).

The trio later caught the chasing duo of Jakob Fuglsang (Astana) and Kanstantsin Siutsou (Dimension Data) before the finish to take time off race favorite Vincenzo Nibali, who was not able to match Dumoulin’s acceleration following an attack of his own during the final two kilometers.

Crossing the line one minute and 19 seconds down on the victor, Fuglesang suceeded in nixing Zakarin in a fierce sprint for second place to move into second spot in the overall GC, 26 seconds down on Dumoulin. As a result, Zakarin now sits in third spot, at 28 seconds after Dumoulin was distanced by a few seconds towards the finish.

Esteban Chaves meanwhile, was first of the chase group of race favorites to cross the line a further seven second, ahead of his chief rivals Rigoberto Uran (Cannondale), Rafal Majka (Tinkoff) and Alejandro Valverde (Movistar), who one by one crossed the finish.

Despite conceding some time to Fuglsang and Zakarin, Dumoulin extended his lead over the principal race favorites by almost half a minute.

In the meantime, Nibali kept his place in the top ten GC, but dropped from sixth to ninth, 47 seconds down Dumoulin.

“I felt much better than I expected today especially in the final climb when I had good legs,” Dumoulin said after today’s stage. “I asked [Giant-Alpecin team-mates] Tobias Ludvigsson and Georg Preidler to pace me at the start of the climb and then I saw the moment to attack. I just went and didn’t think about it.”