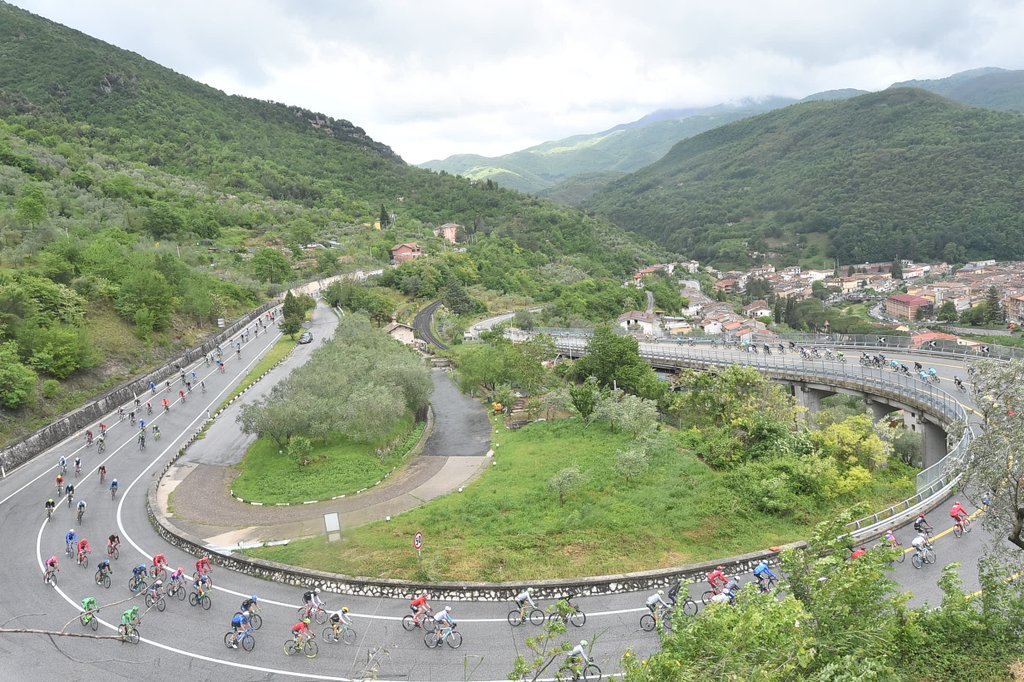 Andre Greipel is making his presence known unlike any other rider in this year’s Giro d’Italia, as the Lotto-Soudal powerhouse claimed yet another sprint victory in Foligno today, after executing one of his signature explosive sprints for the line.

Despite finding himself blocked in by other riders, Greipel managed to fight his way through the bunch to unleash his sprint during the closing meters, to deny his closest rivals Giacomo Nizzolo (Trek-Segafredo), Sacha Modolo (Lampre – Merida) and Caleb Ewan (Orica-GreenEdge) the victory.

“It was a hard day, a really hard day,” Greipel said. “There was a strong break upfront but my team did an amazing job again. They killed themselves to bring the race back together. We hit the front early and but I was happy to find a gap, get through and win.”

Kung would later go on to attack his fellow escapees during the final 20 kilometers, subsequently opening up a slight gap of less than half a minute over the peloton, before being reined in during the last 7 kilometers.

From there, the peloton took over, with teams ushering their respective sprinters into position during the closing kilometers.

Meanwhile, Tom Dumoulin (Giant-Alpecin) finished safely in the peloton, to maintain his grip on the overall race lead.