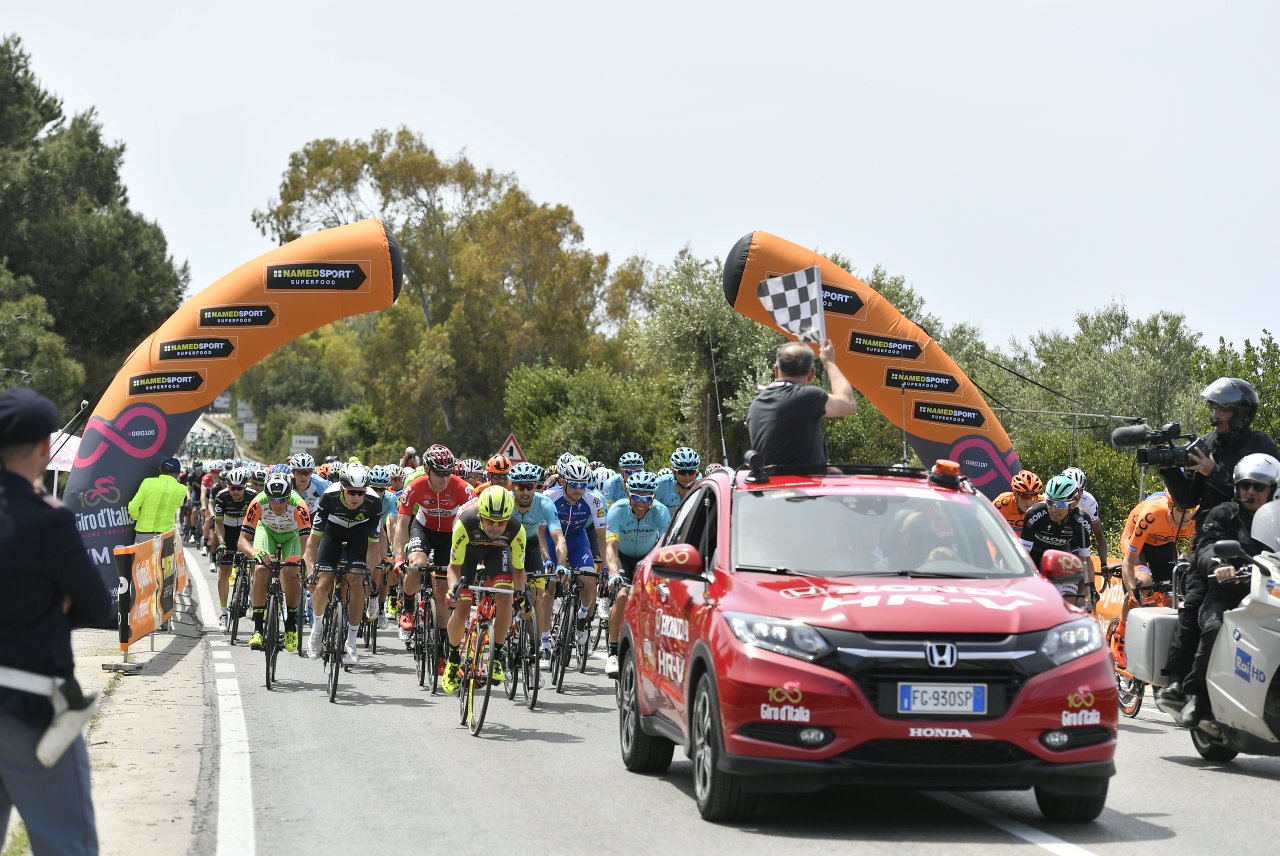 Pöstlberger hit the front with two kilometers to go in support of his teammate Sam Bennett, but when a gap opened behind him he simply kept on going. He even had time to sit up and celebrate before he crossed the line.

Speaking seconds after the stage finish, the new race leader Lukas Pöstlberger said, “it’s a surprise! I knew my shape was good. We wanted to try to lead Sam Bennett out but he lost my wheel and when I saw a gap, I decided to try myself. I gave all I had. It worked out. This is my first professional win and I get the Maglia Rosa. It will take me a long time to believe this.”

Today’s mostly flat 206 kilometer stage from Alghero to Olbia, saw the peloton maintain a relatively slow pace of less than 40km/h, with only a longstanding breakaway animating the race.

Cesare Benedetti won the three intermediate climbs to take the maglia azzurra on a brilliant day for Bora-Hansgrohe, who took a clean sweep of all of the race jerseys.

In the meantime, Eritrean rider Daniel Teklehaimanot also put in a fine effort with the day’s six-man breakaway group, which was eventually reeled in 5 kilometers from the finish.

From there, a mass sprint looked imminent. But, Postlberger managed to ride clear of the lead group, as the sprinters readied themselves for the finale.

However, by the time the group reacted to Postlberger’s aggressions, the Bora-Hangrohe rider’s move proved unassailable.