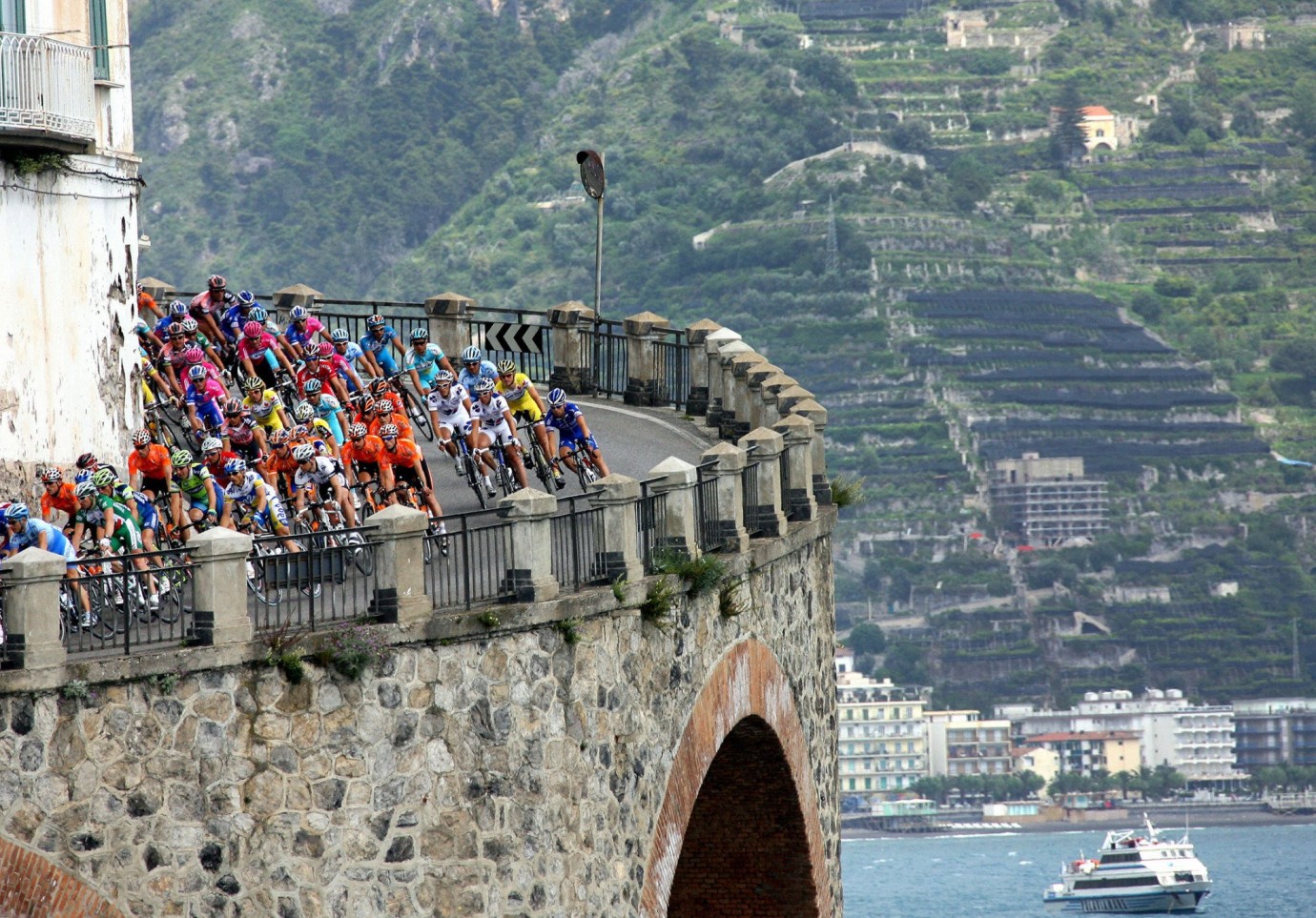 Gorka Izagirre (Movistar) claimed stage 8 of the Giro d’Italia today, after a hard fought battle along the summit finish in Peschici ahead of Giovanni Visconti (team) and Luis Leon Sanchez (Astana).

Meanwhile, Bob Jungels crossed the line only 12 seconds later with the peloton, holding on to his race lead for another day, with six seconds over Geraint Thomas (Sky) and 10 seconds ahead of Adam Yates (Orica-Scott).

It wasn’t until after 60 kilometers of racing, that a sizable number of riders managed to move clear of the peloton.

However, the group never managed to establish much of an advantage over the main field.

When the race reached the climb of the Monte Sant’Angelo climb, Sanchez decided to attack, leaving his breakaway companions behind.

With the escapees just 1:10 ahead, attacks started coming from within the ranks of the peloton, as riders attempted to bridge their way to the breakaway group.

As Sanchez began the descent, he was maintaining more than a one minute advantage over his former breakaway companions, and almost two minutes over the peloton.

However, it wasn’t long before the Spanish rider was eventually reined in by the chase – bring the breakaway group back together again.

With 50 kilometers to go, the breakaway group had once again opened up a substantial gap of more than four and a half minutes over the peloton, putting Conti in the virtual leader’s jersey.

From there, Quick-Step, alongside Team Katusha, decided to take up the chase in earnest, eventually reducing the breakaway group’s lead to around two minutes with 37 kilometers to go.

Conti then attacked again, taking four other riders with him, including Sanchez, Visconti and Izaguirre.

The quartet proceeded to open up a gap of more than three minutes over the peloton.

However, a determined chase effort led by Quick-Step steadily reduced the breakaway group’s lead to around two minutes with 15 kilometers to go.

With 10 kilometers to go, Team Sky’s Mikel Landa attacked from out of the peloton, putting himself briefly into the virtual maglia rosa before being pulled back by the bunch.

Back up front, Conti, Sanchez, Visconti and Izaguirre played a game of cat-and-mouse during the final few kilometers.

But, Conti was caught up in slight mishap during the final climb, causing him to lose contact with his breakaway companions, who were left to contest the finish without him.

Izaguirre ultimately succeeded in dropping his rivals to give Team Movistar its first stage victory in this year’s Giro.