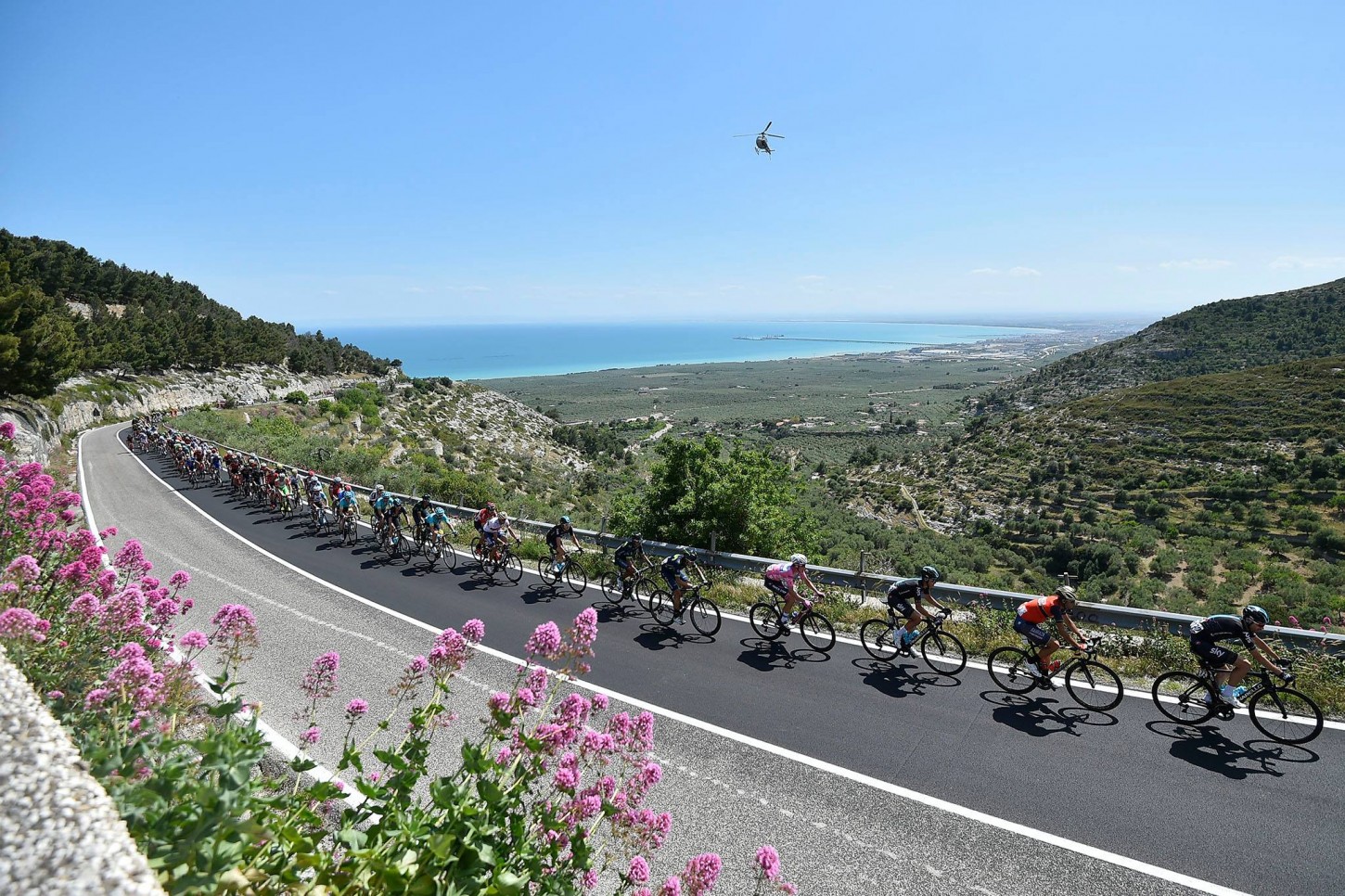 Nairo Quintana (Movistar) stamped his authority all over the Giro d’Italia with a commanding win on Blockhaus to take stage 9 of the race, along with the leader’s pink jersey.

Quintana attacked several times along the brutal climb, and despite Thibaut Pinot (FD) and Vincenzo Nibali (Bahrain Merida) being to counter the Colombian rider’s aggressions, they both proved  powerless when he accelerated away with 5 kilometers to go.

Quintana’s decisive attack cracked Nibali completely, leaving Pinot, Tom Dumoulin and Bauke Mollema to wage a full scale chase effort in order to try and reel him back in. However, with 2,000 meters to go the Movistar rider was maintaining a 25-second lead that proved unassailable for the trio, with Pinot finishing second, and Dumoulin third, before bonus seconds.

Meanwhile, former race leader Bob Jungels (QuickStep Floors) was dropped on the early slopes of the climb, while a huge crash that took down Geraint Thomas, Mikel Landa and Adam Yates. The trio were among the riders who were clipped a poorly placed race motorbike on the lower slopes of the final climb.

The group was soon joined by Tomasz Marczynski (Lotto Soudal), Pierre Rolland (Cannondale) and Sacha Modolo (UAE Team Emirates), which went on to establish an advantage of just under four minutes, while Movistar remained active at the front of the peloton to ensure the breakaway  group didn’t create too much of a gap leading up to the final Blockhaus climb.

Indeed, the group’s lead quickly diminished on the early slopes of the Blockhaus and the last remnants of the group were finally swept up with 22 kilometers to go, as teams began gearing up for the battle along the final ascent.

Chaos later struck however, when Thomas, Landa and Yates among other riders were taken down by a stationary motorbike as the peloton fought for position.

Movistar could do nothing but continue to push the pace, and it soon became clear that Quintana was in fine form along his preferred kind of climb.

From there, he proceeded with his first attack with around 7 kilometers to go, taking only Nibali and Pinot with him.

Quntana, Pinot were closely matched heading into the final 5 kilometers, but a subsequent attack shortly thereafter from Quintana proved decisive.

While Pinot continued to follow, Nibali tried to hold the pace but eventually relented and dropped back.

Further back, the Dutch duo of Bauke Mollema (Trek-Segafredo) and Tom Dumoulin tried in earnest to make their way back to the front and reached Pinot with just over 2 kilometers remaining.

Pinot and Dumoulin eventually dropped Mollema, and were able to come within 24 seconds of Quintana, who went on to easily claim stage victory and take over the race lead.