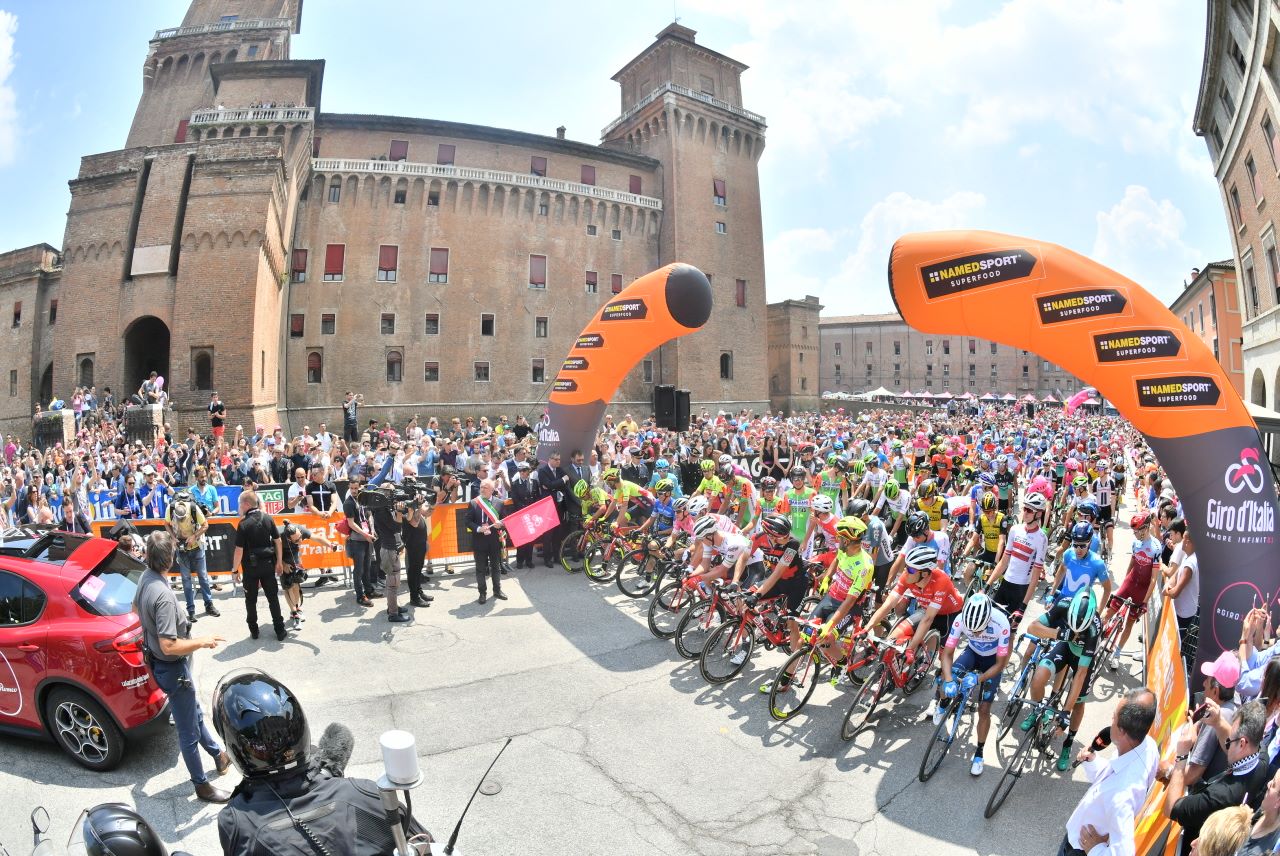 Meanwhile, race leader Simon Yates (Mitchelton-Scott, along with his main rival and defending champion Tom Dumoulin finished safely in the peloton, with the British rider maintaining a 47-second  lead over his Dutch challenger.

This flat stage always looked like one for the sprinters, but when unheralded Italian rider Marco Coledan launched a solo attack with a kilometer and a half to go he almost caught the lead-out trains off-guard.

Viviani previously won the second and third stages of the Giro during the Big Start in Tel Aviv and Eilat but has struggled since, while Irish rider Sam Bennett claimed two sprint victories and has closed the gap to within 22 points of the Quick-Step rider in the points classification.

But this time Viviani picked the correct line down the left hand side of the road as Danny van Poppel and Sacha Modolo led it out after Coledan had been reined in, and his explosive power took him clear.

Van Poppel held on for third, with Modolo left disappointed in fourth, thumping his handlebars in frustration as he crossed the line.

A defining few days for the British leader

Yates’ Michelton-Scott team kept him towards the front of the bunch as the pace accelerated in the final 30 kilometers, and his thoughts now turn to the Zoncolan on Saturday afternoon.

Yates has enjoyed eight days in the race leader’s maglia rosa and will hope to take more time out of reigning champion Dumoulin in the two mountainous stages that come before Monday’s rest day.

Dumoulin, world time-trial champion, is expected to take at least a minute and a half out of Yates on Tuesday’s 34.2 kilometer time-trial, but the Zoncolan could yet blow the general classification apart.