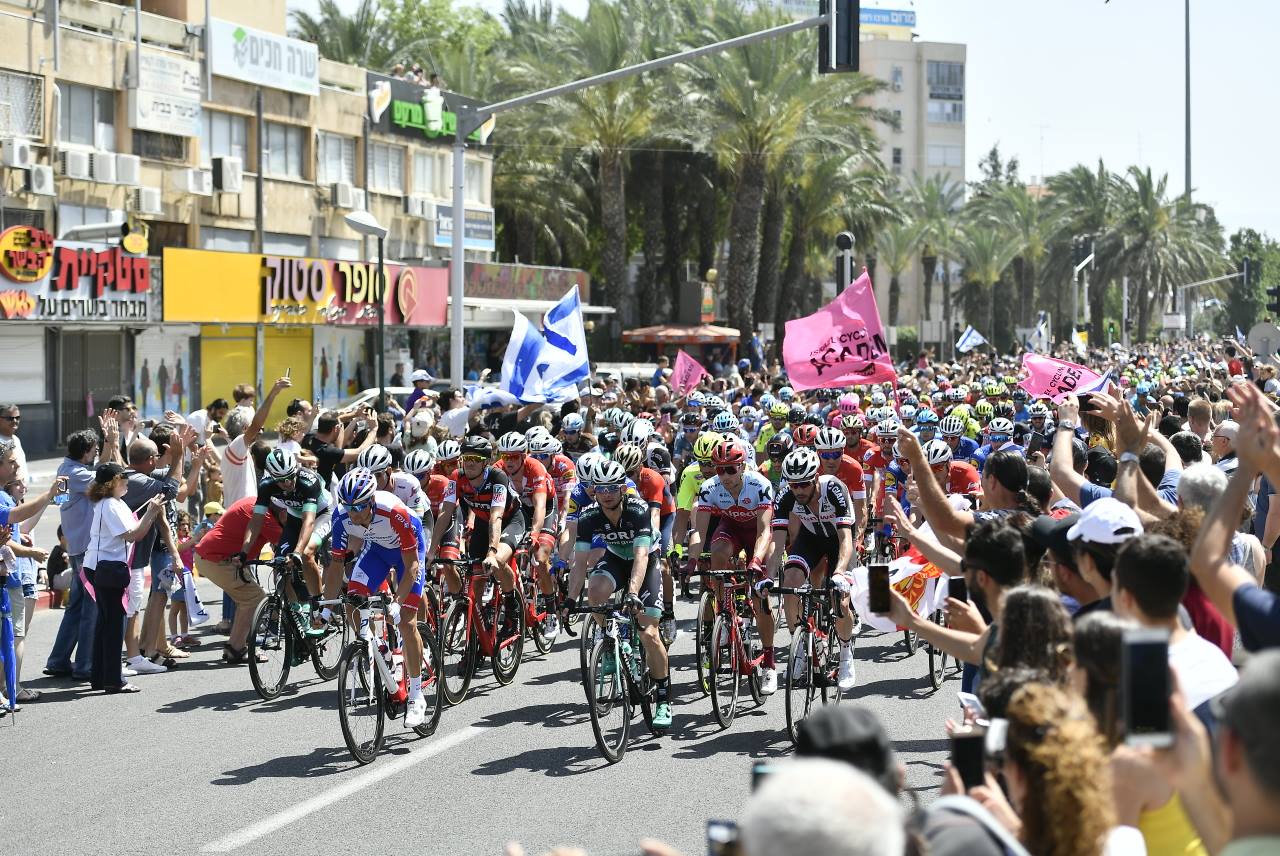 Elia Viviani (Quick-Step Floors) claimed stage 2 of the Giro d’Italia today, after the Italian rider commenced a late surge from deep within the lead group to fend-off Jakub Mareczko (Wilier Triestina) and Sam Bennett (Bora-Hansgrohe) to seize the stage honors in Tel Aviv.

Meanwhile, thanks to a time bonus, Rohan Dennis (BMC Racing) wrested the pink jersey from the shoulders of Tom Dumoulin (Sunweb) to takeover the overall race lead.

From there, the trio went on to establish an advantage of more than three minutes over the peloton.

However, their time our front was eventually brought to a close with 75 kilometers still remaining.

BMC Racing began taking over the pacesetting duties from there, ultimately moving Dennis into perfect position to win the intermediate sprint and assume the virtual race lead.

Shortly thereafter, Victor Campenaerts (Lotto-FixAll) attempted a lone escape, but the Belgian rider was quickly reeled back in only a few kilometers later.

With more than 40 kilometers still remaining, Guillaume Boivin (Israel Cycling Academy) was the next to try his luck. But, the Canadian rider was later caught by the peloton with around 15 kilometers to go.

Teams like Bora-hangrohe, Bahrain-Merida, LottoNL-Jumbo and Quick-Step then began amassing at the front with the goal of moving their respective sprinters into position to contest the finale.

However, riders like Tony Martin and Jose Goncalves (Katusha-Alpecin) attempted some last minute escapes, but the speed of the peloton easily neutralized any attempts to ride clear.

With two kilometers to go, Lotto-Soudal’s Tosh Van Der Sande attempted but another escape, but similar to his predecessors, he was quickly brought back into the fold.

From there, the race began its inevitable build-up to a sprint finale, with Viviani emerging as the victor.