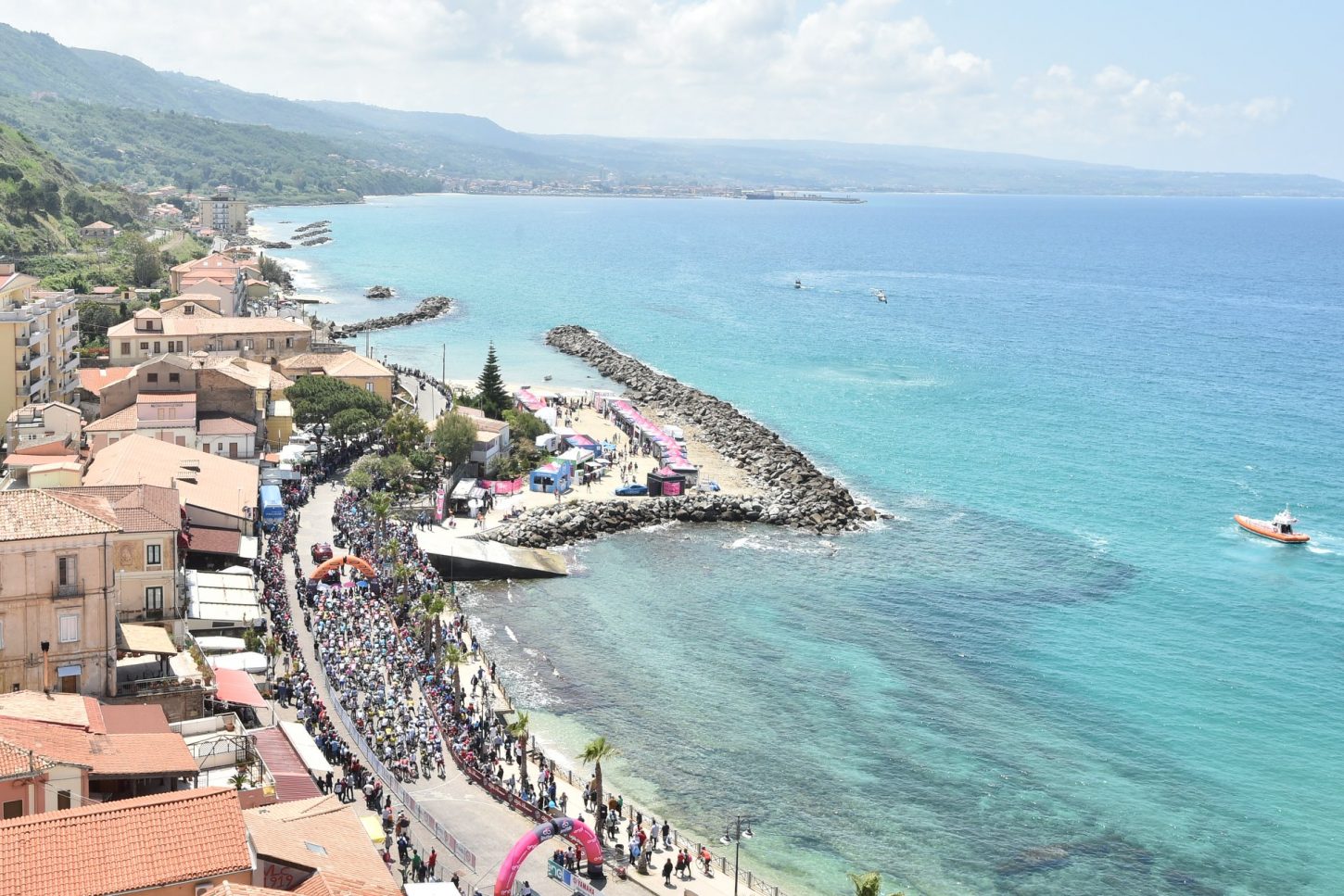 Sam Bennett opened up his Grand Tour account with a fine sprint victory over Elia Viviani to claim stage 7 of the Giro d’Italia in Praia a Mare today.

In a fast and furious conclusion to the flat 159 kilometer stage along the Calabrian coast in the toe of Italy, Bora-Hansrohe’s Bennett turned the tables on hot favorite Viviani of Quick-Step Floors to take the biggest scalp of his career

Bennett said, “I’m really happy. We tried so hard in other sprints but never got the timing right. The team did a fantastic job and I want to thank everyone who helped me get to this point.”

Bennett powered through from the slipstream of a tiring Viviani on the home straight to win by a wheel as Italy’s Niccolo Bonifacio (Bahrain Merida) showed his class by recovering from a late puncture to take third place.

While unable to turn his streak of wins from Israel into a historic first-week hat-trick, Viviani consolidated his lead in the maglia ciclamino points classification after mopping up maximum points at the two intermediate sprints in the wake of a doomed three-man break that was reeled in with less than 20 kilometers remaining.

From there, the escapees went on to establish an advantage of more than four minutes over the peloton.

However, after a long day out front, the breakaway group was eventually reined in by the peloton with 12 kilometers to go.

During the closing kilometers, riders like Van Poppel, Niccolo Bonifazio (Bahrain-Merida), Viviani and Bennett began amassing at the front for an inevitable sprint showdown, with the Irish rider emerging victorious.