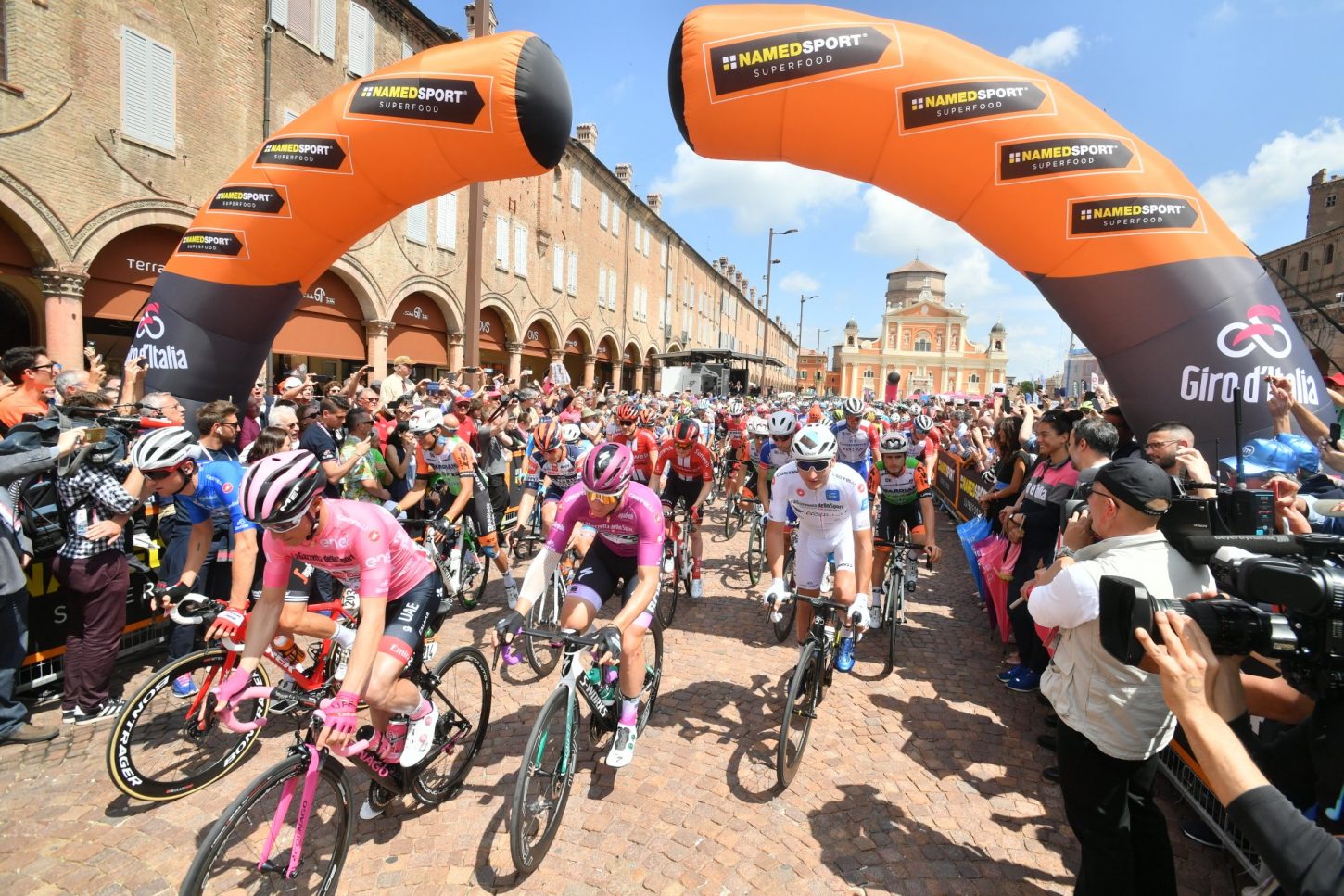 Ackermann was the first rider to open up his sprint during the closing few hundred meters. But, the German rider faded, allowing Ewan and Demare to come around him and grab the top spots on the podium.

In addition to his second place finish, Demare also became the new wearer of the ciclamino jersey as well.

Meanwhile, Valerio Conti (UAE Team Emirates) finished safely in the peloton to retain his grip on the maglia rosa with a 1:50 lead over Primoz Roglic.

Damiano Cima, Mirco Maestri and Marco Frapporti managed to escape the peloton during the first few kilometers of today’s 221 kilometer stage from Carpi to Novi Ligure.

From there, the escapees went on to establish an advantage of more than five minutes over the peloton.

However, after a long day out front, the trio was eventually reined in with 24 kilometers to go.

With 4 kilometers remaining, Christian Knees tried his luck, but the Team Ineos rider was quickly reeled back in.

Groupama-FDJ led into the final kilometer in support of Demare.

But, despite not having much support from his team, a vigilant Ewan was able to make his way to the front after grabbing onto Ackermann’s wheel, while Elia Viviani also followed in their strip-stream.

Finding himself at the front, Ackermann was forced to open up his sprint first.

However, Ewan timed his final surge to perfection, coming around Ackermann and staying ahead of Dermare to claim the stage honors.

In the meantime, Viviani found himself boxed in and unable to contest the sprint.