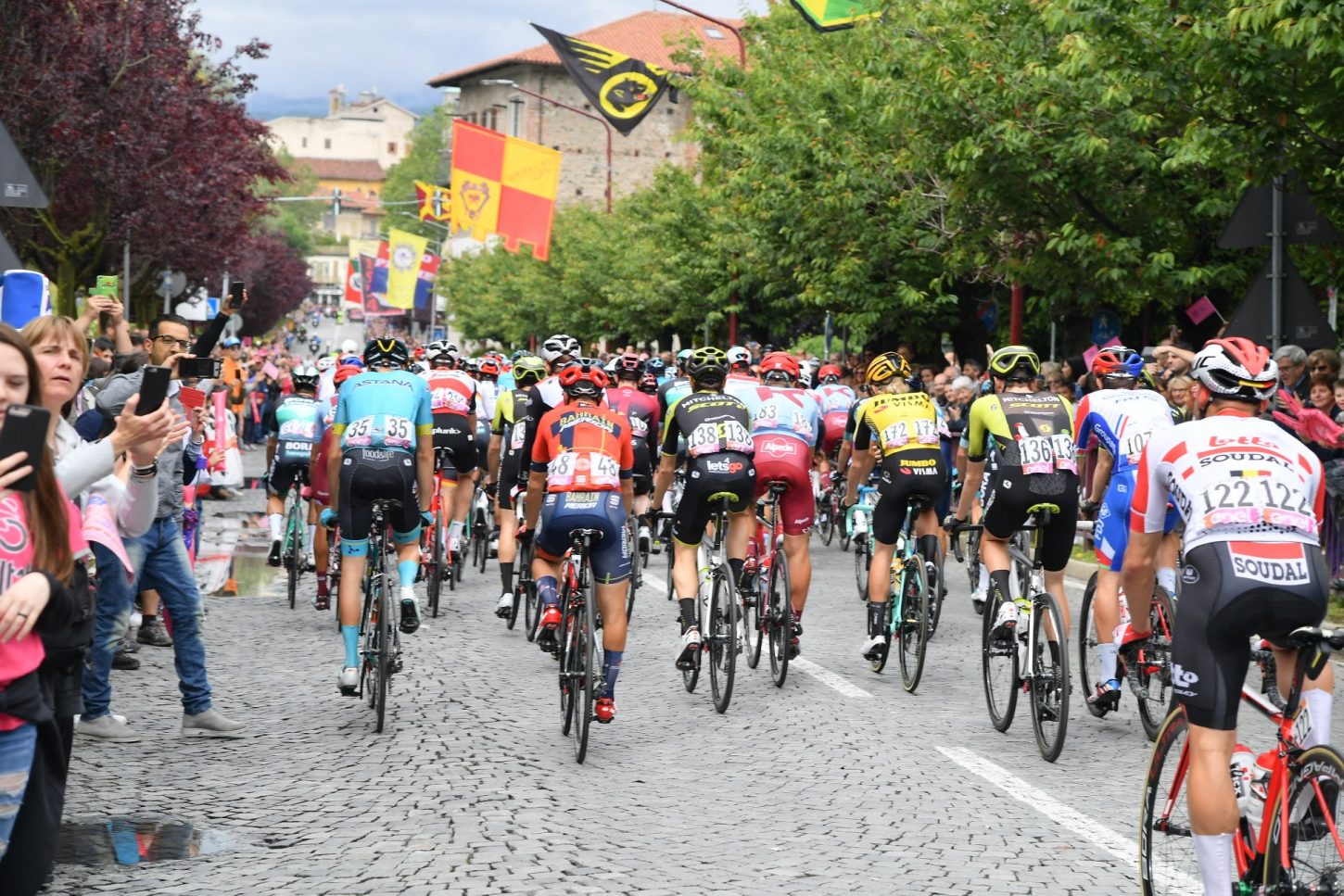 Meanwhile, Richard Carapaz (Movistar) extended his lead over Primoz Roglic (Jumbo-Visma), who suffered a mechanical problem followed by a crash that saw the Slovenian rider lose almost 40 seconds to his closest rivals.

Under pressure from a huge attack from Vincenzo Nibali (Bahrain-Merida) and Carapaz on the decisive Civiglio climb, Roglic, who trailed Carapaz by just seven seconds going into the stage, crashed into the barriers on a tight corner inside the final five kilometers.

Cattaneo and Dario Caltaldo proceeded to animate things soon after the stage got underway, breakaway away from the peloton and later building up a massive advantage of 16 minutes as the duo passed over the rice fields of Lombardy and into the foothills of the Alps.

In a brief flurry of excitement, Arnaud Demare moved two more points clear of Pascal Ackermann in the maglia ciclamino competition after the two riders battled it out when the peloton passed through the first intermediate sprint at Busto Arsizio.

The teams of the general classification contenders were finally stirred into action ahead of the famous Madonna del Ghisallo climb, which saw the pack whittled down and Belgian Jan Bakelants (Team Sunweb) enjoy a brief foray off the front.

Cataldo led Cattaneo over the summit after the latter had to fight back from a bike change on the foot of the final ramp, with the gap down to just over seven minutes.

The Mitchelton-Scott team of Yates put in a series of strong showings on the front of the thinning pack and it was no surprise when the Briton put in the first big attack on the Colma di Sormano inside the final 50km.

Movistar duo Landa and Carapaz were quick to reply along with Nibali, but an isolated Roglic was caught dozing. The leaders came back together before Yates put in another attack to open up a small gap. There was no panic from his rivals, though, and the reigning Vuelta champion was reeled in just as the favourites went over the summit of the Sormano.

A long, twisting and breathtakingly beautiful descent to the banks of the shimmering lake was not free from incident: Cattaneo’s backwheel locked on one hairpin bend while American Joe Dombrowski (EF Education First) saw his front wheel give way in front of him, sending him catapulting to the ground and knocking down Bakelants in the process.

But the most notable flashpoint was a mechanical issue for Roglic, which saw the Slovenian lose touch with his rivals and require a bike change with teammate Tolhoek ahead of the final climb.

The leading duo hit the start of the Cat.3 ascent of Civiglio with a gap of four minutes making a maiden Giro stage win for one of them almost certain.

Yates was the first of the favourites to kick out on the climb, chasing down an earlier move by compatriot Carthy. Behind, it all kicked off when Nibali struck out with just over 10km remaining – taking Carapaz with him but heaping the pressure on Roglic.

Nibali and Carapaz caught and passed Yates and then joined Carthy just ahead of the summit. Nibali surged clear on the downhill as Roglic, perhaps struggling on an unfamiliar bike on the technical drop into Como, came a cropper on a hairpin bend.

Roglic was left in a painful embrace with the barriers separating him from a big drop down the hill. He remounted and battled to limit his loses – but the final hour of racing on Sunday will no doubt haunt his rest day.

Up ahead it was a two-way battle for the win between the experienced Cataldo and Cattaneo. Having finished runner-up in stages in 2010 and 2014, it was third time lucky for 34-year-old Cataldo, who finally tasted victory in his tenth appearance in his national race.

“I was not thinking to go in the break today because I had two difficult days,” Cataldo said. “This morning I was just thinking ‘I have to go to the finish line’. But at the beginning the legs were okay, I just tried one time to follow Cattaneo and the legs were going well.

” At the end I was confident in myself. It was an amazing finale. Cattaneo kept me working. I said ‘Okay, I do my best in the sprint’ and it was okay. It’s something amazing – something I’ve been dreaming of all my life.”

Behind, Nibali was caught by the chasing trio and it was Yates who took the final bonus seconds for third place to rise another spot in the overall standings to seventh. After two strong days in the saddle, Yates is now 5:24 down on Carapaz and will be eyeing a possible top-five finish.

Roglic will enter the second rest day licking his wounds but relieved that his losses were not greater. But with Carapaz showing that he is the strongest climber on the race – and with Movistar far stronger than the Slovenian’s Jumbo-Visma squad, Roglic will not be able to rely on the final 15km time trial in Verona to overturn any deficit – especially if it continues to grow.