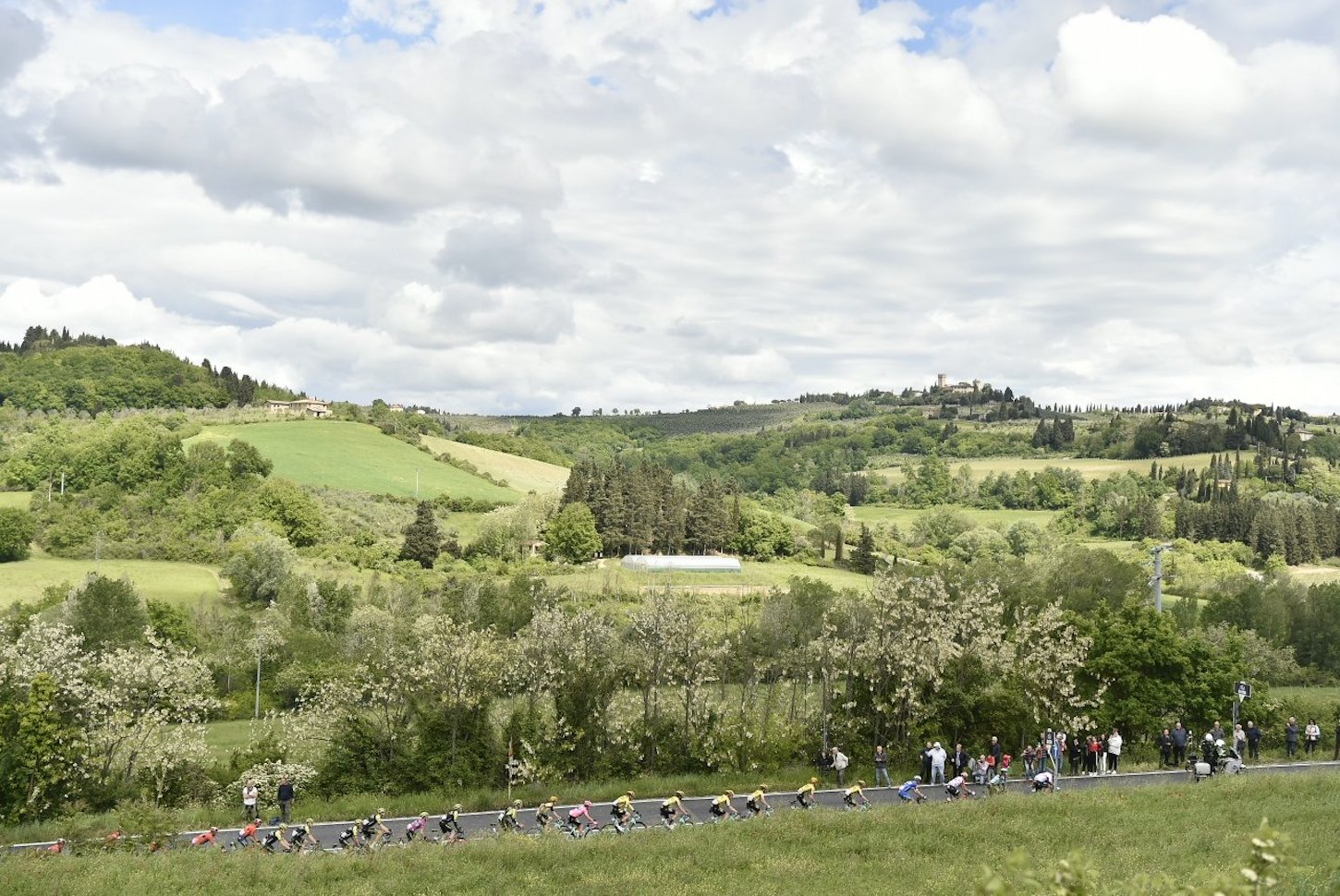 Bora-hansgrohe’s Pascal Ackermann claimed stage 2 of the Giro d’Italia today, after the German rider beat Elia Viviani (Deceuninck-Quick-Step) and Caleb Ewan (Lotto-Soudal) in a three-way sprint for the finish in Fucecchio to take his first Grand Tour victory.

Meanwhile, race leader Primoz Roglic crossed the finish safely in the peloton to maintain his lead in the overall classification.

Today’s 205 kilometer stage from Bologna to Fucecchio saw continuous rain, but that didn’t hamper riders like Marco Frapporti, Lucaz Owsian, François Bidard, William and Giulio Ciccone from escaping the clutches of the peloton early on.

From there, the escapees went on to establish an advantage of more than four minutes over a peloton, while team such as Jumbo-Visma, Deceuninck-Quick-Step, Bora-hansgrohe, UAE-Team Emirates and Bahrain-Merida kept a watchful eye on their lead.

Back up front, Ciccone was the first rider to crest the penultimate climb of the day, further securing the Italian rider’s grip on the blue KOM jersey.

However, a vigilant peloton eventually succeeded in reining in the breakaway group after a fast descent with 7 kilometers to go.

With the escapees caught, teams like Bora-hansgrohe, Lotto-Soudal, Groupama-FDJ, UAE-Team Emirates and Katusha-Alpecin began amassing at the front with the goal of moving their respective sprinters into place.

The final kilometer proved to be a fast and nervous one, but Bora-hansgrohe succeeded in moving Ackermann into perfect position to out-sprint Viviani and Ewan to seize the stage honors.