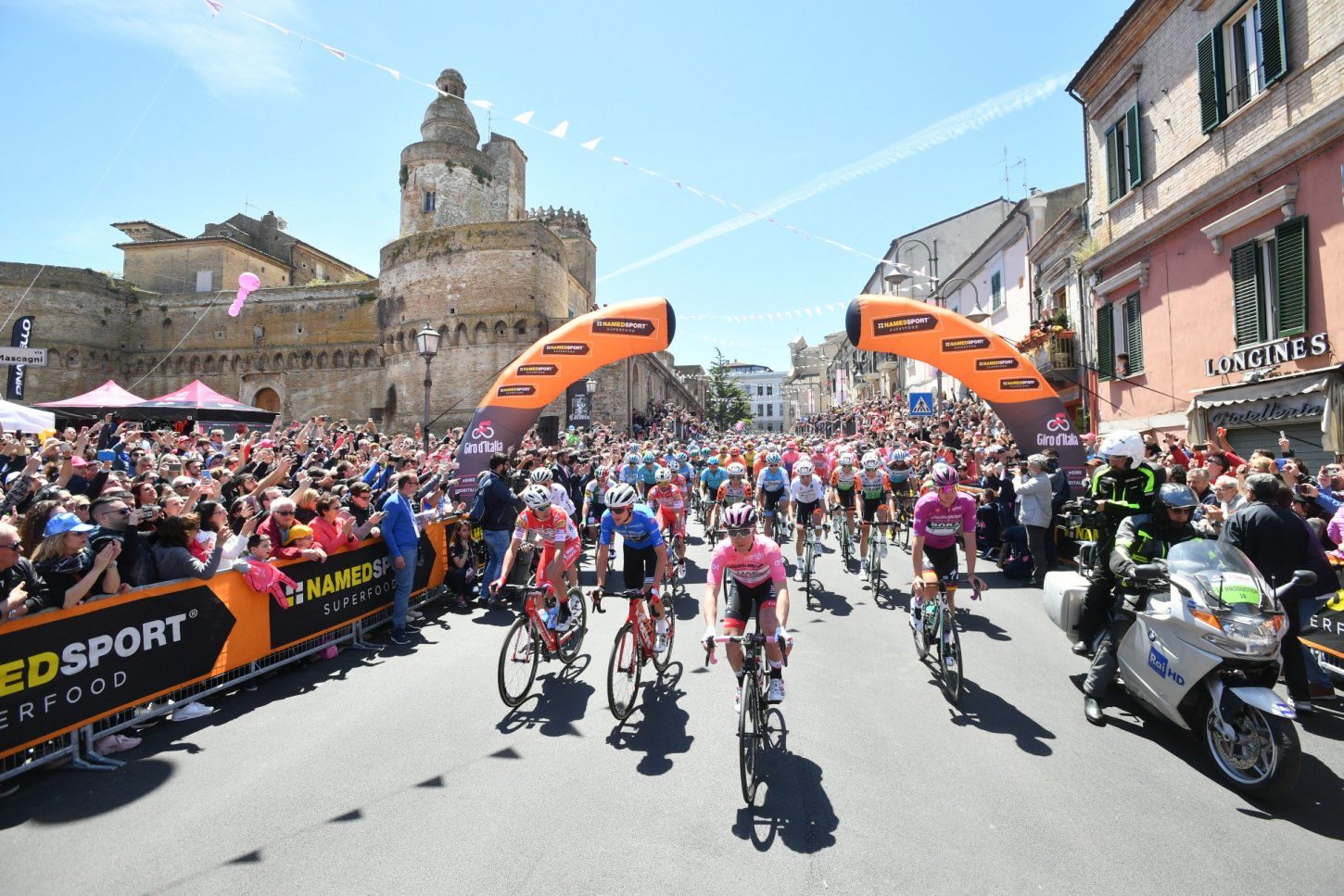 Pello Bilbao (Astana) claimed stage 7 of the Giro d’Italia in L’Aquila today, after the Spanish rider timed his attack to perfection with less than 2 kilometers remaining to hold-off a concerted chase effort to beat Tony Gallopin (AG2R La Mondiale) and Davide Formolo (Bora-Hansgrohe).

From there, the group went on to establish an advantage of more than two minutes over the peloton with Bilbao and Antonio Pedrero (Movistar) leading the way.

As they hit the climb of the Via della Polveriera, McCarthy, Zeits, Rojas and Henao were also dropped, prompting Formolo and Cattaneo to go on the attack with 6 kilometers to go. But, the duo was quickly rejoined by Hamilton, Gallopin and Bilbao.

With 1.5 kilometers to go, Bilbao executed his winning move, stemming-off any challenges from his rivals along the final double-digit ramp to the finish to seize his first Grand Tour victory.