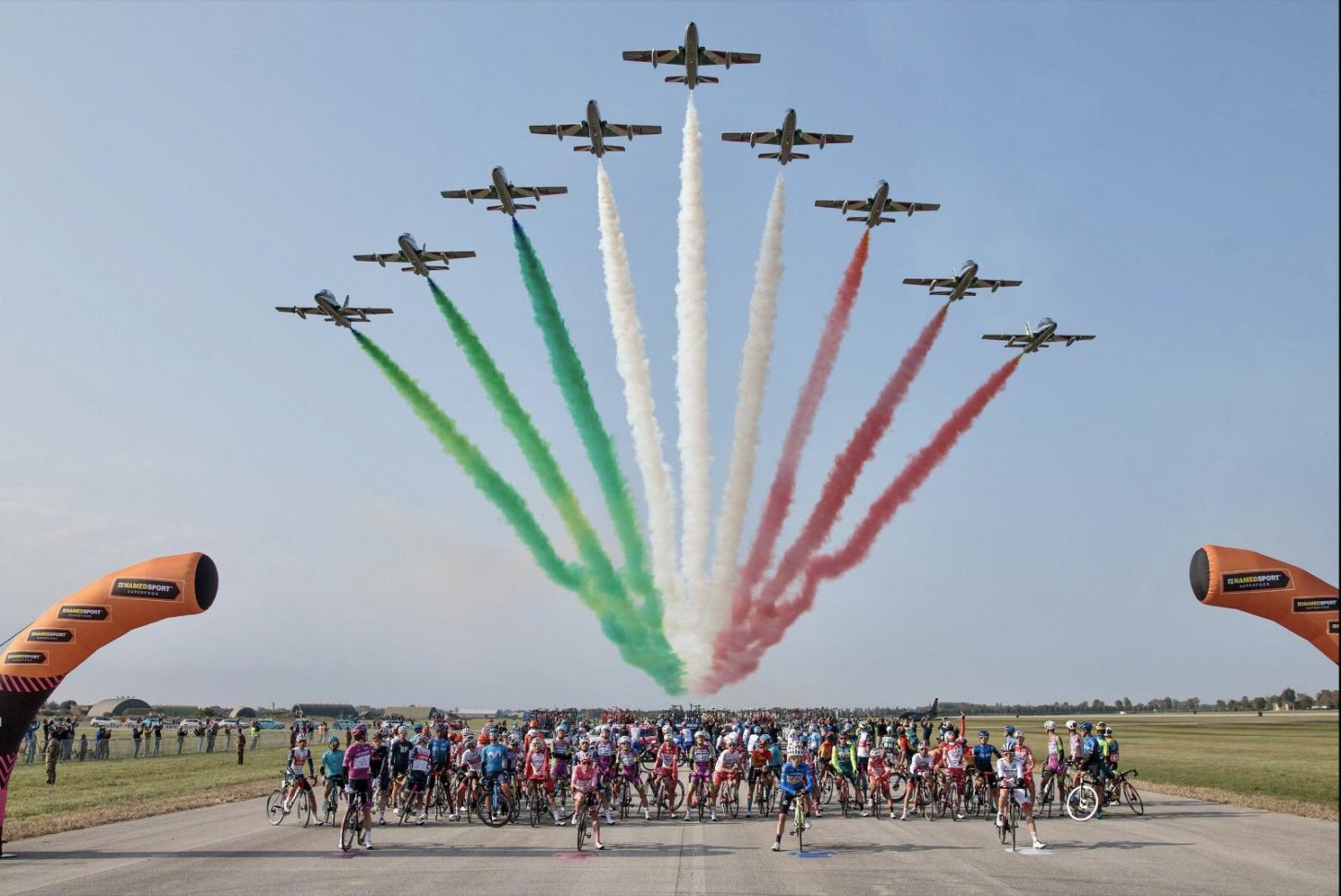 Tao Geoghegan Hart took his first Grand Tour stage victory and moved up to fourth on the GC at the Giro d’Italia, with a superb display during today’s stage 15.

The INEOS Grenadiers rider secured the team’s fifth win of this year’s race, as he saw off the Team Sunweb duo of Wilco Kelderman and Jai Hindley in a sprint for the line on the summit finish at Piancavallo.

The trio had dropped Maglia Rosa João Almeida (Deceuninck – Quick-Step) on the final climb of the day, but the Portuguese rider put in a gritty ride and showed incredible determination to hold onto the pink jersey, as he limited his losses. Kelderman, who finished second, reduced Almeida’s lead to 15 seconds heading into the second rest day, as Hindley moved onto the provisional podium at 2min 56sec down following his ride.

Geoghegan Hart sits just one second behind Hindley in a big day of shake ups as Pello Bilbao (Bahrain McLaren) dropped from third to fifth. Vincenzo Nibali (Trek Segafredo) fell from fifth to seventh as he lost 59 seconds in the GC.

From there, the Australian rider opened up an advantage of just over a minute until the final climb of the Piancavallo, as Deceuninck-Quick-Step who needed to protect their pink leader’s jersey pushed on with Sunweb accelerating the pace.

With 10 kilometers to go, Dennis’ lead dropped to 40 seconds as the chase group was swallowed by the peloton.

As the climb reached it’s peak gradient of 14%, Sunweb had stretched out the lead train, dropping race leader Joao Almeida who was suffering and desperately trying to limit the damage on his race lead, and the rest of the Deceuninck-Quick-Step team.

Geoghegan Hart looked to be tucked away in the group until he made a jump across to the Sunweb leaders in the final stages, and sprinted to the line beating Kelderman by two seconds to collect his first win since last year’s Tour of the Alps.

In the meantime, Giovanni Visconti of Vini Zabu-KTM collected the King of the Mountain points to lead the classification, as well as the Maglia Azzurro (blue jersey), while Arnaud Demare retains the Maglia Ciclamino.