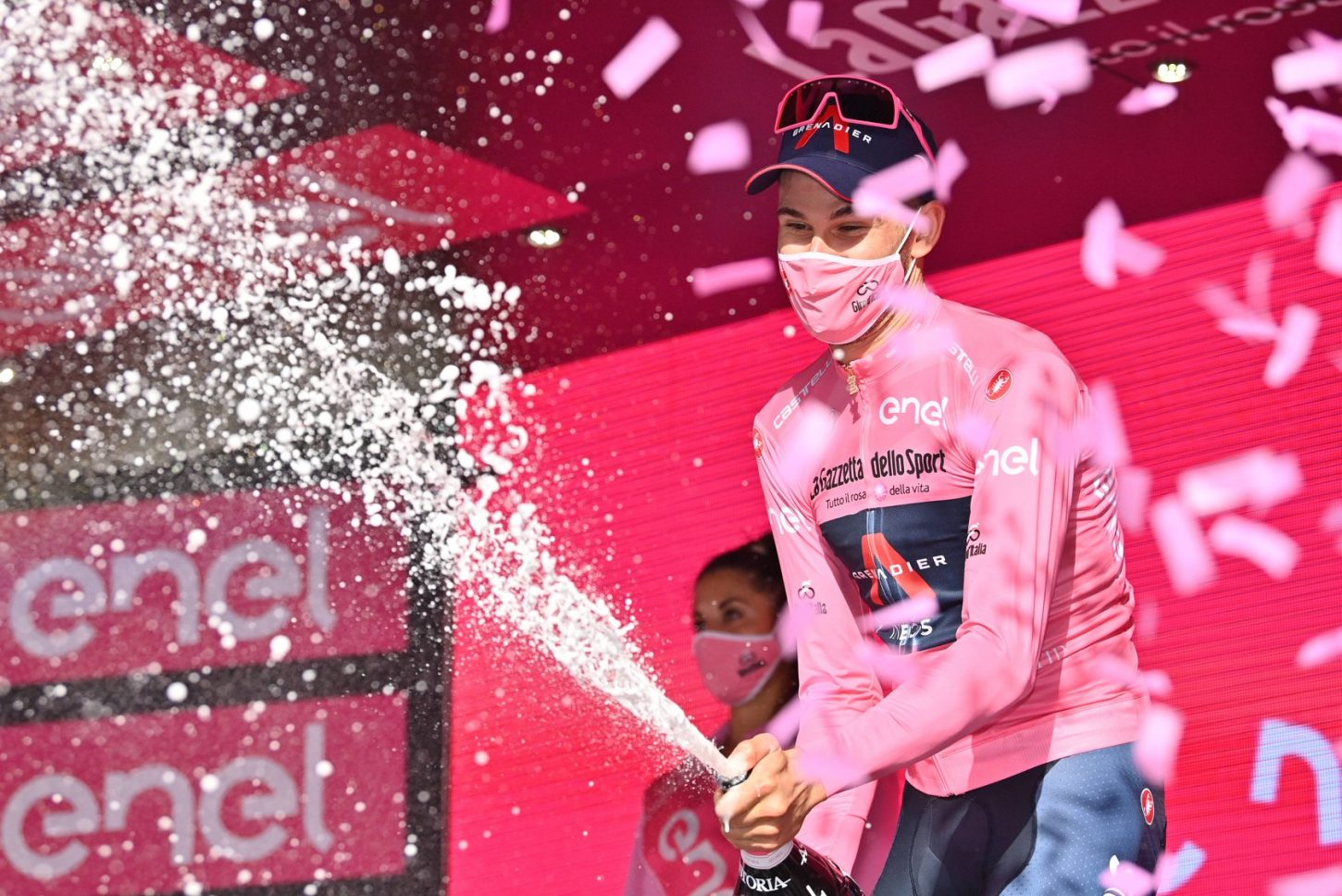 Diego Ulissi (UAE Team Emirates) won stage 2 of the Giro d’Italia with a powerful uphill triumph in Agrigento today, giving Italy its second win in a row in this year’s Italian Grand Tour.

Ulissi benefitted by following in the slipstream of his teammate Valerio Conti, drawing out a small group of riders that saw him overhaul Peter Sagan (Bora-Hansgrohe) and Mikkel Frølich Honoré (Deceuninck-Quickstep) to claim the stage honors.

“I told Valerio to accelerate to drop the sprinters on the last kilometer, we were perfect, I’m really happy for this extraordinary success,” Ulissi said.

In the meantime, Filippo Ganna (Ineos Grenadiers) managed to hold onto the maglia rosa (pink jersey), followed by João Almeida (Deceuninck-Quickstep) at 22 seconds back, while his teammate Geraint Thomas moved up into third place after finishing 11th on the stage, one second further adrift.

The profile of today’s stage favored the puncheurs, with Sagan, Ulissi and Honoré ensuring a sprint finale, while Michael Matthews (Team Sunweb) failed to stay on terms with the lead trio, settling for fourth place in the end.

Thomas and Simon Yates both enjoyed uneventful days in the saddle, while Astana suffered another setback as Aleksandr Vlasov abandoned the race, leaving the team with only six riders after just two stages, crucially losing their two strongest climbing domestiques.

Rick Zabel ceded the blue climber’s jersey as expected today, with Sagan set to pull it on tomorrow. The ciclamino will pass to Ulissi, while both the pink and white jerseys will belong by rights to Ganna, with Almeida wearing the latter in his stead.

An early breakaway effort led by Thomas De Gendt (Lotto) lasted until the final 10 kilometers, with the Belgian rider claiming the maximum points at both intermediate sprints, as well as the day’s first king of the mountains point.