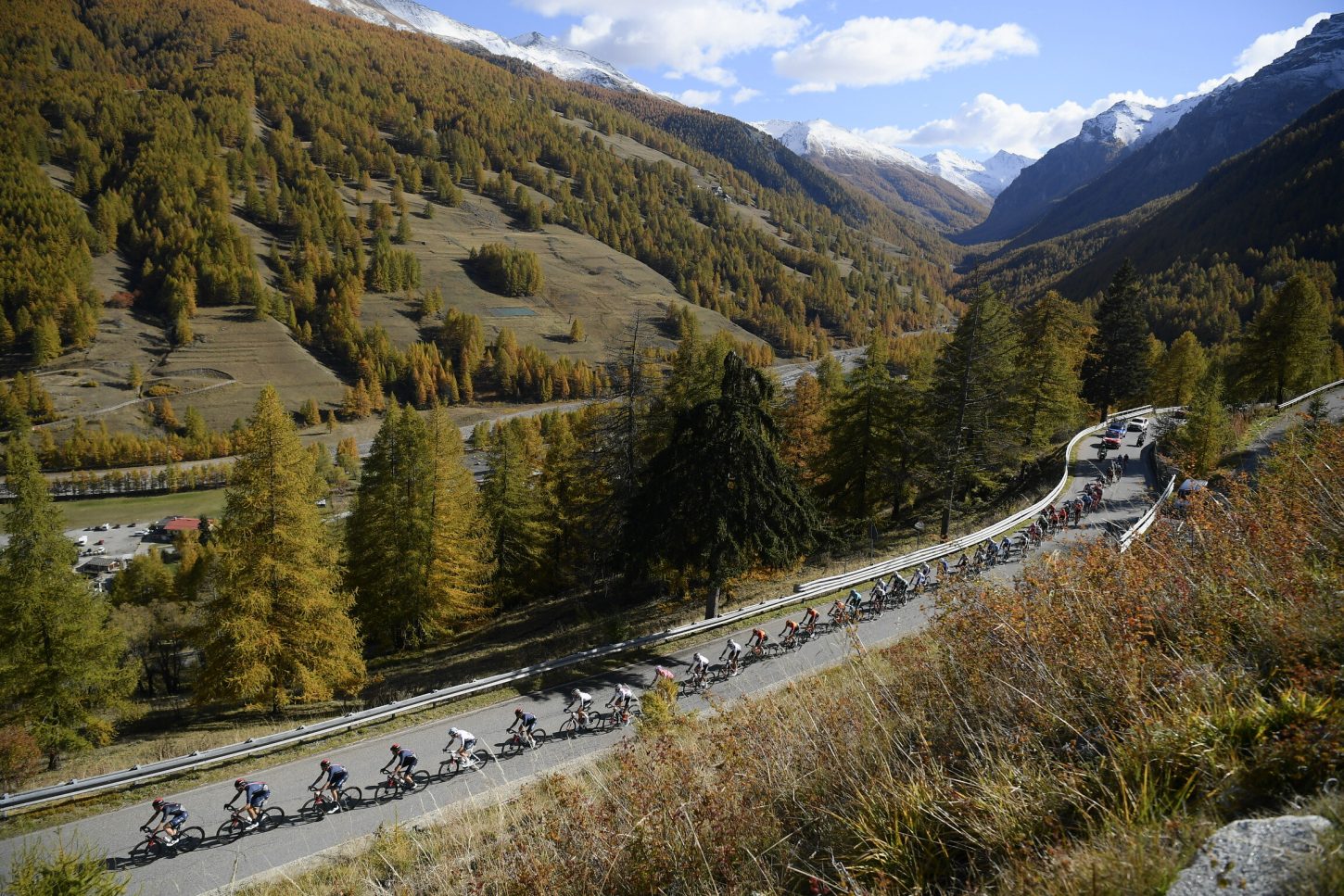 Tao Geoghegan Hart and Jai Hindley battled it out to the finish in stage 20 of the Giro d’Italia today, marking the closest finish in the 111-year history of the Italian Grand Tour.

In the end, it was Geoghegan Hart (INEOS Grenadiers) who out-sprinted Hindley (Team Sunweb) at the line to wrap up his second stage win of this year’s race, and in doing so it meant the two riders are now tied on time at the top of the overall standings heading into Sunday’s concluding 15.7 kilometer time trial.

The duo shed their rivals on the second of three ascents to Sestriere, with Geoghegan Hart’s teammate Rohan Dennis playing a pivotal role before dropping off the pace during the last 2 kilometers.

Hindley couldn’t drop Geoghegan Hart however, and the INEOS Grenadiers rider proved the fastest finisher at the line to set up an unprecedented finale. Dennis meanwhile, held on for third place on the stage.

Wilco Kelderman (Team Sunweb) began the day in the pink jersey, but he dropped to third place overall, after finishing the stage in eighth place. Pello Bilbao (Bahrain McLaren) now sits 2:51 down in fourth place overall, with Joao Almeida (Deceuninck – Quick-Step) 23 seconds further behind him in fifth.

With dependable Ineos Grenadier teammate Rohan Dennis setting a strong tempo just as he had done so brilliantly days earlier on the Stelvio, Geoghegan Hart always had the psychological and physical edge over Hindley, although fell one second back in the virtual standings after his rival won the intermediate bonus sprint ahead of the final climb.

But Geoghegan Hart was able to pocket four bonus seconds of his own after responding to numerous Hindley attacks on the final ascent then sprinting clear of the Sunweb rider to take his second – and his Ineos Grenadiers team’s sixth – stage win of this Giro, putting both riders neck and neck going into the vital race against the clock on Sunday.

The race jury decided that it will be 24-year-old Hindley who rolls down the ramp in Milan in the pink jersey ahead of the time trial hot on the heels of his rival, who himself will be in white as best young rider, in what will be the tightest finish ever in the Giro’s 111-year history.

Dropped with 30 kilometers remaining, Hindley’s Dutch teammate Kelderman battled to eighth position in the stage, 1:35 down, to drop to third place in the general classification.

After Dennis took a man-of-the-match third place for Ineos, Almeida secured a fourth place which consolidated his position in the top five.

But in what was a clear changing of the guard – resulting in the two top riders leading both the white and pink jersey classifications simultaneously – Italian veterans Vincenzo Nibali (Trek-Segafredo) and Domenico Pozzovivo (NTT Pro Cycling) both finished outside the top 10, with Denmark’s Jakob Fuglsang (Astana) also well off the pace.

Fuglsang is now in sixth place on GC but more than six and a half minutes down, while Rafal Majka (Bora-Hansgrohe) plummeted out of the top 10 after being dropped early on the second ascent to Sestiere when Ineos Grenadiers put the hammer down.

On a highly entertaining and beautiful final day in the Alps, the French champion and quadruple stage winner Arnaud Demare (Groupama-FDJ) was part of a 21-man breakaway and picked up the maximum points in the intermediate sprint to confirm his victory over Peter Sagan (Bora Hansgrohe) in the maglia ciclamino standings.