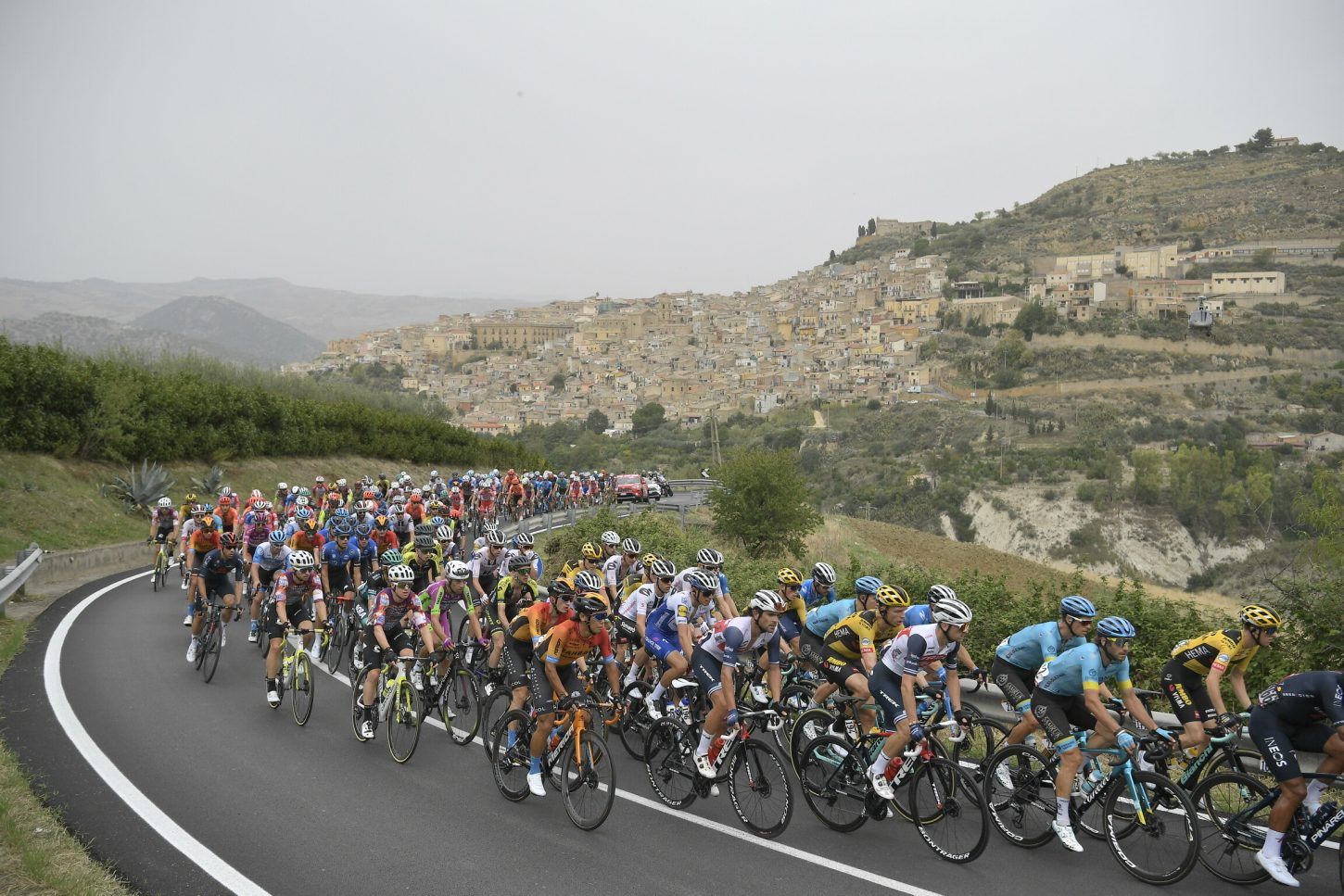 Caicedo made a huge effort to get into the initial breakaway, and was helped along the flatter part of the stage by teammate Lawson Craddock. When Craddock finally peeled off the front, Caicedo forged on with Visconti, subsequently dropping his Italian companion about halfway up the climb.

However, the real new is how race hopefuls Geraint Thomas (Ineos Grenadiers) and Simon Yates (Mitchelton-Scott) both had disastrous days. Thomas crashed in the neutral zone and lost huge time to rule himself out of overall contention, while Yates struggled on the climb of Mount Etna, losing almost four and a half minutes.

Indeed, Yates was dropped on the final ascent of Mount Etna, seemingly leaving his hopes of winning a second Grand Tour in major doubt.

Yates excelled on the volcanic climb in the 2018 Giro, riding into the race lead as his teammate Esteban Chaves took the stage victory. However, the British rider lost contact with the peloton during the final 9 kilometers of today’s first mountain stage, seemingly ending his bid for this year’s Giro.

Earlier, Thomas crashed in the neutral zone before the start of Stage 3, with injuries that later caused the Welshman to crack on the shallow gradients at the base of Mount Etna.

Meanwhile, the GC contenders attacked each other repeatedly on the final climb with Wilco Kelderman (Team Sunweb) putting in a huge dig with 3.5 kilometers to go. Vincenzo Nibali (Trek-Segafredo), Rafal Majka (Bora-hansgrohe), Domenico Pozzovivo (NTT Pro Cycling) and Jakob Fuglsang (Astana) formed a chase group behind the Dutch rider, but they too would concede time with Kelderman putting 12 seconds into Nibali’s group.

Kelderman went on to cross the line in fourth place, just a few seconds after Vanhouke. However Joao Almeida’s 11th place finish was enough to give the QuickStep rider the maglia rosa (pink jersey) after the overnight leader Filippo Ganna (Ineos Grendiers) dropped back to assist Thomas.

Almeida now leads the race by less than a second over Caicedo, with Pello Bilbao (Bahrain McLaren) in third at 37 seconds back, while Kelderman leads the rest of the GC riders in fourth.