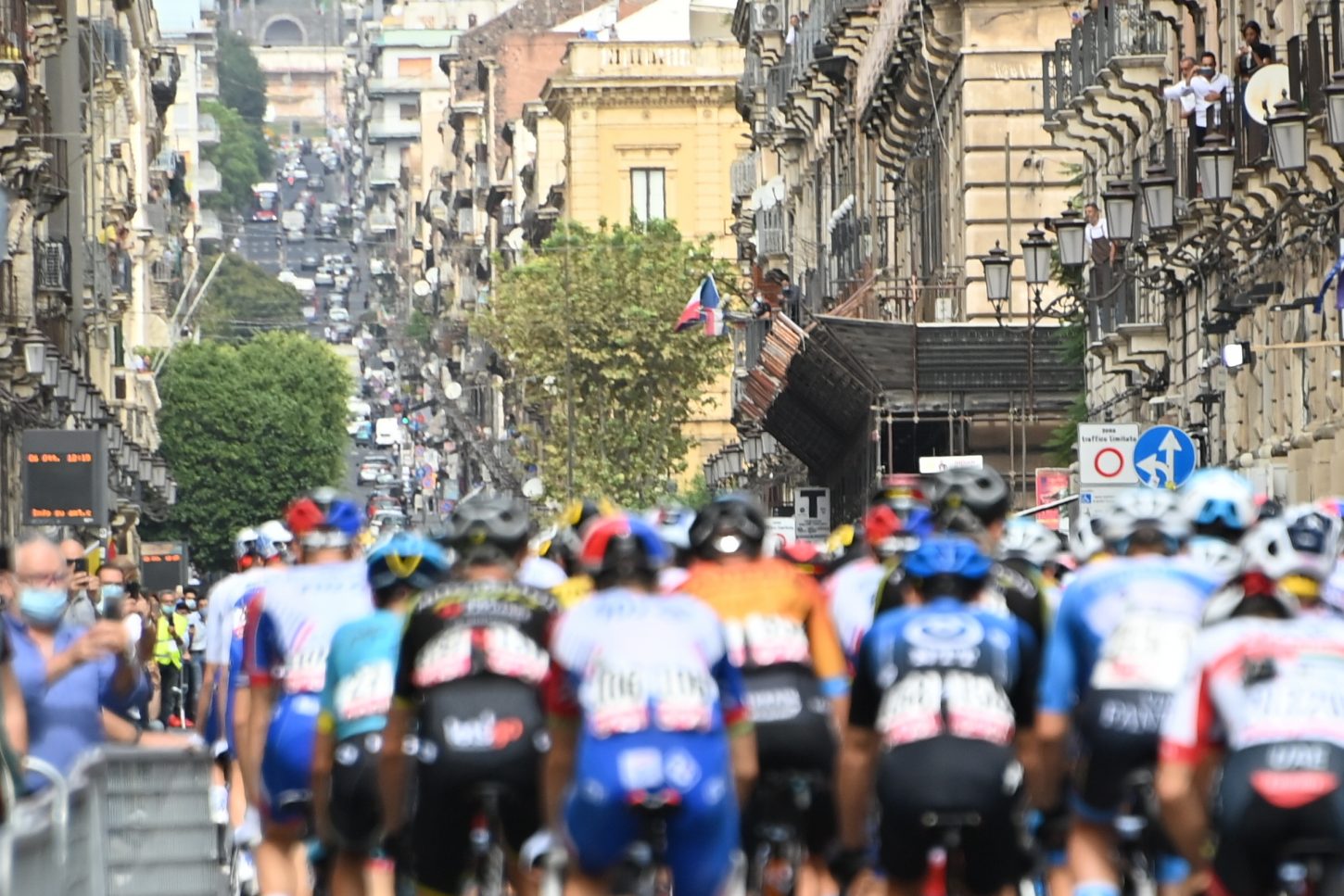 Démare managed to survive the challenging climb of the Portella Mandrazzi half-way through the stage, earning the French Champion his ticket to the finale.

The two riders were tied for time ahead today’s stage, but Almeida was able to extend his lead by two seconds, after picking up valuable bonus points during the second intermediate sprint.

The action had come down to an expected bunch sprint, but the pace Groupama – FDJ and BORA-hansgrohe pushed over the course of the day meant Fernando Gaviria (UAE Team Emirates) and Alvaro Hodeg (Deceuninck – Quick-Step) were both distanced.

However, many of the pre-stage favorites were still left intact to contest the finale, with Démare, Sagan and Ballerini ultimately battling it out to the end.

The trio crossed the line within a split second of each other, requiring a photo finish to decipher the winner.

After much deliberation Démare was eventually awarded the stage honors, with Sagan and Ballerini having to settle for second and third places respectively.

But, Sagan was able to find solace in the fact that his runner-up finish served to move him up to the top of the points classification.

Arguably, the biggest news of the day came before the start of the stage, with Geraint Thomas’ (INEOS Grenadiers) departure from the race due to a fractured pelvis he sustained during yesterday’s stage.