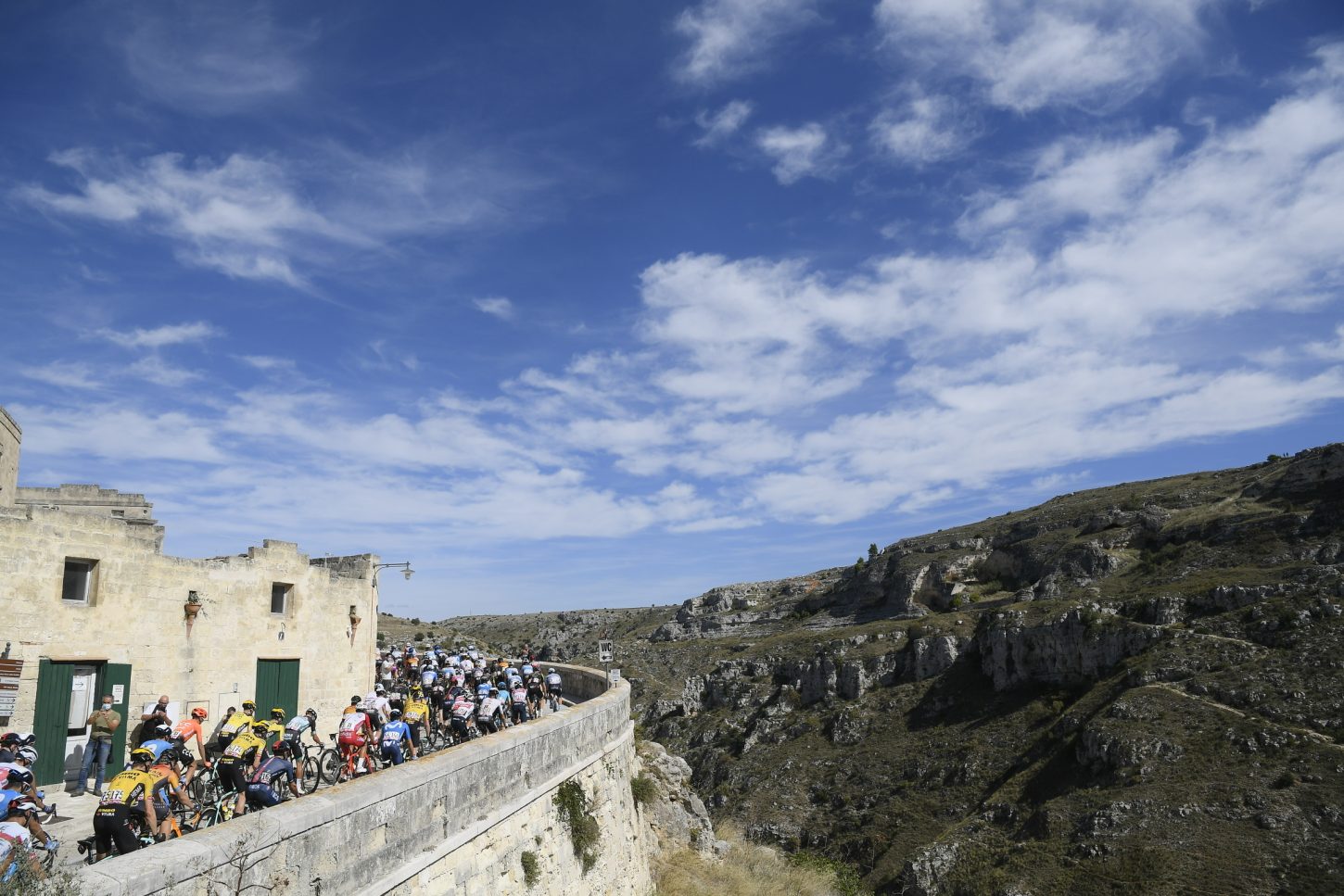 In the meantime, Michael Matthews (Team Sunweb) finished several bike lengths behind to grab the final spot on the podium ahead of Ben Swift (Ineos Grenadiers).

Meanwhile, Joao Almeida (Deceuninck – Quick-Step) finished safely in the peloton to retained his 43-second lead over Pello Bilbao (Bahrain McLaren) at the top of the overall standings.

The action was ravaged by crosswinds, with countless riders dropping back on the 143 kilometers from  Matera, but everything came back together in time for a sprint finale.

The stage was animated from the outset with a four-rider breakaway group coming to nothing while blustery winds fragmented the peloton into numerous groups during the first 50 kilometers.

Bilbao was one of the big-name riders that got dropped during the initial splits, but the Spanish rider managed to fight his way back to finish safely in the peloton, while Almeida and his Deceuninck Quick-Step team rode a near-perfect day.

However, Simon Yates (Mitchelton-Scott), Domenico Pozzovivo (NTT Pro Cycling) and Jakob Fuglsang (Astana) were all caught out in the early splits. But, the race eventually came back together ahead of the intermediate sprint at Taranto, and remained intact all the way to Brindisi.

A crash 45 kilometer from the finish caused an extra moment of tension, but a ceasefire was ultimately issued on the wide highway across the heel of Italy.