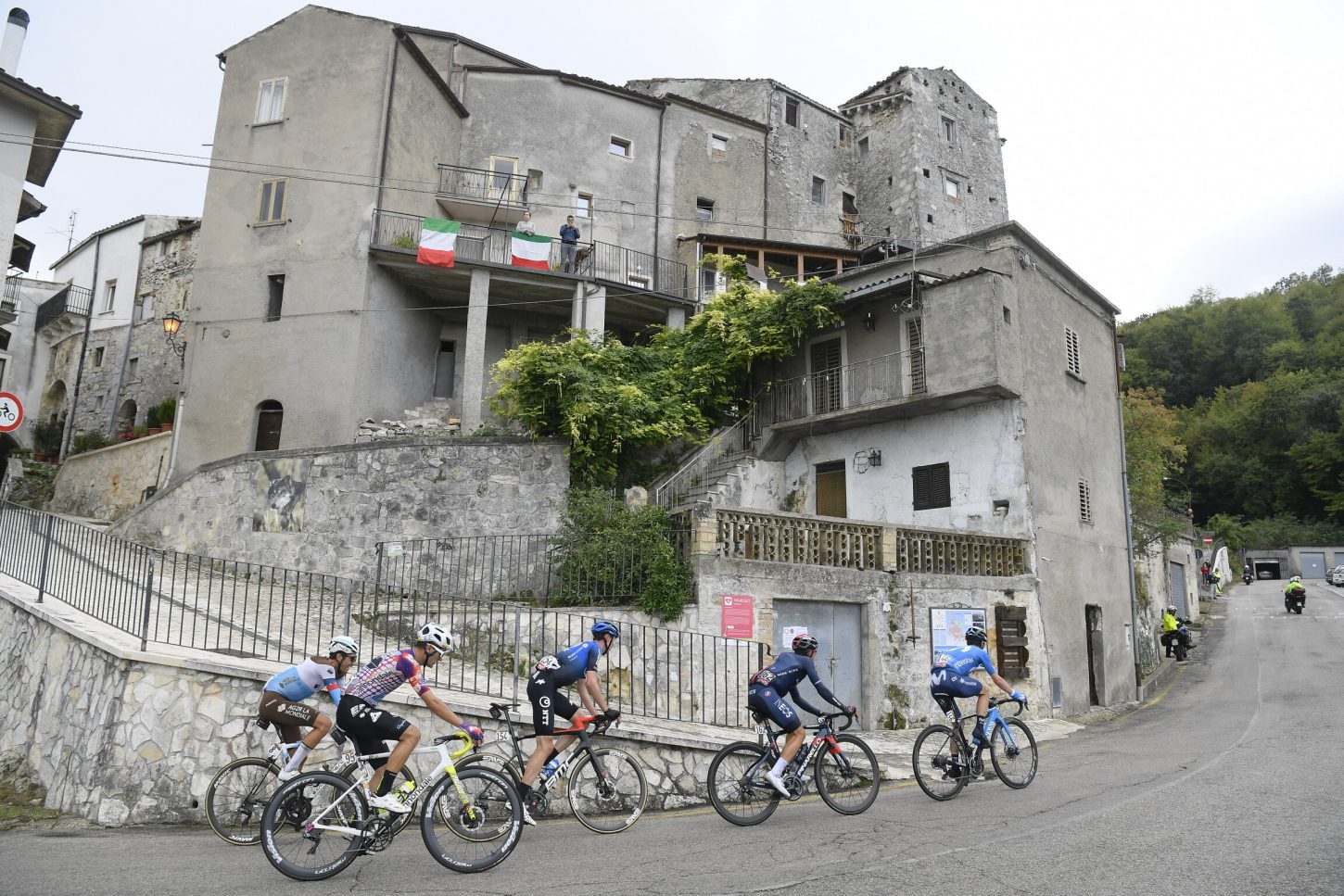 Ruben Guerreiro wrapped up EF Education First Pro Cycling’s second stage win of the 2020 Giro d’Italia by proving to be the most resilient of the breakaway group.

The Portuguese rider managed to get himself into a seven-man move which finally went clear after 75km of intense racing, and their numbers grew when Mikkel Bjerg (UAE Team Emirates) managed to bridge a five-minute gap to join them on the first major climb of the day.

The escapees worked well together over the undulating terrain and it was only once they’d passed onto the last ascent of the day that things began to splinter.

Guerreiro and Jonathan Castroveijo edged ahead in the last 5km and then went toe-to-toe for the victory, with Guerreiro then out-climbing the INEOS Grenadiers rider on the final ramp towards the line.

Back in the peloton, the main GC contenders left it very late to battle things out, with Wilco Kelderman (Team Sunweb) and Jakob Fuglsang (Astana) the first of the big names home. That duo both put time into Joao Almeida, but the Deceuninck – Quick-Step rider did enough to retain his grip on the pink jersey heading into the first rest day.

Almeida now sits 30 seconds clear of Kelderman at the top of the overall standings with Pello Bilbao (Bahrain McLaren) 39 seconds back in third.

Guerreiro’s triumph also saw him take control of the King of the Mountains jersey with Arnaud Demare (Groupama FDJ) staying in purple.

Castroviejo looked to be closing in on a first ever non-time trial win as a professional – and his team’s third success of the race following the withdrawal of their leader Geraint Thomas. But Guerreiro used his guile and superior uphill kick to catch Castroviejo out, riding over the line eight seconds clear to take the second and biggest win of his career

Meanwhile, Mikkel Bjerg (UAE-Team Emirates) took third place ahead of Kilian Frankiny (Groupama-FDJ) and the Larry Warbasse (Ag2R-La Mondiale) as five of an initial eight-man break defied the chasing main pack to stay out ahead in the 208km stage through the rugged Abruzzo region of central Italy.

Tao Geoghegan Hart (Ineos Grenadiers) and Lucas Hamilton (Mitchelton-Scott) managed to attack from the field of favorites to finish sixth and seventh before Kelderman repaid his Sunweb team for their earlier efforts by leading home the pretenders for pink.

Almeida faded to nineteenth place as the streamlined peloton came home in dribs and drabs, but after another day of solid protection from his Deceuninck Quick-Step team, the 22-year-old Grand Tour debutant held onto the maglia rosa to make history for Portugal.