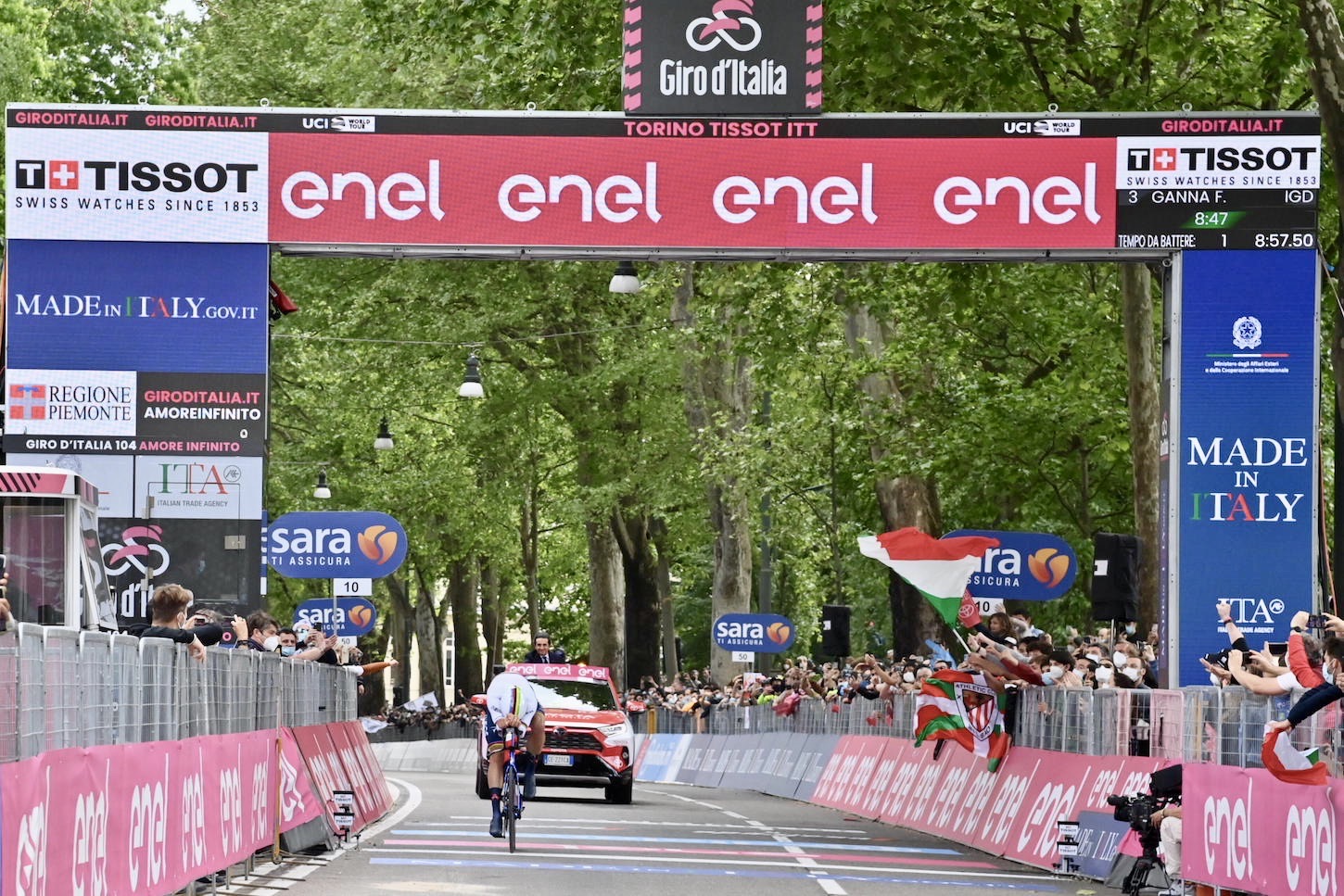 Filippo Ganna (Ineos Grenadiers) stormed to victory in today’s opening time trial stage of the Giro d’Italia, setting the fastest time of 8:47 along the 8.6 kilometer course in Turin.

The Italian rider now dons the first maglia rosa of this year’s Italian Grand Tour, while compatriot Edoardo Affini (Jumbo-Visma) and his teammate Tobias Foss rounded out the podium in second and third place respectively.

A little further back, Mikel Landa (Bahrain Victorious) finished with a time of 9:36, while Romain Bardet (Team DSM) and Dan Martin (Israel Start-Up Nation) crossed the finish with times of 9:39 and  9:44.