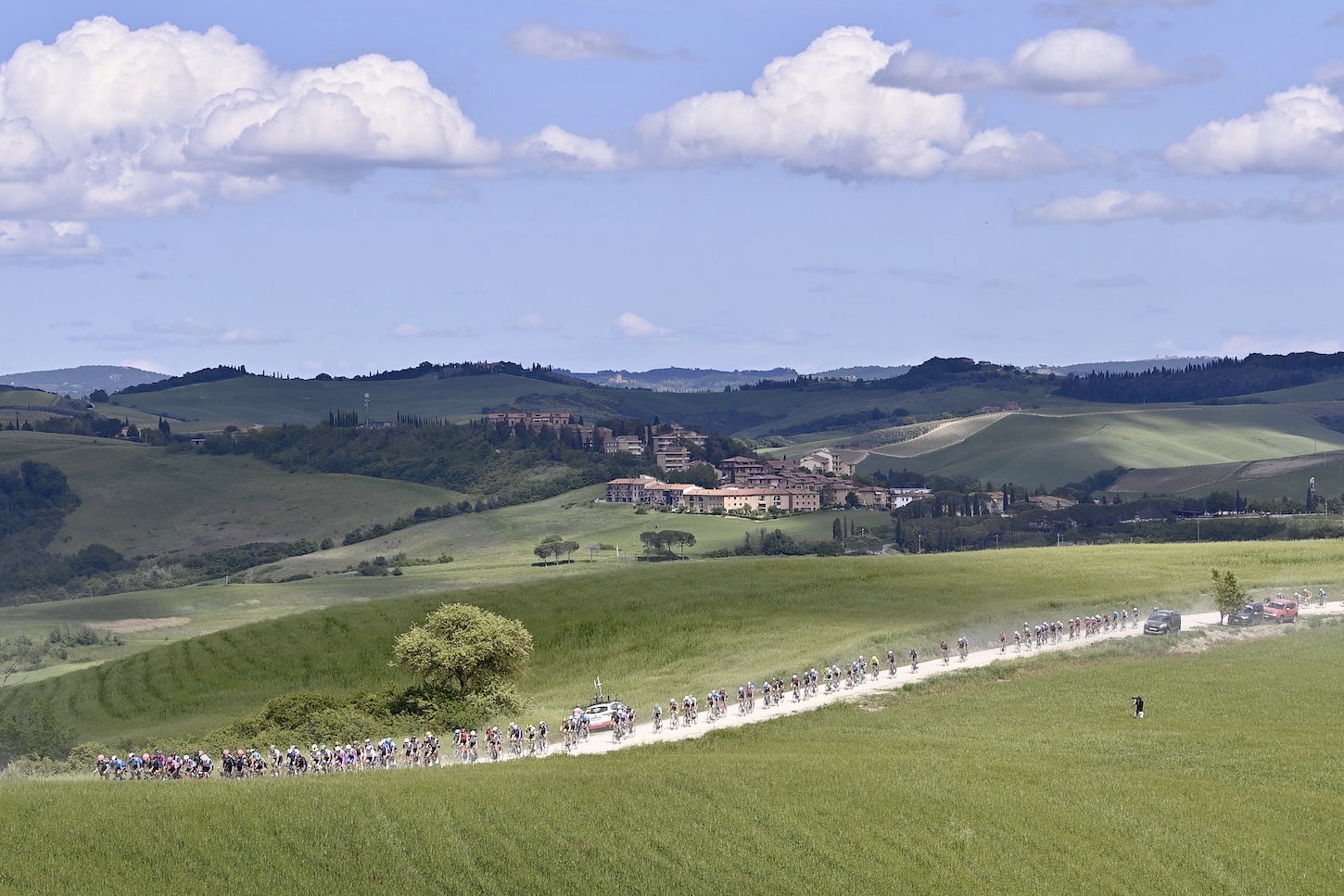 At the start of the stage, Bernal led the general classification by 14 seconds over Remco Evenepoel (Deceuninck–QuickStep). But, by the end of the day, the former Tour de France champion had extended his lead out to 45 seconds, after tacking the four sectors of sterrato packed into the final 70 kilometers.

Ineos-Grenadiers’ Filippo Ganna later spilt the peloton along the first sector of gravel, distancing race favorites like Evenepoel, Aleksandr Vlasov and Simon Yates, while Bernal managed to stay on his wheel.

The peloton later regrouped thanks to the efforts of Deceuninck-Quick-Step and Astana, with the pressure of the pace distancing Evenepoel.

From there, the Belgian rider struggled from behind for the remainder of the stage.

Back up front, attrition took its toll on the peloton, slimming down the ranks until only Schimd and Covi remained out front.

In the meantime, the maglia rosa group also got reduced, with only riders such as Vlasov, Giulio Ciccone, Vincenzo Nibali, Pello Bilbao, Emanuel Buchmann, Damiano Caruso, Yates and Hugh Carthy managing to stay onboard.

Schmid and Covi entered the last five kilometers alone up front, while Buchmann attacked from within the chase, setting a rhythm that dispatched the likes of Nibali, Soler and Bilbao.

However, moments later, Vlasov launched a new attack that was quickly marked Bernal, who in turn jettisoned his Russian rival.

Schmid and Covi later entered the last kilometer together, with the Qhubeka Assos ultimately overhauling his UAE Team Emirates rival on the line.