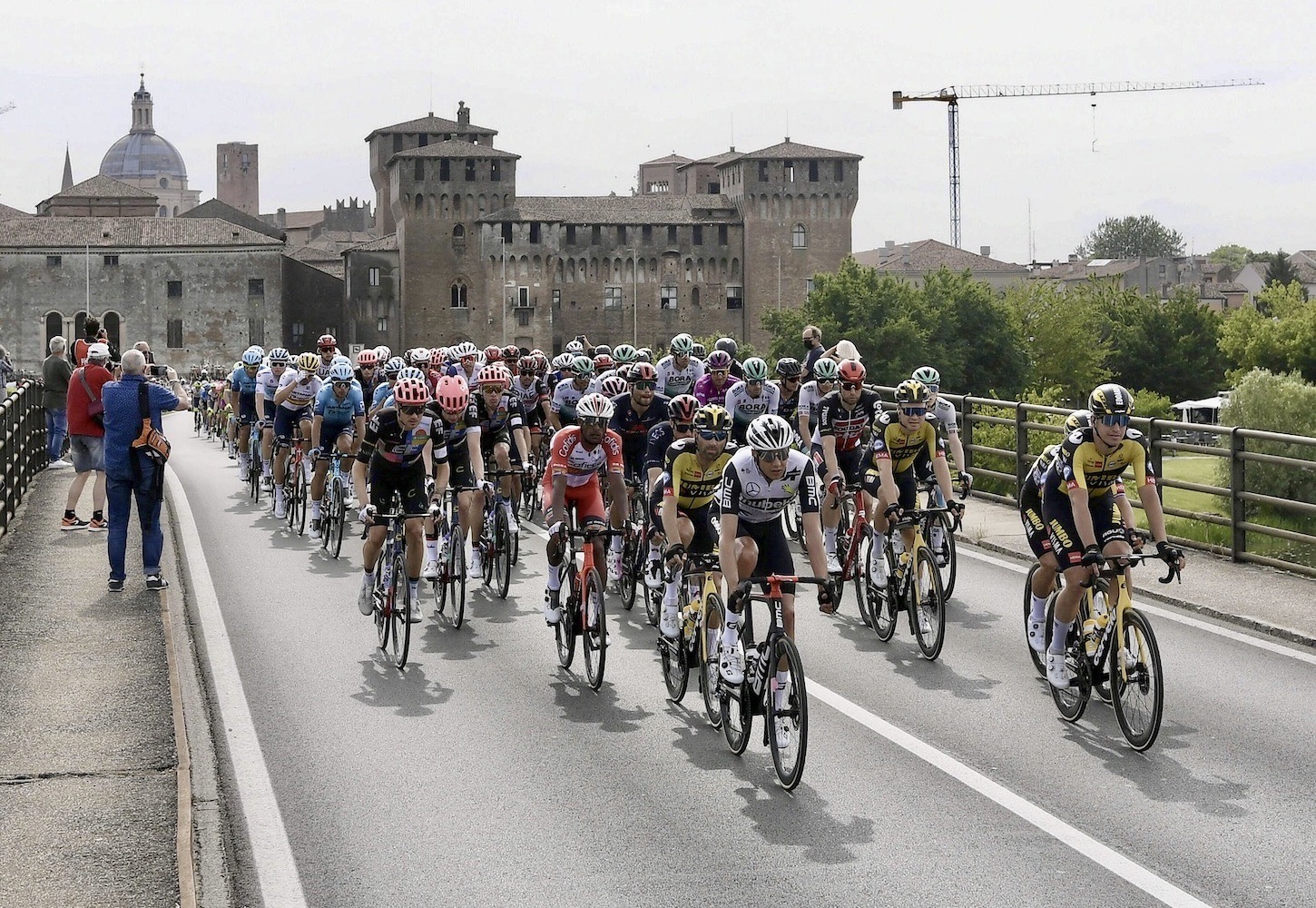 Giacomo Nizzolo (Qhubeka Assos) finally brought a slew of second place finishes to an end today, after the Italian rider claimed stage 13 of the Giro d’Italia, beating Eduardo Affini (Jumbo-Visma) in a sprint finish in Verona.

Affini looked poised for victory during the closing  300 meters, only to have his hopes dash by Nizzolo, who surged past him during the waning moments of the race to seize the stage honors.

Meanwhile, Peter Sagan (Bora-Hansgrohe) rounded out the podium ahead of a brace of other sprinters.

In the meantime, Egan Bernal (Ineos Grenadiers) finished safely in the peloton after a slow ride from Ravenna to Verona to maintain his grip on the maglia rosa ahead of tomorrow’s finish on the steep slopes of the Monte Zoncolan.

The escape of the day included riders like Simon Pellaud, Umberto Marengo and Samuele Rivi, with the group later opening up an advantage of more than six minutes over the peloton.

However, after a long day out front, the escapees were eventually reined with seven kilometers to go.

From there, teams began preparing their respective sprinters for an inevitable sprint finale, with Jumbo-Visma, Bora-hansgrohe and UAE Team Emirates featuring prominently at the front.

But, it was Qhubeka-Assos’ Nizzolo who emerged victorious, after overhauling his compatriot just before the finish.