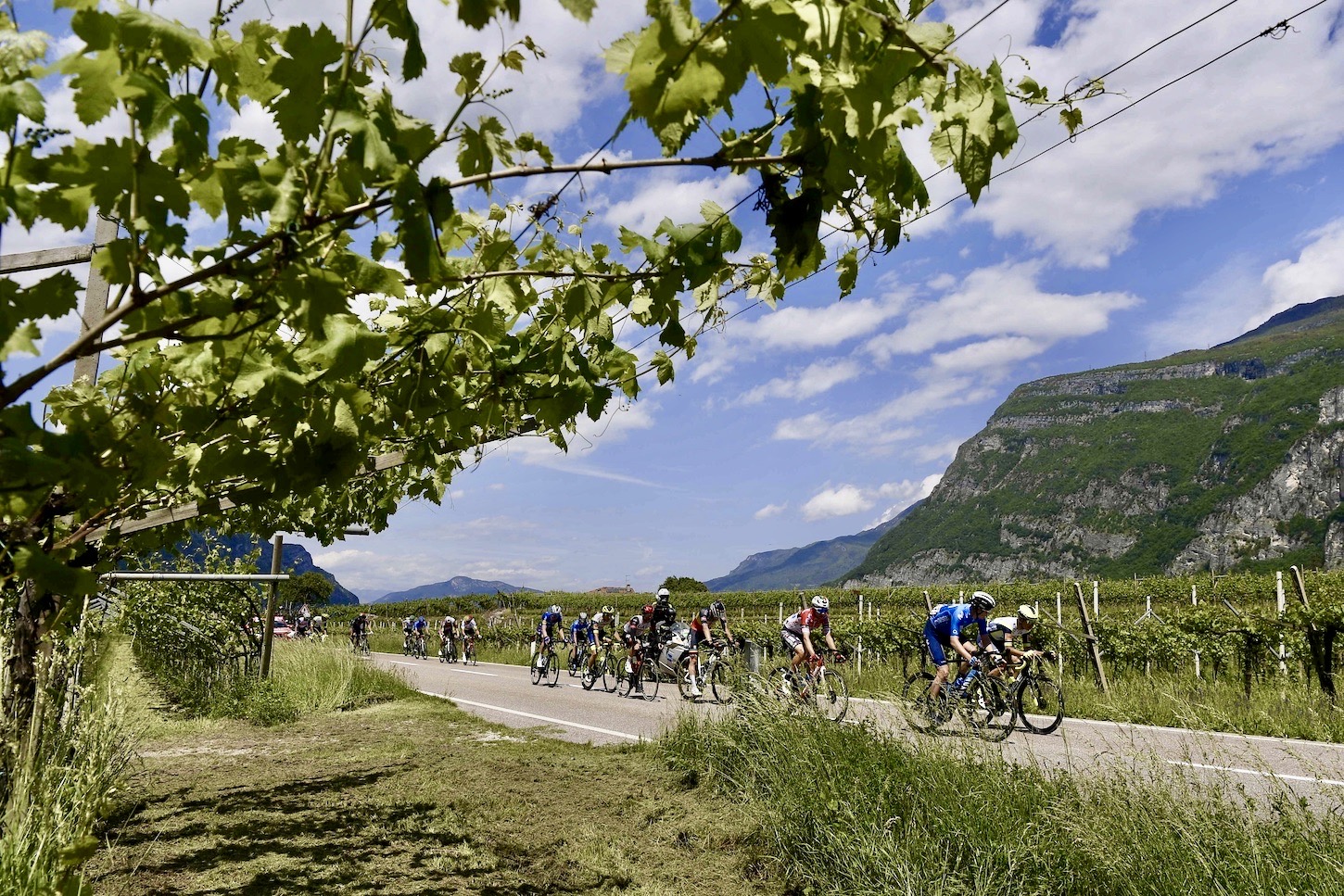 Martin completed his hat-trick in now having stage wins at the Giro, Tour de France and Vuelta a Espana on a day in which Yates put Bernal under huge pressure in the GC.

Yates came in third behind Martin and Joao Almeida while exposing a crack in Bernal’s armour in a fascinating conclusion to the day’s racing. Yates is now 3:23 behind Bernal with Damiano Caruso second in GC, trailing by almost two and a half minutes.

The 193 kilometer route from Canazei to Sega di Ala saw Remco Evenepoel, who had been an apparent GC contender earlier in the race, involved in a crash. Fortunately the Belgian neo-pro was able to continue after being checked out by the race doctor.

The grueling route included 3,400m of climbing with three categorized climbs, culminating with a new ascent for the Giro – the Cat.1 Sega di Ala.

After several attempts at a breakaway, a group of 8 riders including Geoffrey Bouchard, Dries De Bondt, Pieter Serry, Gianni Moscon and Dan Martin managed to escape, later building up an advantage of more than four minutes over the peloton.

The penultimate climb of the day saw the breakaway group reduced, with Martin accelerating away with 43 kilometers to go, taking just Moscon and Antonio Pedrero with him, while a crash back in the peloton ensnared the likes of Evenepoel, Giulio Ciccone and Vincenzo Nibali, among others.

Martin attacked again along the final climb of the day, jettisoning any would-be followers, while riders like Aleksandr Vlasov were seen struggling back in the peloton.

With 3 kilometers to go, Joao Almeida, alongside Simon Yates and Egan Bernal attacked from within the peloton, a move that later saw Bernal struggling to keep pace, as Yates continued on his own.

While the Colombian sought support from his teammate and fellow countryman Daniel Martinez, they were later joined by Damiano Caruso, Pello Bilbao and Pedrero.

In the meantime, Martin went on to claim a solo victory, while Almeida crossed the finish 13-seconds behind the Irish rider, followed by Yates.

Despite losing considerable time, Bernal maintain his grip on the overall race lead with a 2:21 advantage over Caruso.