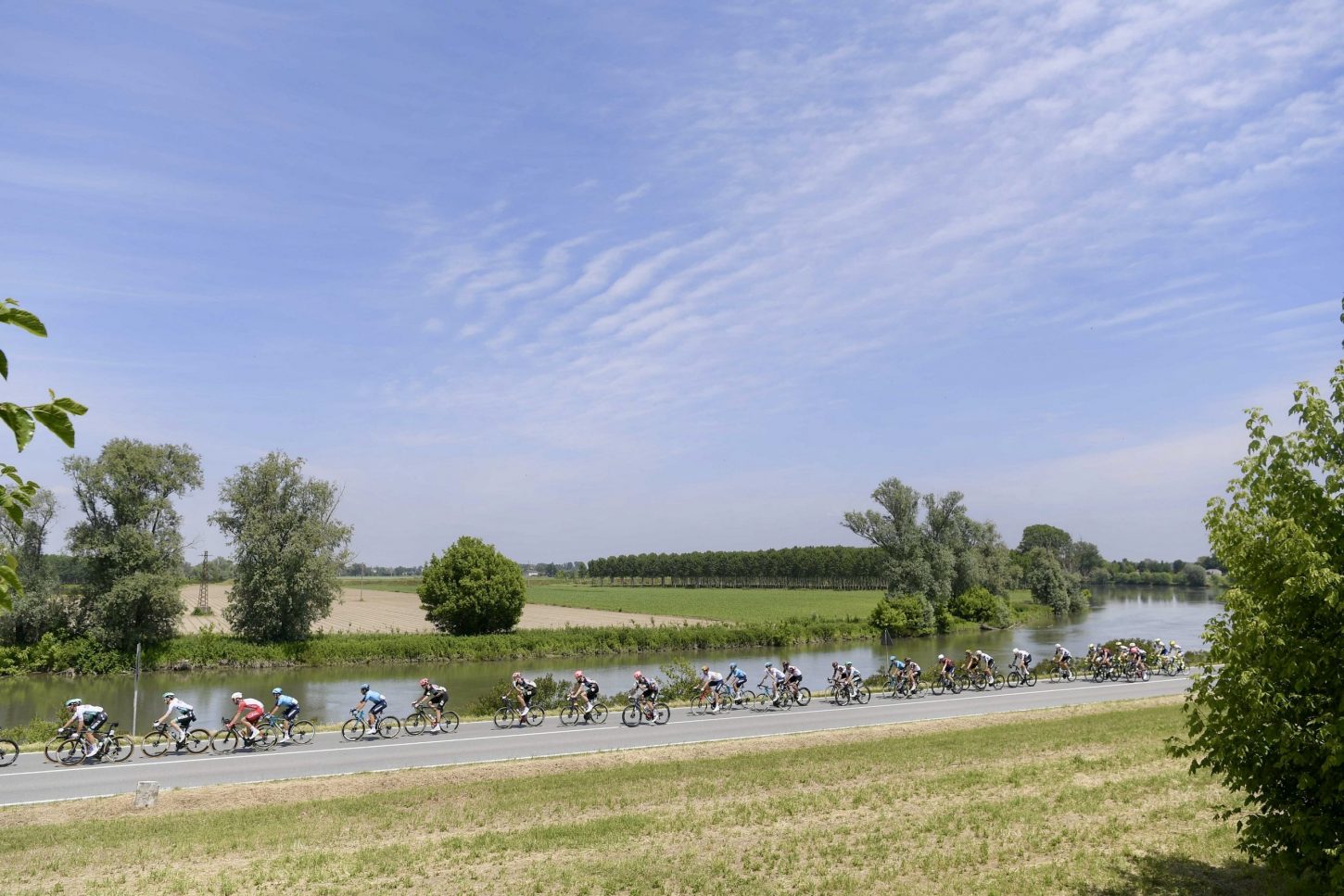 Alberto Bettiol put in an impressive performance to win stage 18 of the Giro d’Italia, after the Italian rider tracker down fellow breakaway companion Rémi Cavagna (Deceuninck – Quick-Step), to claim a solo victory in Stradella.

Cavagna launched an attack during the last 25 kilometers, but the Deceuninck – Quick-Step rider was caught by Bettiol and Nicolas Roche (Team DSM) along the final climb with 15 kilometers remaining, later jettisoning both of his rival during the last 5 kilometers to triumph in the longest stage of the year’s Italian Grand Tour.

Nicolas Roche (Team DSM) went on to finish third in the stage, after Simone Consonni (Cofidis) overtook him just ahead of the finish.

Bettiol was part of an initial six-rider breakaway effort along the first of the day’s four climbs, which later swelled to 23 riders from 16 different teams.

Oon the ramps of the category four Castana climb, Cavagna launched a devastating attack and immediately pulled clear of his breakaway rivals to establish himself out front, alone.

Roche and Bettiol tried to pursue, but Cavagna only extended his advantage over the next climbs.

With 16 kilometers left to race, Cavagna had pulled out a 30-second advantage, with 12 riders in the chasing group behind, including Bevin and Roche.

Meanwhile, the peloton continued to let the gap increase, as they cruised through the stage, relieved for an easy day after the brutal Sega di Ala the previous day.

At the 15 kilometer mark, Bettiol launched his move that was quickly followed by Roche, with the pair working together to try and bring back Cavagna and with 10 kilometers they’d knocked the gap down to 17 seconds just before catching the French rider.

Into the final kilometers, Bettiol had a 20-second gap over Roche, ultimately riding to the line to take another huge victory after his 2019 win in the Tour of Flanders.