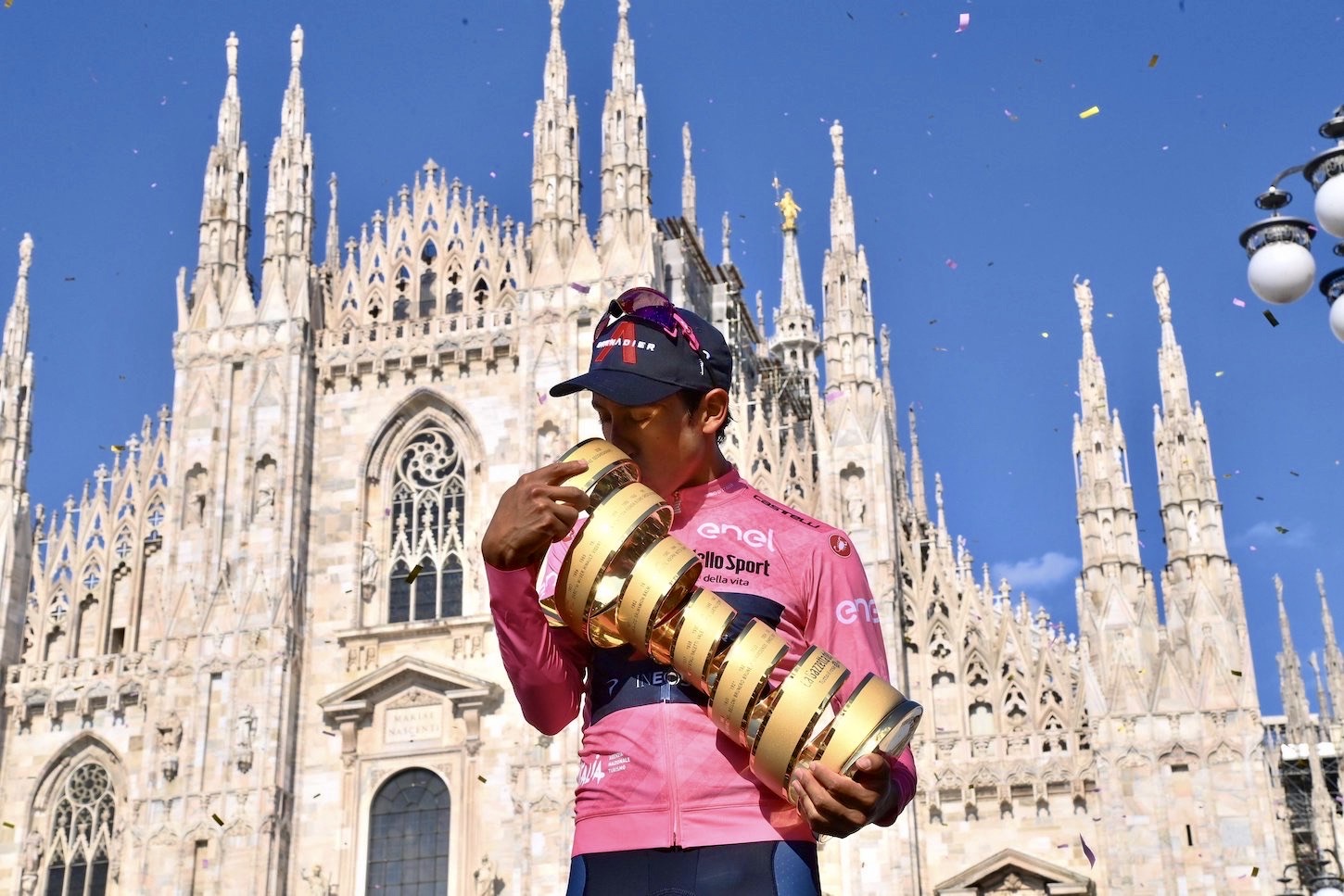 Meanwhile, Filippo Ganna, also of Ineos, took the stage win despite being forced into a bike change as he approached the finish, while his closest rival for the victory, Remi Cavagna (Deceuninck-QuickStep), also suffered a mishap.

The French national TT champion was looking like coming very close to Ganna’s time, until he massively miscalculated a turn in the last kilometer of the course. He said afterwards that he simply “forgot” the corner was there. Ganna’s eventual winning time was 33’48”, while Cavagna took 34 minutes exactly to complete the course.

Edoardo Affini (Jumbo-Visma) underscored his talents in the discipline, putting in a laudable time of 34’01” and taking third on the stage. He said afterwards that Ganna was simply too strong to beat, even with his bike change in the middle of the stage.

There was minor shuffling in the GC top ten. Romain Bardet (Team DSM) tumbled from fifth to seventh, with Dani Martinez (Ineos Grenadiers) springing up into the spot the Frenchman vacated. Joao Almeida probably had the ride of the day, at least among the GC contenders, managing to bag fifth overall on the stage and rise up from eighth to sixth. Hugh Carthy was another rider who faded slightly, dropping from seventh to eighth.