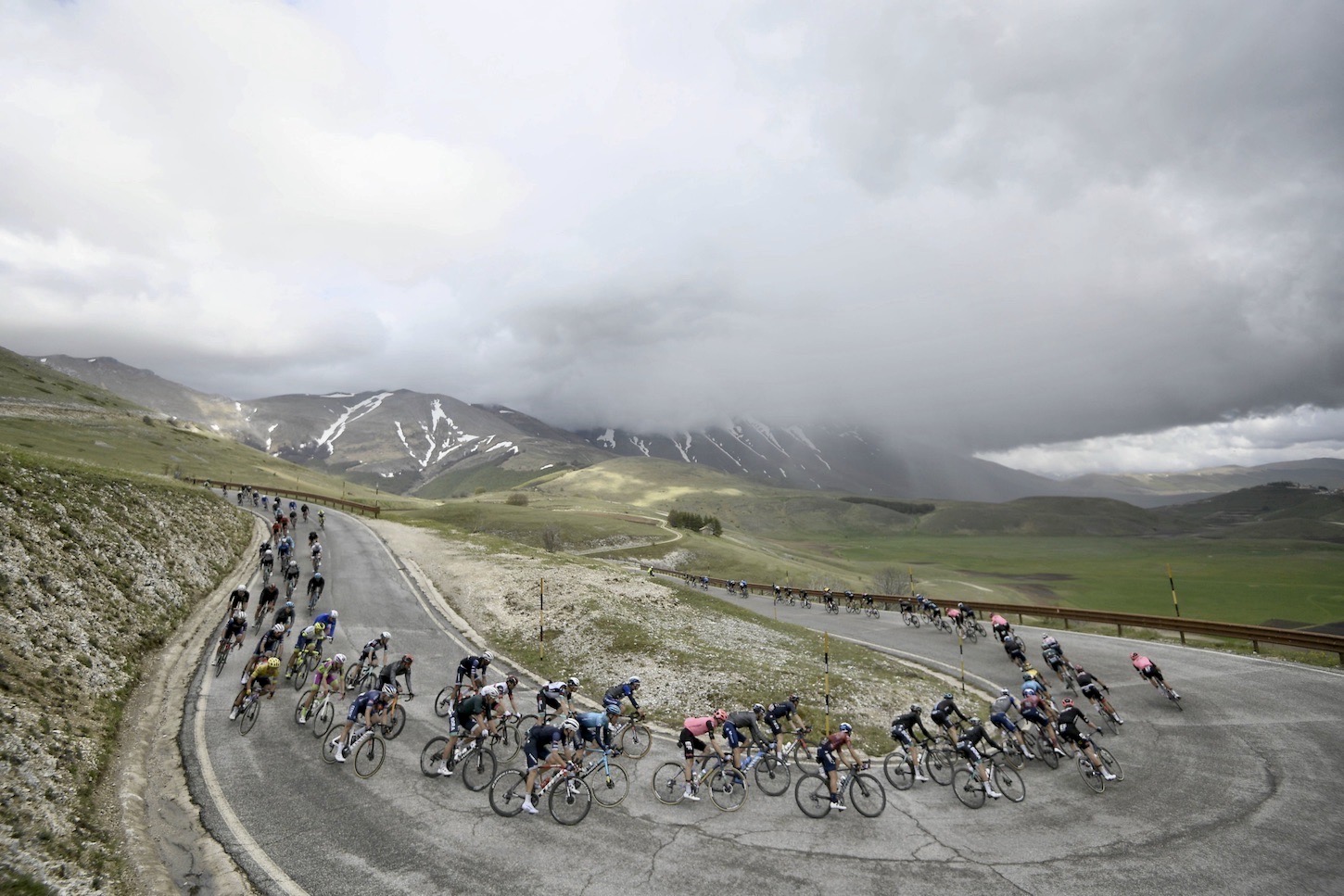 A wet, windy and dramatic stage 6 of the Giro d’Italia saw Swiss prodigy Gino Mäder hold on for his first professional win.

A day after Mikel Landa crashed out, Mäder was able to secure a morale-boosting win for his Bahrain-Victorious team on a day when the weather conditions played a big role in the proceedings.

In the general classification, the leader’s pink jersey was passed to Attila Valter (Groupama-FDJ), who was already overjoying the best young rider’s white jersey since the start of the Giro, now leads Evenepoel by 11-seconds.

Mäder was part of an eight-man group alongside teammate Matej Mohoric in the 160-kilometer stage from Grotte di Frasassi to the summit of San Giacomo above the city of Ascolo Piceno.

Mäder rode clear of his remaining companions, Bauke Mollema (Trek-Segafredo) and Dario Cataldo (Movistar), inside the closing kilometers to take his first win as a professional on the first summit finish of this year’s Giro.

In the meantime, there was a thrilling fight for the pink jersey behind, with Bernal leading home the chasing trio, while Hugh Carthy (EF Education-Nippo) and Simon Yates (Team BikeExchange) finished a further 17 seconds in arrears alongside Aleksandr Vlasov (Astana-Premier Tech) and the Hungarian youngster Attila.