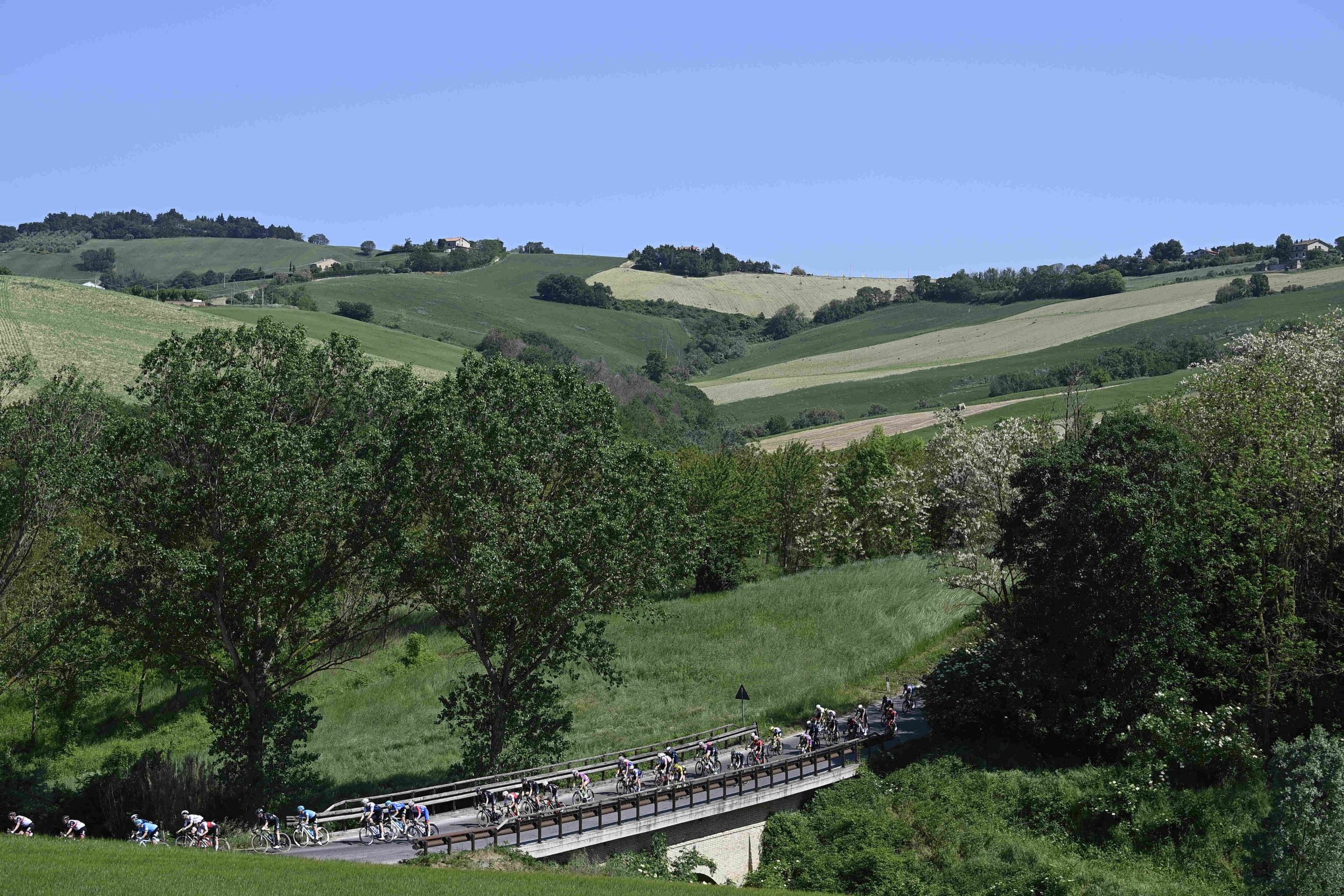 Van der Poel emerged from Girmay’s slipstream during the final 100 meters, but the Dutch rider was unable come around his rival, leaving him to sit up and accept his defeat as he crossed the finish.

Earlier, Girmay was forced to fight his way back to the peloton during the last few kilometers, after briefly going the wrong way on a descent.

From there, a string of attacks came from riders such as Vincenzo Nibali (Astana Qazaqstan), Simon Yates (BikeExchange-Jayco), Van der Poel and Richard Carapaz (Ineos Grenadiers), but none were made to stick, bringing the peloton back together.

As the race was building up to an uphill sprint finale, Girmay was the first to launch, a move that proved to be insurmountable for Van der Poel, as the Intermarché-Wanty-Gobert rider went on to make history as the first Black African rider to win a stage in the Giro d’Italia.

After being out front for most of the day, De Marchi was the final escapee to get reined in with 20 kilometers to go.

A flurry of attacks ensured from there, but none proved threatening until the peloton reach the climb in Monsano, where Alessandro Covi decided to attack. But,  riders from Intermarché-Wanty-Gobert were quick to shut down his aggressions.

Van der Poel would later initiate an attack during the run-up to the finale, but to no avail.

Calm subsequently came over the race, as a reduced peloton made its way up the final ascent, with Domenico Pozzovivo launching Girmay into position, as Van der Poel tried to follow in earnest. But, the Dutch rider failed to get on terms with his rival, who was forced to settle for a disappointing second.

In the meantime, Vincenzo Albanese finished a distant third, while the general classification contenders arrived together just behind the Italian rider to maintain their rankings in the overall standings.