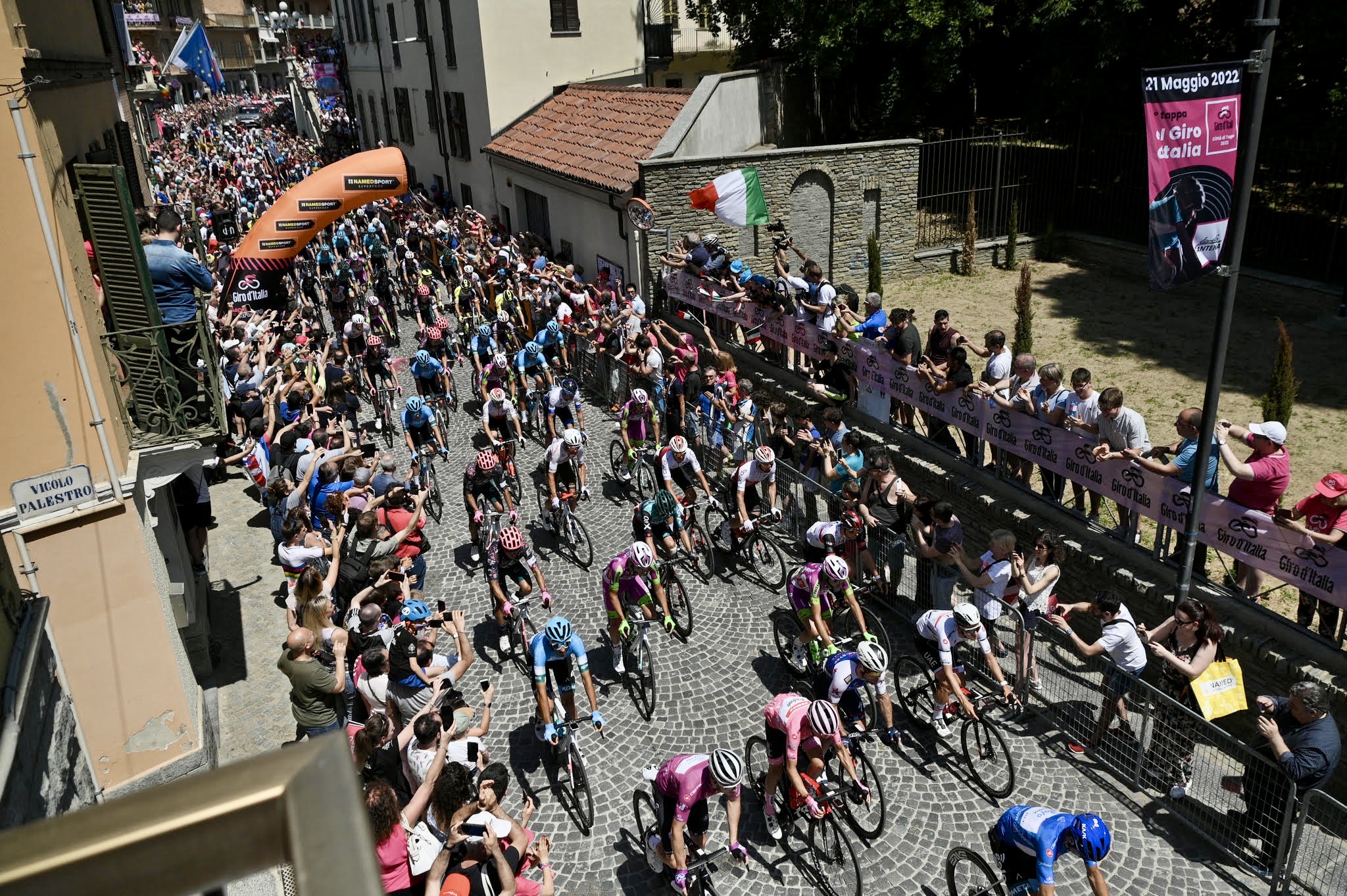 Simon Yates (BikeExchange-Jayco) claimed his second stage victory of this year’s Giro d’Italia today, after the British rider soloed to victory following the final descent into Torino, while Richard Carapaz (Ineos Grenadiers) finished third to take over the maglia rosa.

“I tried a few times in the beginning but it wasn’t possible. I made a couple of moves but maybe the group was too big or I wasn’t allowed to go, I don’t know,” Yates said.

“So we had to change tactic and to go after the stage normally. It was lucky that Bora tried to chase for the stage or for the GC. From there onwards I did my best.

“Not really. I mean not to put a downer on the day but I came here to win the race. For me it’s another stage. I have five already and it’s number six.

“I hope the legs stay as good as today. Today was a really big effort, not just for me but for everybody. The gaps are enormous, so if this heat sticks around it’s going to be a very hard final week.”

However, the escapees’ advantage was later brought to a halt by BORA – hansgrohe, which raided the stage with 80 kilometers to go, causing splits along the descent that saw riders such as João Almeida, Thymen Arensman, Guillaume Martin and Alejandro Valverde get dropped.

Almeida later managed to get himself back into the GC group along the first ascent of the Superga, while Wilco Kelderman set the pace up the hard ascent.

The Dutchman continued leading the way until the second ascent of the Superga, when the attacks began to fly, with López defending himself admirably until Carapaz attacked near the summit, causing the race leader to drop off the back.

From there, Carapaz continued increasing his gap over the final meters of the climb, while Pello Bilbao and others chased in earnest.

Jai Hindley later bridged his way to Carapaz along the climb of the Col della Maddalena, taking Nibali and Yates with him to form a lead quartet over the final categorized climb.

It wasn’t long before Yates made his final, explosive attack, a move that failed to get a response from the remaining trio during the last 5 kilometers, handing the BikeExchange-Jayco rider the stage honors.