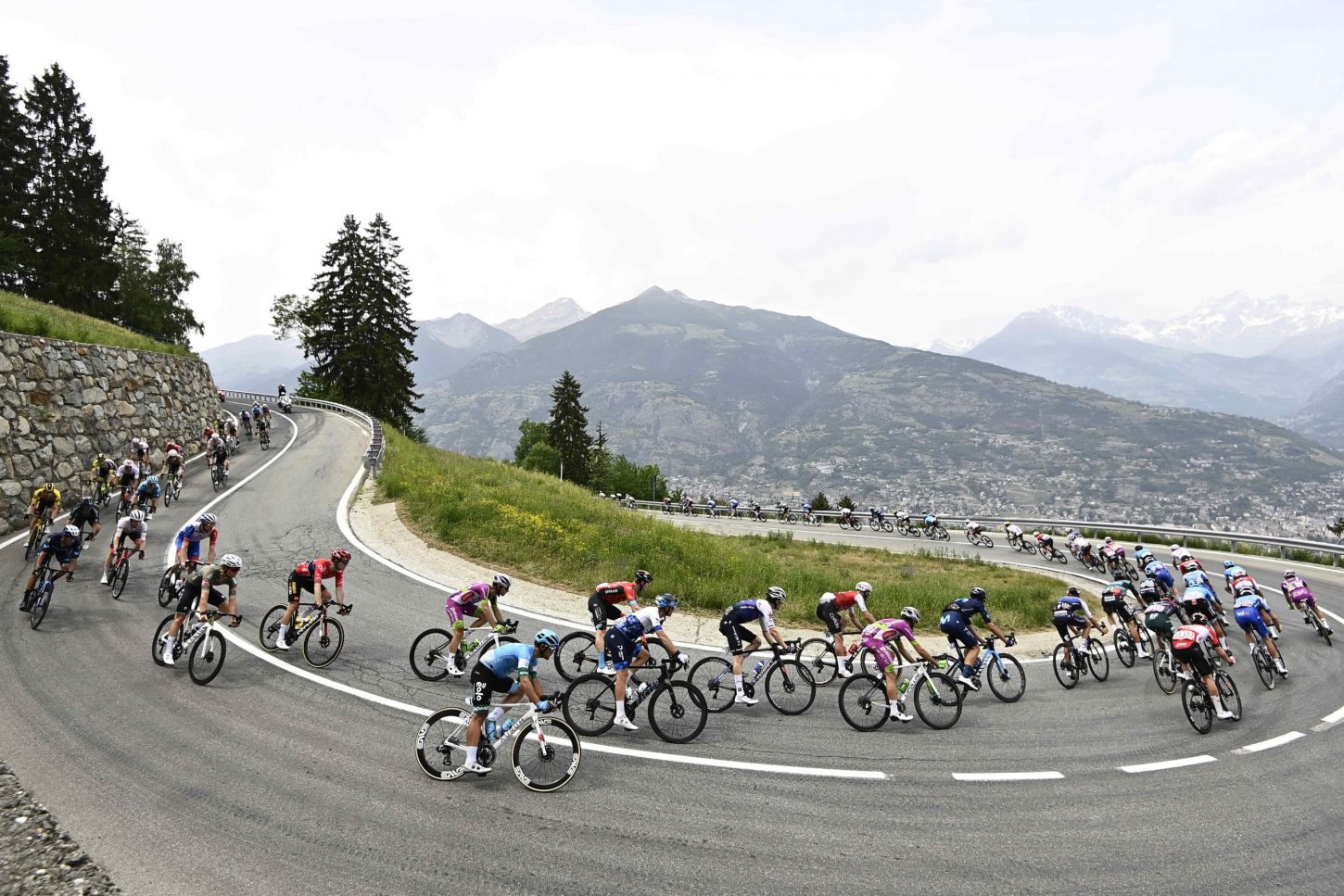 Giulio Ciccone (Trek-Segafredo) claimed stage 15 of the Giro d’Italia today, after the Italian rider commenced a flurry of stinging attacks along the final climb to Cogne, which left his former breakaway companions scrambling to limit their losses.

Ciccone made his winning move with 18km to go, riding away from Hugh Carthy (EF Education-EasyPost) and Santiago Buitrago (Bahrain Victorious) on the steeper gradients of the final, later establishing a 1:33 advantage over Buitrago, who quickly caught and passed a struggling Carthy to finish in second place.

“The steep part of the climb was at the beginning, in my mind I say, ‘OK, if I go alone here I can arrive alone,’” Ciccone said after the stage. “Otherwise, with two of three riders, you never know what can happen. I tried here today because my legs were really good. It was the best choice that I made.

“I think this has been my most beautiful victory, even better than the yellow jersey at the tour de France. This has an indescribable value for me,” Ciccone said.

From there, the escapees went on to establish 4:30 margin by the time they reached the foot of the first climb of the day, Pila-Les Fleurs, which featured an average gradient of 6.9% for 12km.­

Bouwman set off in search of mountains classification points with 4km to the summit, later securing the maximum 40 points at the top of the climb, overtaking the current magalia azzurra leader Diego Rosa (EOLO-Kometa) in the process.

With 50km to go, the three riders had a gap of 90 seconds at the foot of the Verrogne climb.

The main breakaway group began to splinter on the early slopes with the road ramping up to 9.8% in places.

Ciccone, Pedrero and Buitrago took advantage of the punishing gradients and bridged across to the leaders before dropping them all with 7km of the climb left.

The trio were joined by Carthy just before the summit of Verrogne, with Costa and Tusveld making contact by the bottom of the descent too.

Meanwhile, back in the bunch Guillaume Martin (Cofidis) had attacked on the climb and, alongside the remnants of the early breakaway, held a minute’s advantage on the peloton with 25km left.

At the front of the race, Ciccone and Carthy were the strongest riders on the steep early slopes of the final climb to Cogne and went clear. Yet the Italian then attacked again, dropping the EF Education-EasyPost rider and going clear with 18km left.

With 13km left and over the hardest part of the climb, Ciccone had forged a one-minute gap over his rivals, extending his advantage the further he rode up the climb.

He came to the line a minute ahead of Buitrago , while the peloton arrived at the finish almost eight minutes later, with Carapaz and the rest of the GC contenders all rolling in together.