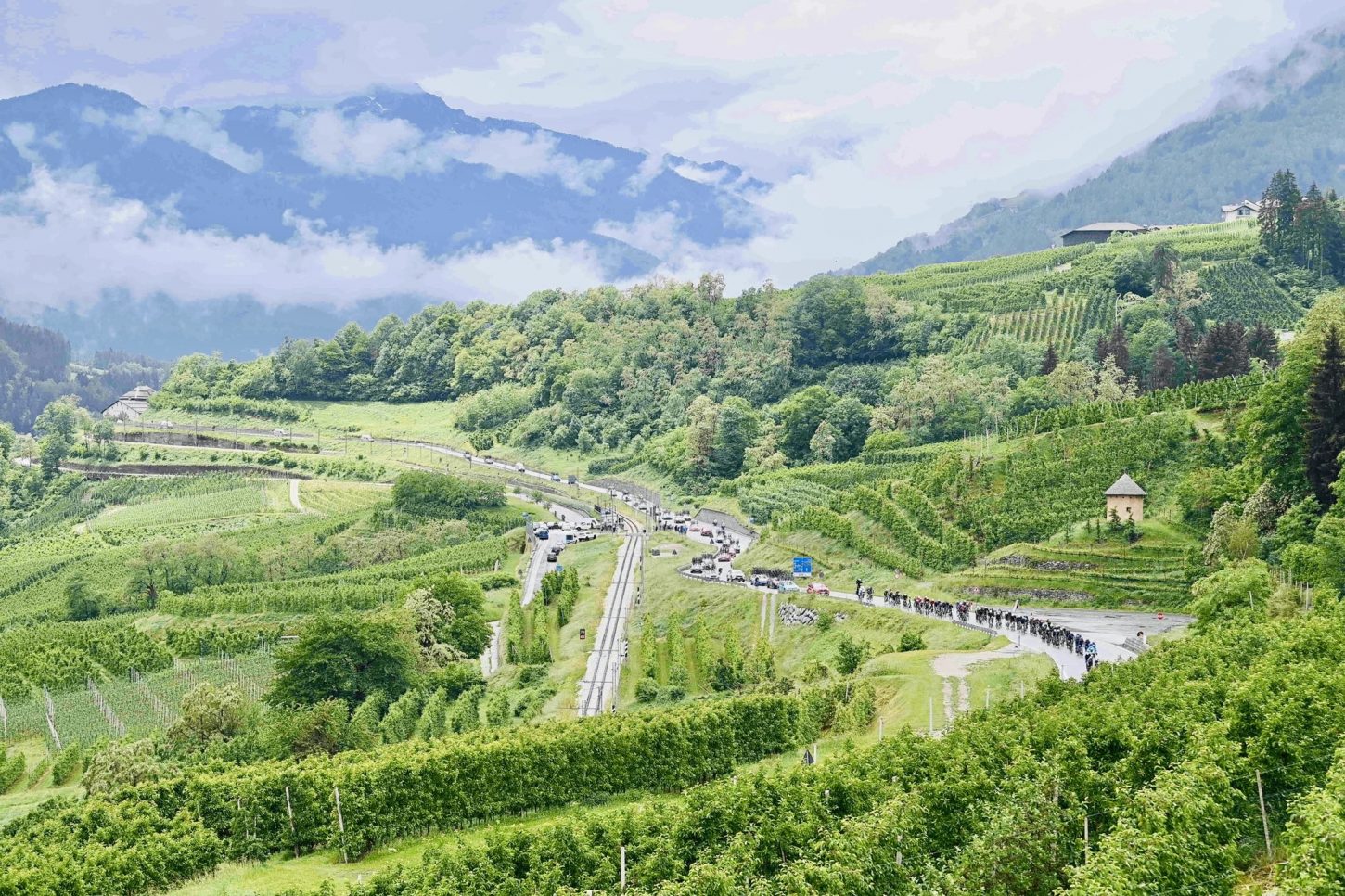 Having strength in numbers, Bahrain – Victorious was able to deliver Santiago Buitrago to victory in stage 17 of the Giro d’Italia today, after the Colombian rider dropped Gijs Leemreize (Jumbo-Visma) on the final slopes of the Monterovere to take his maiden Grand Tour stage win.

A hard start to the day up the Passo del Tonale saw a large breakaway group of 20 riders attack each other as soon as the gradient kicked-up.

However, it wasn’t until the climb of the Valico del Vetriolo, when things got really animated, with Mathieu van der Poel and Leemreize commencing an attack that saw the two riders open up a slight advantage along the descent.

As the duo hit the climb of the Monterovere, Van der Poel briefly distanced Leemreize, but both were later hunted down by Buitrago, who came from behind and took advantage of the steep slopes.

But, it wasn’t until the final meters of the climb that Buitrago managed to jettison Leemreize, who did not have the legs to stay on terms with his Colombian rival.

In the meantime, Jan Hirt had made his way along the final slopes to claim the last spot on the podium, finishing almost two minutes behind the leaders.

As for the GC group, despite Bahrain – Victorious showing some early signs of pushing the pace, the peloton rode conservatively until the final climb, with Mikel Landa launching a couple of attacks that were closely marked by Richard Carapaz and Jai Hindley.

From there, the duo worked alongside Wout Poels to open up a slight gap that saw João Almeida get dropped on the climb, knocking the Portuguese rider from third place to fourth, while Carapaz retained his slender margin of three second lead over Hindley in the overall standings.