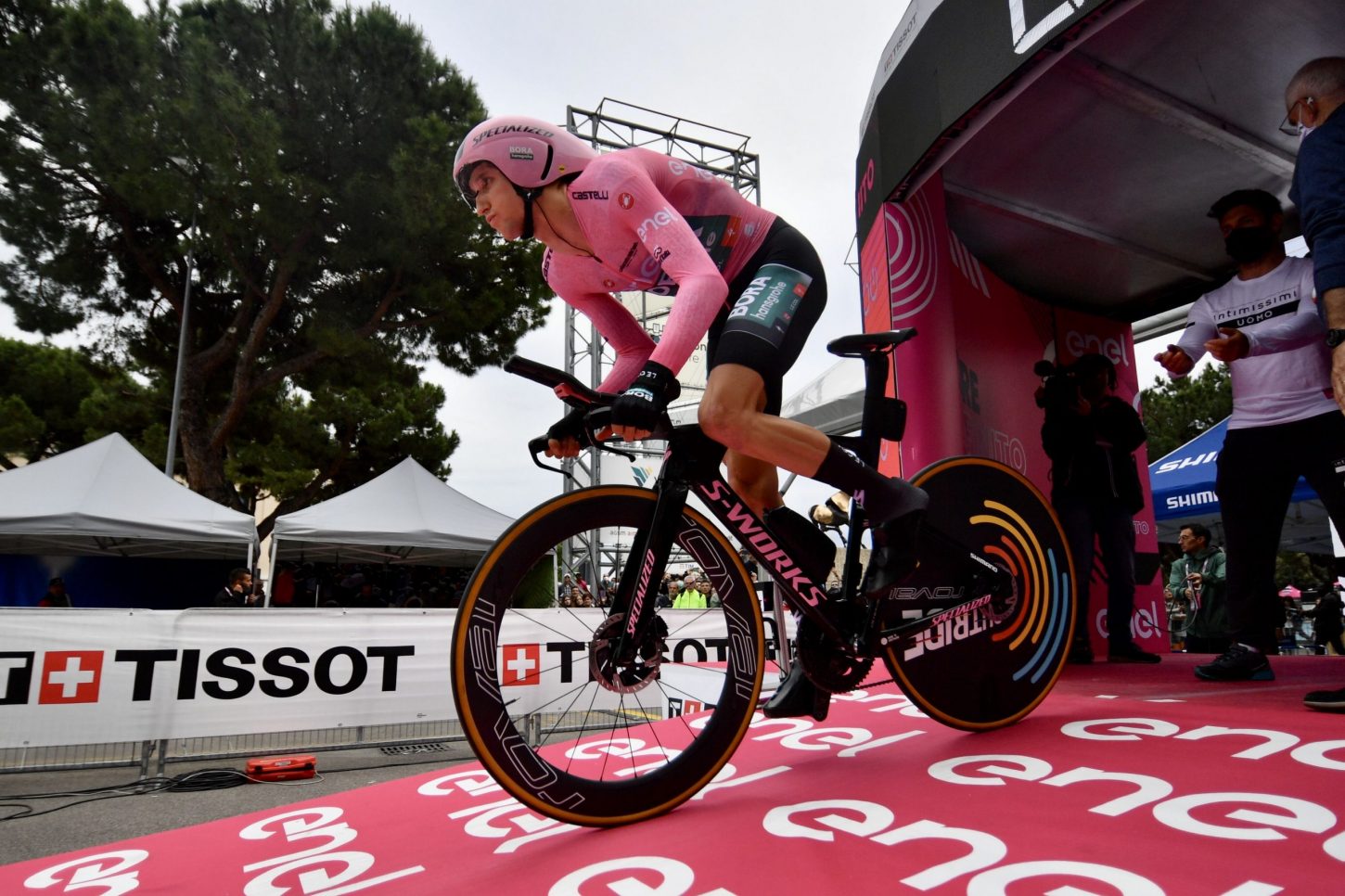 Richard Carapaz (Ineos Grenadiers) started yesterday’s mountain stage as the favorite, but the Ecuadorian rider cracked during the final 3 kilometers, giving Hindley a 1’25” lead heading into the final day.

Carapaz was still able to celebrate his 29th birthday today, by holding onto second, while Mikel Landa (Bahrain-Victorious) claimed the final spot on the podium.

Today’s hilly race against the clock, saw the likes of Michael Hepburn and Magnus Cort Nielsen put in strong, early times. But, Sobrero stormed through the course to set a comfortable benchmark, leaving him on the hot-seat for most of the day, while Thymen Arensman and Mathieu van der Poel came the closest to the Italian Time Trial Champion’s time.

However, it was Hindley’s day to celebrate, marking the first time an Australian rider won the Italian Grand Tour.