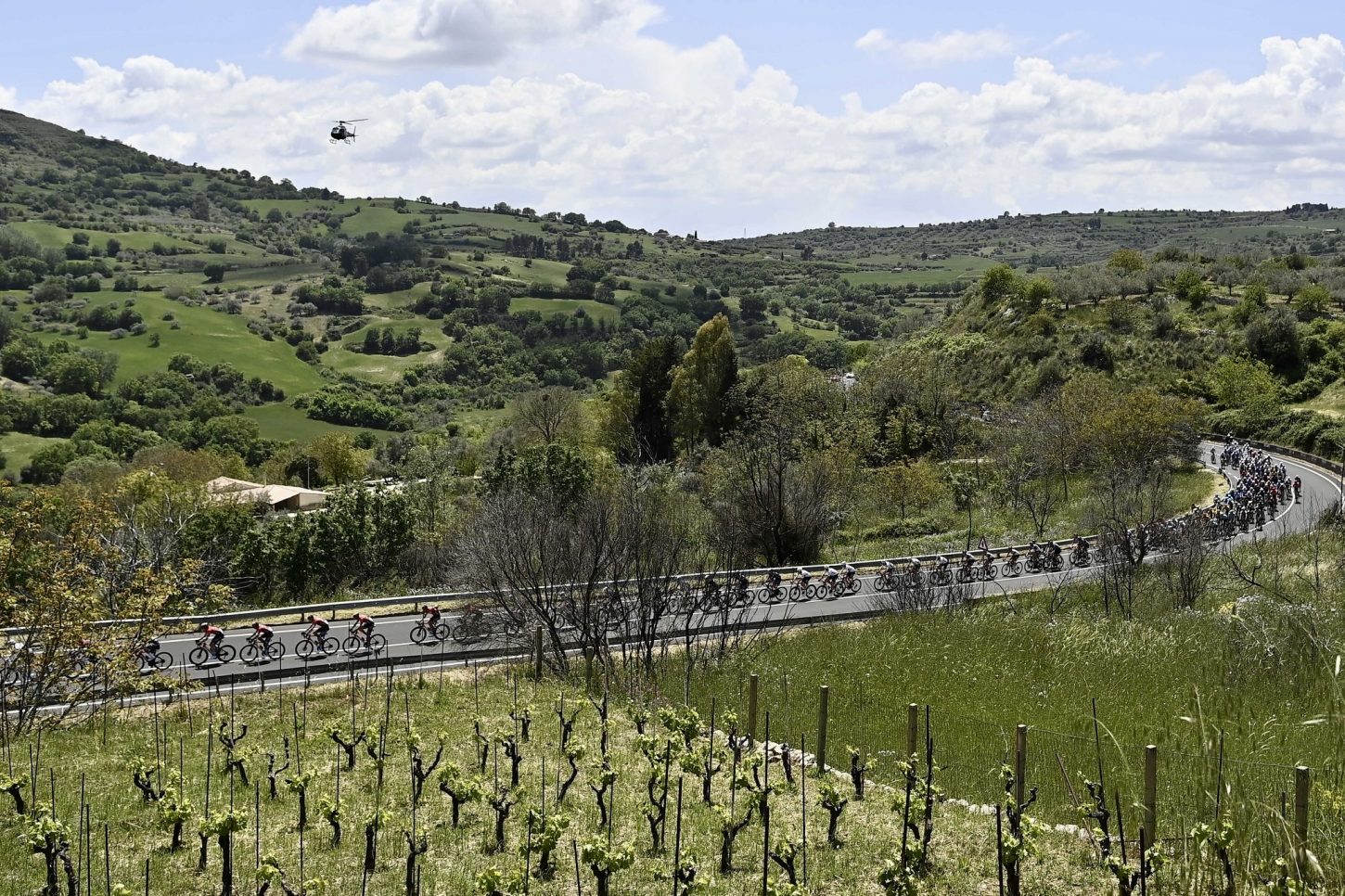 Lennard Kämna (Bora-Hansgrohe) took a stunning victory in stage 4 of the Giro d’Italia today, out-sprinting Juan Pedro López (Trek-Segafredo) atop the final climb of Mount Etna, after the two riders emerged from a 14-rider breakaway group along the summit finish.

López could be seen banging his handlebars in frustration, after he failed to stay on terms with Kämna’s final surge.

Meanwhile, Rein Taaramäe (Intermarché-Wanty-Gobert) rounded out the podium in third at 34 seconds behind, moving the Estonian rider into third place in the overall classification, followed by Sylvain Moniquet (Lotto Soudal) who beat Mauri Vansevenant (QuickStep-AlphaVinyl) to finish fourth at 2:12 seconds in further back.

With 28 kilometers remaining, Oldani launched an attack against his fellow breakaway companions just before the final climb, quickly opening up a slight advantage before being joined by López with 12 kilometers to go.

From there, the Spanish rider proceeded to drop his Italian rival and set-off alone.  In the meantime, a determined Kämna succeeded in bridging his way López during the final kilometers.

Heading into the last kilometer, the duo continued to work together, But, as the finish looped near, Kämna launched his sprint, easily distancing López to claim the stage honors.

Nevertheless, his second place finish was enough for the Spaniard to takeover the race lead and wrest the maglia rosa from Mathieu van der Poel.

Missing from today’s action were Miguel Ángel López (Astana Qazaqstan), who abandoned due to a hip and thigh injury at the start of the stage, while his teammate Vincenzo Nibali and Tom Dumoulin (Jumbo-Visma) were distanced in the second half of the 22.8 kilometer climb to the finish.