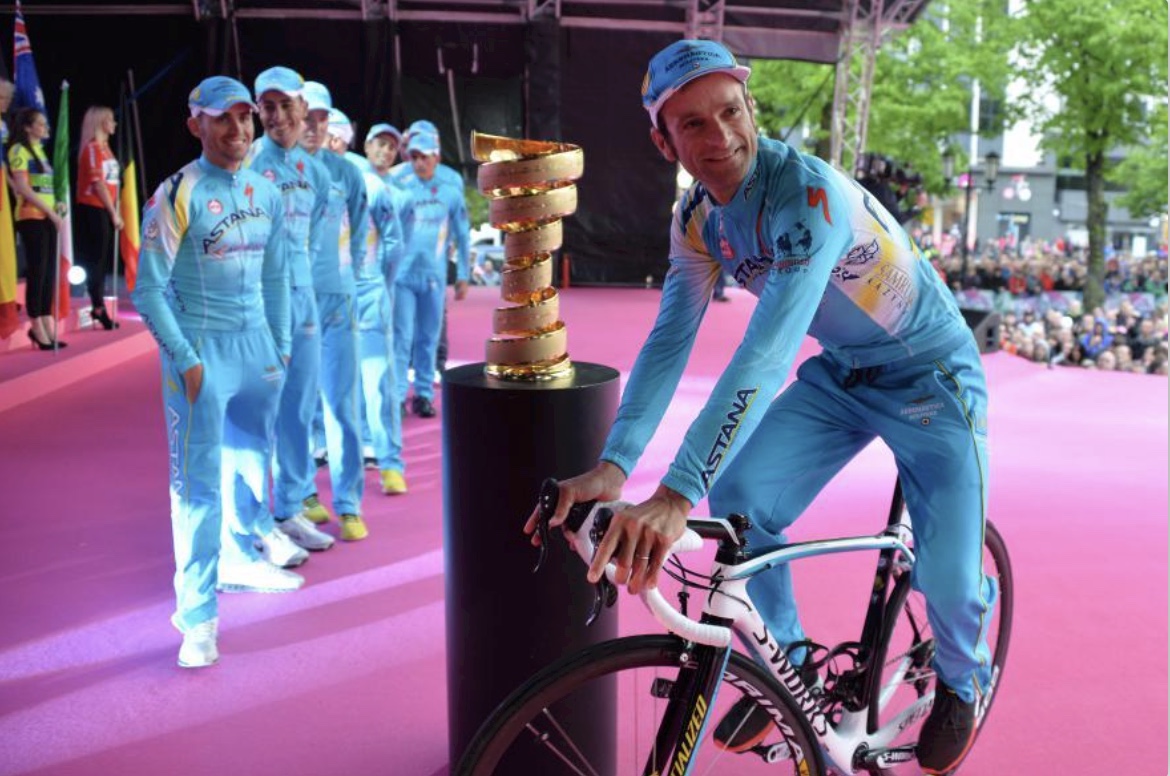 To honor 2011 Giro d”Italia winner Michele Scarponi, who was tragically killed in an accident during a training ride last month, race officials have decided to dedicate this year’s climb of the infamous Mortirolo Pass in his memory.

Scarponi was due to lead his Astana team at the start of this weekend’s Italian Grand Tour, before his untimely death.

Today, Giro d’Italia organizers confirmed that Stage 16 has been named in his honor, who famously attacked along the ascent of the Mortirolo in 2010 on the way to taking his third and final career stage win in the race.

In addition, race officials have also decided to double-up on the mountains classification points for the first rider over the “Scarponi Climb”, which sees mountains passages from Rovetta to Bormio.

Additionally, Scarponi’s Astana team will be the first to be introduced during Thursday’s team presentations in Alghero, Sardinia, which will host the first three stages of this year’s race, along with a special moment of silence during the opening stage.

Scarponi was awarded the overall victory of the 2011 Giro d’Italia after Alberto Contador was stripped of the title as a result of being caught “doping”.

Organizers said there will also be a moment of remembrance for the Italian rider during the final podium celebrations in Milan.

“The Giro d’Italia can’t forget a great champion, a big friend and a great man who was set to take part in the Corsa Rosa for the 12th time this year,” read a statement from race organizers today.

“Therefore, a tribute will be paid to him with one of the iconic climbs of this year’s race dedicated to him: the Mortirolo”.