Giro d’Italia Postponed Due to Coronavirus 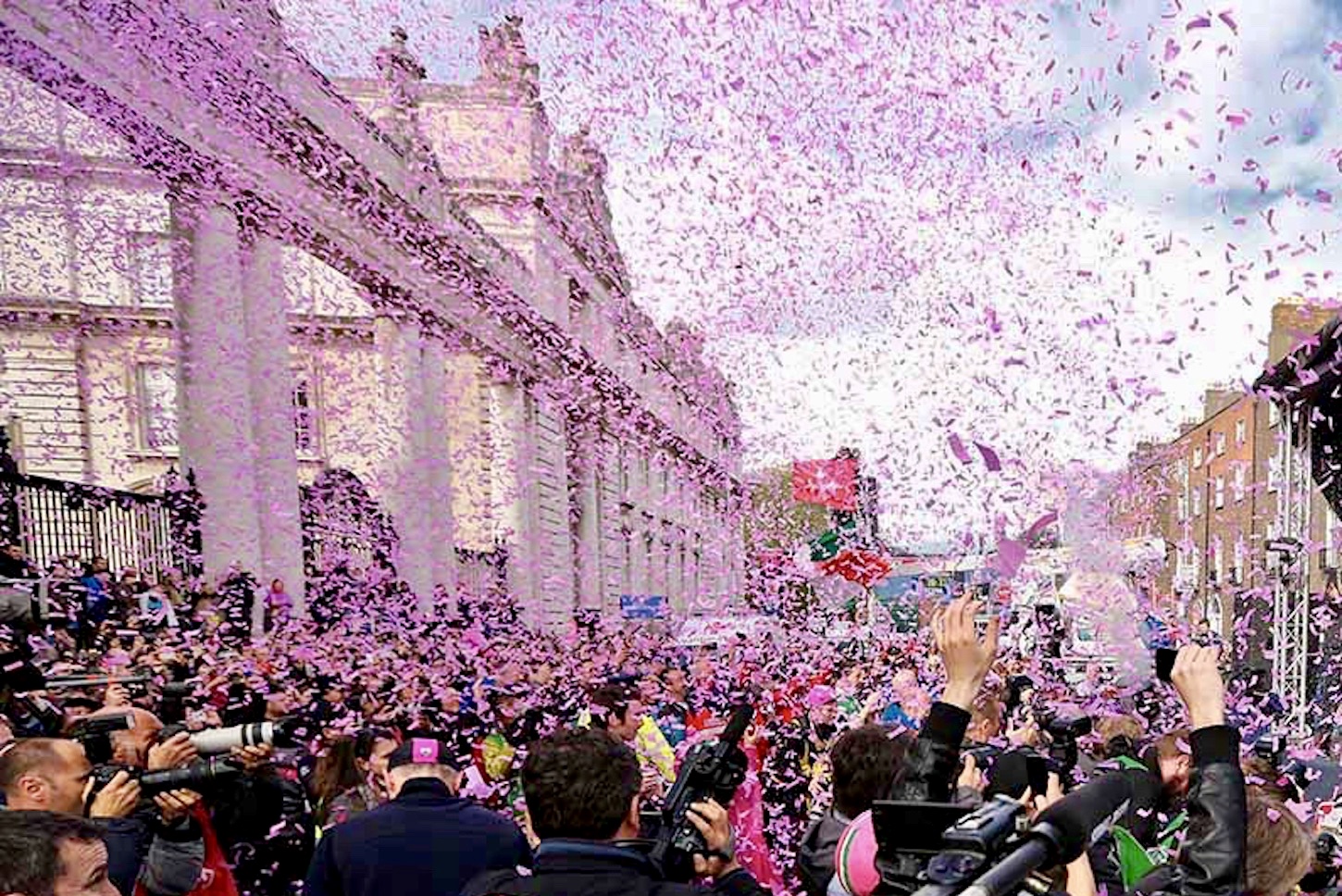 This year’s Giro d’Italia has been postponed due to coronavirus fears, race organizers RCS announced today.

No new date for the first Grand Tour of the season, originally set for May 9-31, has been announced.

RCS, having taken note of the national and international situation, announce the postponement of the 2020 Giro,” a statement said.

“The new date will not be announced until April 3,” it added.

Italy has put a stop to all sporting events taking place until April 3 in a country-wide lockdown aimed at slowing the deadly outbreak.

The 2020 Giro d’Italia had been due to start with an individual time trial in Budapest on Saturday May 9, followed by two other stages in Hungary before a plane transfer to Sicily. The remaining stages were due to be held in the Italy before finishing in Milan on May 31.

Earlier on Friday the Hungarian government commissioner Máriusz Révész announced via a Facebook post, that the opening stages would not be held, anticipating RCS Sport’s announcement regarding the entire race.

“(Organizers in Italy and Hungary) have agreed that both parties are determined to work together to enable Giro d’Italia to depart from Hungary at a later time,” Hungarian organizers said.

Cycling’s international governing body, the Union Cycliste Internationale (UCI), will meet with RCS, Tour de France organizers ASO, teams and riders in Switzerland on Tuesday to discuss the rest of the season.

“In response to the spread of the coronavirus the Hungarian government has declared a state of emergency. This prohibits the organization of mass events and makes it impossible to organize international events,” RCS Sport explained. “All parties have agreed that they are determined to work together to enable the Giro d’Italia to depart from Hungary at a later time. “RCS Sport, having taken note of the international and national situation, announces that the date of the 2020 Giro d’Italia is thereby postponed.

“The new date will be announced no earlier than 3 April when the provisions of the D.P.C.M. (Decreto del Presidente del Consiglio dei Ministri della Repubblica Italiana – Decree of the President of the Council of Ministers of the Italian Republic) of 4 March 2020 will end, and only after having consulted with the appropriate representatives of the Italian Government, local and territorial authorities and Italian and international sports institutions.”

Earlier, the eight-day Paris-Nice was cut to seven days due to COVID-19 worries with the race coming to an end with Saturday’s 166.5km run to La Colmiane.

RCS has already announced the canceling of the Strade-Bianche and the postponment of the Milan-San Remo and Tirreno-Adriatico.