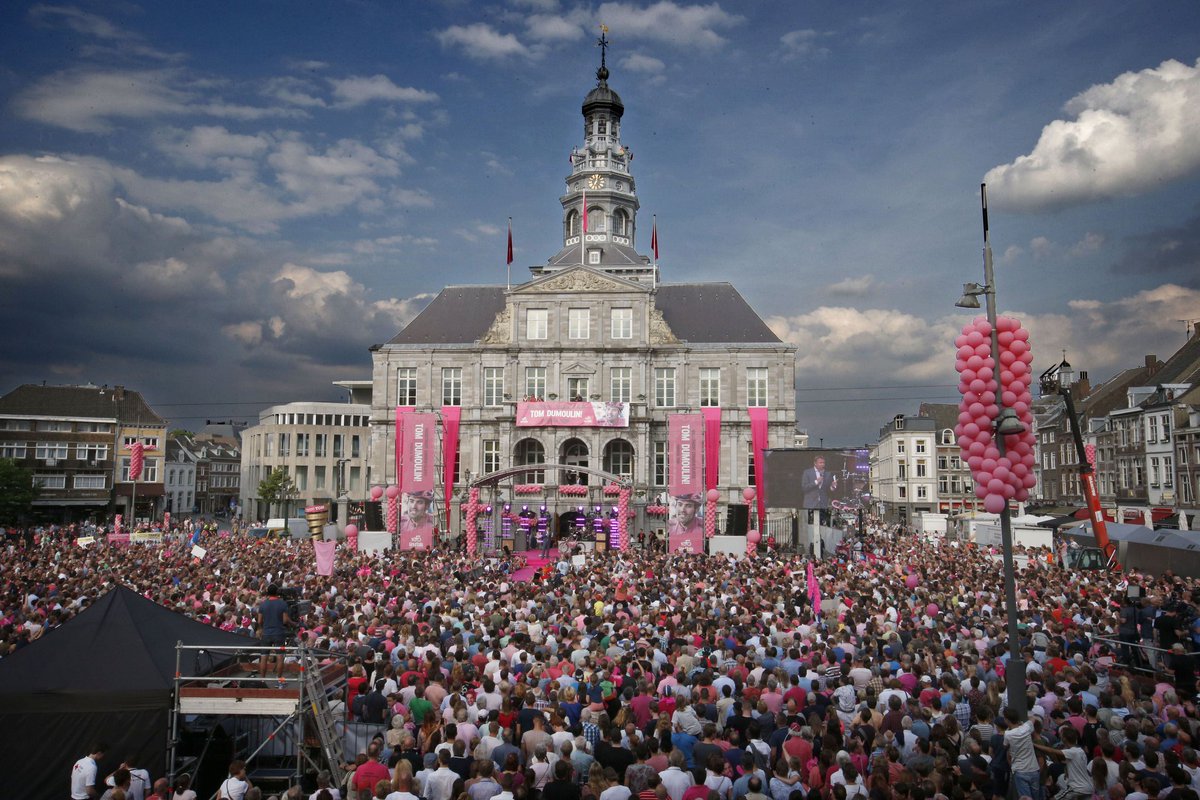 Giro d’Italia winner Tom Dumoulin received a hero’s welcome in his home city of Maastricht, Holland today, which was flooded with thousands of fans in all manner of pink confetti.

Being the first Dutch rider to win a Grand Tour race in 37 years, Dumoulin was catapulted to stardom when he clinched the overall victory on Sunday, after an intense build-up to the final time trial stage, which reclaimed the maglia rosa for the Team Sunweb rider after losing it to chief rival Nairo Quintana during the last few stages.

However, not all of the celebration was for Dumoulin alone, as fellow compatriot Jos van Emden also proved to be a standout rider in this year’s Giro as well, especially after winning Sunday’s final time trial stage.

“It was a great day for Dutch cycling,” Dumoulin said. “Not only me but also for Jos.”

In the midst of the celebration, Dumoulin was also appointed Knight in the Order of Orange Nassau, which is the Dutch equivalent of OBE in the UK.