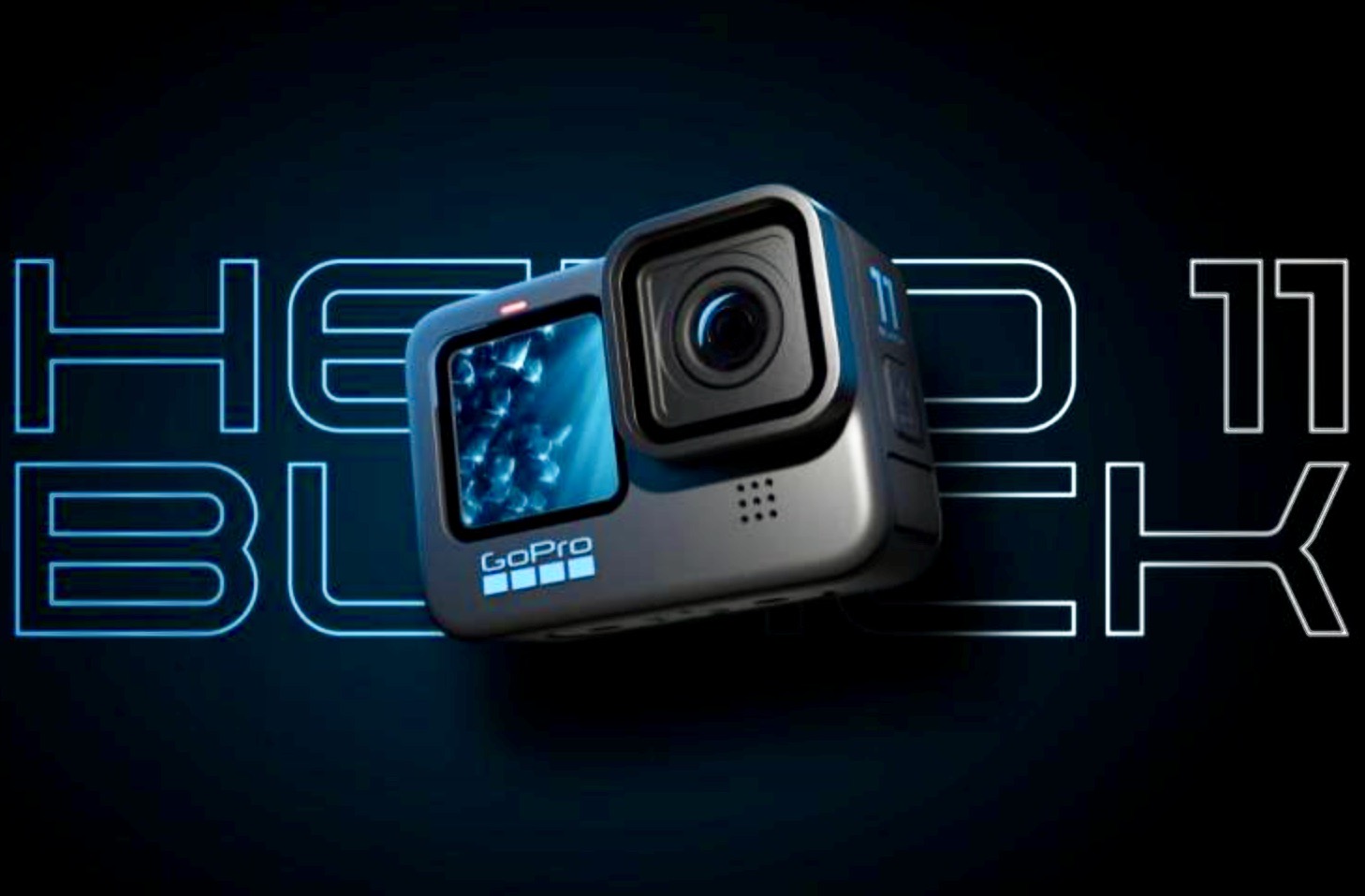 Additionally, all three cameras take GoPro’s subscription service to a new level by delivering automatic highlight videos to the user’s phone, while subscribers need only to plug-in their HERO11 in order to upload footage to their GoPro cloud account where it’s automatically edited into a highlight video. Likewise, the video is automatically sent to the member’s phone via the GoPro Quik app.

According to GoPro, the new HERO11 Black is more powerful and convenient than ever before, featuring the brand’s signature HERO camera design, durability and performance, while the HERO11 Black Creator Edition is an all-in-one content capturing action-camera that makes vlogging, filmmaking and live streaming easy thanks to its ultra lightweight that can fit into the palm of the user’s hand. Moreover, it features all of HERO11 Black’s performance plus a long-lasting battery grip with built-in buttons for one-handed camera control and over four hours of 4K recording per charge. HERO11 Black Creator Edition also includes an optional directional microphone, external mic input, HDMI port for connecting to external displays, a high-output LED light and two cold shoe mounts for mounting additional accessories.

The HERO11 Black Mini is a smaller, lighter, simpler version of HERO11 Black, which features all of the performance of its bigger sibling, but in a smaller, one-button design that makes it the perfect choice for users who want maximum simplicity without sacrificing even a hint of performance or quality.

New Larger Sensor Captures 10-bit Color and the Widest, Most Immersive Native Field of View in a HERO Camera

The new 1/1.9” sensor delivers over 1 billion colors in 10-bit color video at up to 5.3K resolution at 60 frames per second in both HERO11 Black and HERO11 Black Mini and 27 megapixel photos in HERO11 Black. The result is, 64X more colors captured in 10-bit video and over 16.7 million colors in 8-bit, a staggering leap forward in image quality over previous GoPro cameras.

Also, the HERO11 Black’s new larger sensor also enables 8:7 aspect ratio video for the largest vertical field of view ever on a GoPro. This means users can now capture more of a scene vertically with the ability to crop for different aspect ratios in the GoPro Quik app—perfect for simultaneously creating extra-tall 9:16 vertical shots for Instagram and TikTok, plus high-resolution 16:9 cinematic shots ideal for YouTube or the big screen. Users can also zoom in on the best sections of their videos to create high-resolution closeups.

The new sensor also enables HyperView, the widest 16:9 field of view ever native to a HERO camera, making it ideal for filming first person view of the user biking, skiing, surfing, motorcycling and similar activities.

•Emmy Award-winning HyperSmooth 5.0 technology with in-camera 360-degree Horizon Lock to keep your footage steady even if your camera rotates a full 360 degrees during capture.

•Simpler camera control with Easy and Pro modes. Easy Controls make it easier than ever to record in the best setting for any situation, while Pro Controls unlock every aspect of your HERO11 camera for maximum creative control.

A GoPro Subscription Makes Everything Easy

The GoPro Subscription now enables your GoPro camera to auto-upload your footage to your GoPro cloud account with unlimited backup of all your shots at their original source quality. Moreover, you’ll receive a highlight video of your footage immediately after it’s done uploading to the cloud. GoPro subscribers also enjoy the following benefits:

•Up to 50% savings on GoPro camera, accessories and lifestyle gear at GoPro.com