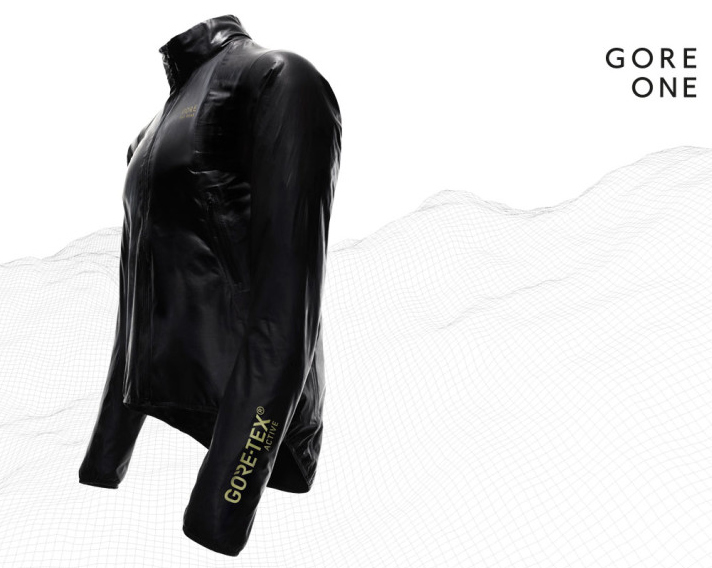 GORE-TEX announced this week, the launch of its new waterproof GORE ONE Active Jacket.

Gore-Tex says, cyclists can now“brave the elements with unprecedented lightness and breathability”, thanks to its new Active Jacket, which represents the first such cycling jacket to incorporate GORE-TEX’s new Active with Permanent Beading Surface technology.

According to GORE-TEX, the new Active Jacket is part of their new range products called – GORE ONE, which feature their newly developed three-layer laminate shell-system, which not only yields both breathable, waterproof capabilities, but at 133 grams its the lightest, packable jacket of its kind. Furthermore, GORE-TEX says, the new material don’t posses a coating, so there’s nothing to wear off either.

When it come to proper fit, Active Jacket ticks all of the boxes as well, with such ergonomic features as longer sleeves, a drop tail, and a full-zip collar to keep water out. In addition, in order to rid the jacket of water, all cyclists need to do is simply shake it, thus the moniker Shake Dry Surface.

The Active Jacket is available now, and it can be purchased directly from GORE-TEX – at the hefty price of $300.00.