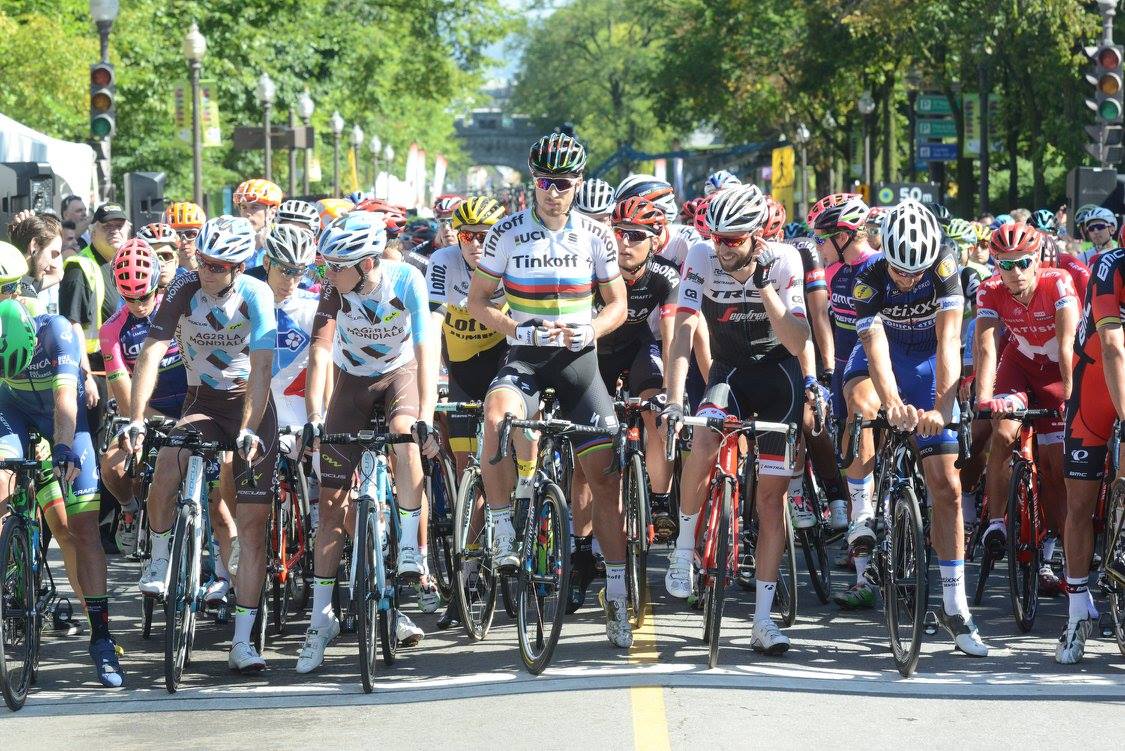 The Tinkoff rider succeeded in making his way up through the ranks of the peloton during the waning moments of the race, to hold-off any late challenges from Greg Van Avermaet (BMC) and Anthony Roux (FDJ) – to seize the race honors.

From there, the escapees enjoyed quite a bit of lime-light out front until the 60 kilometer mark, where the peloton began bearing down on the group’s advantage.

Indeed, a further 20 kilometers later, all but Bak had been caught.

However, it wasn’t long before the Lotto-Soudal rider was joined by Luke Rowe (Sky) and Julian Alaphilippe (Etixx-QuickStep).

Bak would eventually fade, leaving Rowe and Alaphilippe to strike out on their own.

A determined Alaphilippe would later drop his breakaway companion along the climb of the Rue de la Montagne, leaving the French rider out front for a brief spell before he too was caught.

After the peloton regrouped, a new compliment of breakaway riders led by Fabio Aru (Astana) came to form. However, their time out front was brought to a quick close as well.

Matej Mohoric (Lamprwe-Merdia) was the next rider to try his luck with a solo escape during the final 20 kilometers.

However, a concerted chase on the part of Orica-BikeExchange and Direct Energie eventually reclaimed the Lampre rider along the penultimate passage of the Rue de la Montagne climb.

Heading into the final lap, Paul Voss (Bora-Argon18) created a small gap for himself, only to be caught and passed by IAM Cycling’s Oliver Naesen (IAM).

This time it was Team Sky who hit the front, which led to the quick catchment of Naesen.

From there, Rigoberto Uran (Cannondale-Drapac) initiated an attack heading into the final kilometer.

However, a steely Sagan ultimately made his way up the right-hand side of the road during the closing meters, to catch the rest of the peloton off-guard and snatch the race victory.