Greg LeMond: How an Outsider Turned Cycling Onto Tech 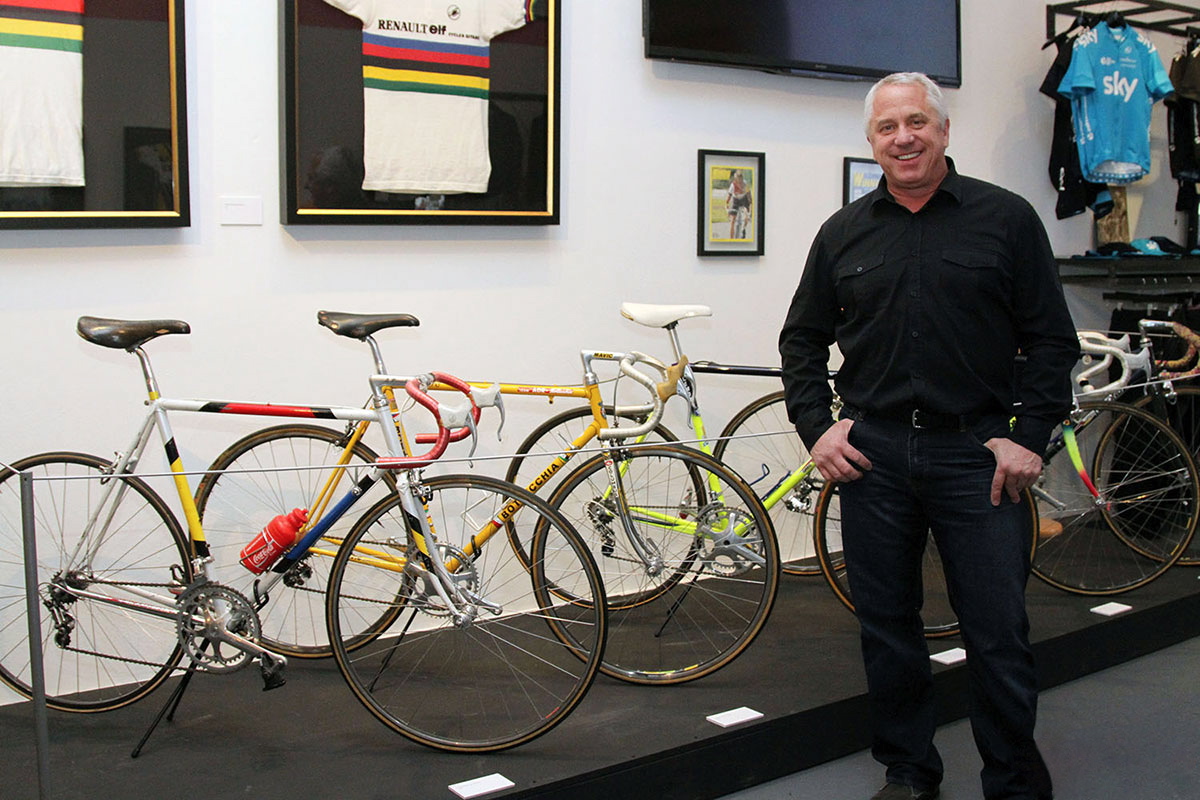 Greg LeMond: How an Outsider Turned Cycling Onto Tech

The bicycle is a marvelous invention and the most efficient human-powered machine. Bike riding is practical and “green” transportation that can replace automobile driving with beneficial physical activity. Bicycle racing puts athletic power and endurance to the ultimate test in the most grueling physical contests on Earth such as the Tour de France and World Championships.

If you want to see high technology on display, all you have to do is drop buy your local bike shop. There you will see the modern time trial bike as a showcase of space age materials, aerodynamic design, and biomechanics. How did this technology come about and who is responsible for these advancements?

If you were to name one person who advanced bike design from the classic age into the modern era, it would have to be Greg LeMond, a three-time Tour de France winner and three-time world cycling champion. Although LeMond is most famous for these epic wins, his lasting legacy may be the numerous innovations he brought to the sport of cycling.

– Carbon fiber bike frames (Look, Time, and LeMond brands) are strong, super lightweight, and can be designed for the ideal combination of stiffness and compliance

– Power metering (SRM) is the best measurement of athletic output

When Greg LeMond burst on the cycling scene in the 1980’s, cycling fans expected their heroes to battle the elements while battered and bloodied, bare-headed, and squinting into the sun…all while riding steel-framed bikes that were the pinnacle of hand-made aesthetic craftsmanship. So you can imagine the reaction of the French cycling press when LeMond debuted his wrap-around goggles, tear-drop helmet, monocoque carbon frame, aero bars, and wired technology. “Mon Dieu!” (My God!) they exclaimed. These critics soon became admirers, when LeMond’s innovations made the difference in the 1989 Tour de France when he won by the closest margin of all time, a mere eight seconds on the final day. Less obvious than finish line victories but perhaps even more important were LeMond’s advances in the science of human performance:

– Aero positioning: LeMond’s first pro team had access to Renault’s automotive racing wind tunnel which proved that an arms-forward, low-torso position was the key to cheating the wind. LeMond’s chief competition wrongly believed it would be too restrictive of breathing, but Greg knew from his first competitive sport of downhill skiing that this tuck position would result in higher speeds

– Raised seat height: Under the guidance of his coaches, LeMond raised his seat to allow optimal leg extension and muscle power transfer, elaborated in his 1987 book, Complete Book of Bicycling with Kent Gordis

– Analysis of the pedal stroke (also in his 1987 book): Many cyclists pedal incorrectly by stamping on the pedals, applying force at the wrong time, and underutilizing major muscle groups. For example: the heel naturally lowers in the down stroke, power can be wasted by pushing down at the bottom of the stroke, and pulling up on the up stroke is very inefficient. A better technique is to pull back at the bottom of the stroke with a scraping motion to employ the large hamstring muscles of the thighs.

– High intensity training: LeMond favored high intensity solo training. He considered long group rides at a set tempo to be a waste of his training time

– VO2 max testing: LeMond was an early advocate of VO2 max testing (a measurement of oxygen delivery and oxygen consumption) which remains the most accurate lab test of athletic aerobic power. His VO2 max of 92.5 ml/kg/min was one of the highest ever recorded in an athlete.

– Heart rate monitoring: LeMond’s teams and coaches were the first to use heart rate as a training and performance measure on the road.

– Power metering: More practical than VO2 max, more direct than heart rate, and more accurate than self-perception of effort, power metering (wattage) is the best on-road measure of cycling performance to establish baseline fitness, performance improvement, and adequacy of recovery
-Doping detection: as a strong advocate of clean racing and knowledgeable about the limits of human physiology, LeMond was one of the first to blow the whistle on rampant doping and helped save the sport of cycling from total disrepute in the post-Armstrong era. Performance data can reveal abnormal spikes in individual performance. Mechanical doping (an electric motor hidden in the bike frame) can be detected with thermal heat guns

– Mitochondrial-based exercise physiology: In the recent book I cowrote with LeMond, The Science of Fitness: Power, Performance, and Endurance, we explain the source of athletic inner power and how to maximise it. Mitochondria are the tiny power plants in each cell in your body that convert food and body fat into the cell energy that powers your muscles, heart, and brain. LeMond had the best mitochondrial energy of his era due to genetic gift and his systematic approach to training, but he later suffered from mitochondrial myopathy due to lead poisoning from a shotgun injury. LeMond knows the highs and the lows and he can guide athletes to maximize their mitochondrial energy and physical performance. Intense exercise triggers mitochondrial multiplication and inactivity causes mitochondrial atrophy.

– Cycling expert: Eurosport named LeMond as their global cycling ambassador and expert commentator at major bike races and with his own LeMond of Cycling TV show.

While collaborating on our book, I was amazed by LeMond’s depth of knowledge in the field of sports physiology. Part of that was his professional interest in what would make him a better athlete, but it also became his personal quest when he was diagnosed with a mitochondrial disease. As a biologist and MD, I have studied science my entire life and I can say that LeMond exemplifies the scientific mind…intense curiosity tempered with skepticism and practicality.

Why LeMond was such a great innovator:

– Although gifted with natural ability, he realized that technology was a big part of cycling

– LeMond sought out the best coaches who based their training concepts on physiology rather than lore. His coaches included Cyrille Guimard, Paul Kochli, and Andrie Van Diemen

– His fascination with performance measurement allowed him to make the best use of his training time, track his progress, avoid non-contributing gimmicks, and to monitor his recovery

– LeMond achieved his wins and status via hard work, embracing technology, and maintaining high ethics. He never succumbed to a winning at all costs attitude or the low road of doping

– As a pioneer with many firsts in his sport, he popularized bike racing in America and endeared worldwide fans with his championship spirit.

When you set out for your next ride, don your helmet, throw a leg over your carbon fiber bike, turn on your bike’s electronics, and click into your pedals, think about where this bike technology came from. Greg LeMond is the one person who has changed the sport of cycling the most.