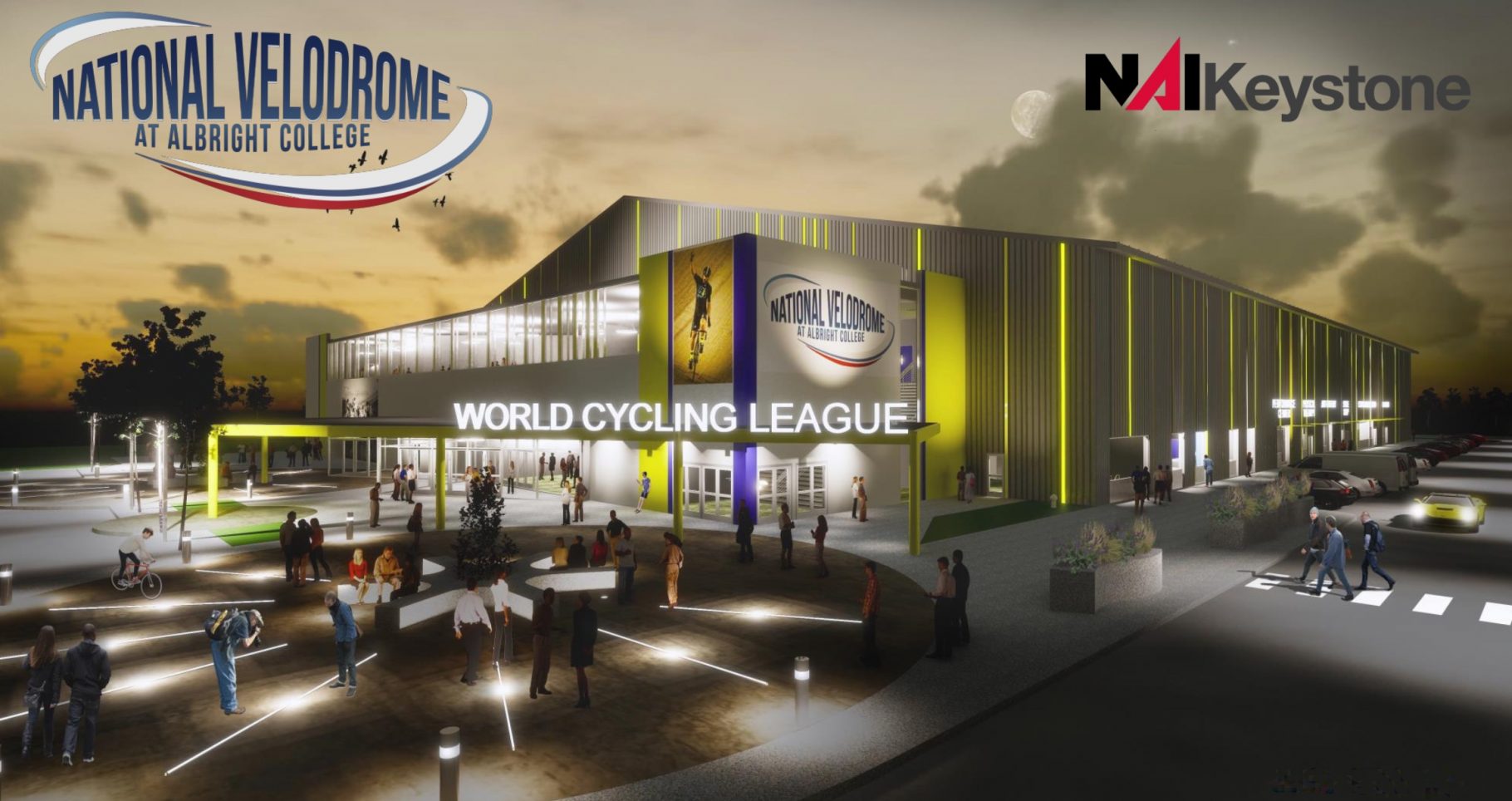 Three-time Tour de France winner, Greg LeMond, is lending his name and expertise to the growing National Velodrome project near Albright College, serving as honorary chairman of the Velodrome Development Foundation Board of Directors. The cycling icon will also serve as a special adviser to the World Cycling League, the principal developers of the $25 million velodrome project and creators of TeamTrak, a new track racing format designed to change the indoor sport.

“I am very excited to play an active role in this project,” LeMond said in a press release. “I’ve always understood how important track racing and indoor velodromes are to developing world-class cyclists. Plus, WCL’s TeamTrak format is a much needed and exciting way to showcase top male and female track racers and create new interest in the sport.”

LeMond’s connection to the group came through VDF board member Steve Whisnant, the former managing director of the United States Olympic Committee and a long-time friend of the cyclist. Whisnant founded and ran World TEAM Sports, an international sports nonprofit offering cycling events to all athletic levels, especially people with disabilities. LeMond became a board member of the organization.

Lex McMillan, president of the Velodrome Development Foundation and president emeritus of Albright College, said LeMond should prove to be a major asset to the foundation in its promotion and development.

“Greg LeMond is a huge asset to our foundation, both for his innovative ideas and for his connections to many more donors and investors in the velodrome project from the greater cycling community. We are delighted and deeply grateful that he has agreed to join us.”

LeMond also talked about the importance of having a partner like Albright College in the project.

“Albright is smart to recognize the value of this facility, not only to develop a nationally ranked collegiate team but also for the unique curriculum opportunities for product development, sports medicine and sports event management, to name a few,” he said in the release.

more from The World Cycling League…

Two of America’s most accomplished figures in the sport of cycling have been named to the Board of Directors of the Velodrome Development Foundation, a non-profit organization dedicated to ensuring the success of the National Velodrome at Albright College, Greater Reading’s unique new $25 million multi-purpose cycling and events center.

Stephen Whisnant, former managing director of the United States Olympic Committee, and Missy Erickson, a recent international track cyclist, each bring unique perspectives and contacts to the Foundation in its mission to raise funds in support of Greater Reading’s newest sports attraction.

Whisnant, owner of Stephen Whisnant Strategies in Washington, DC has an extensive background in fund development and general management in the nonprofit sector. He previously served as director of philanthropy at the National Democratic Institute (NDI) and was a managing director for the United States Olympic Committee (USOC), where he assisted with a number of special projects, including work with the U.S. Paralympics and the U.S. Olympic Foundation Trustee group. He spent 14 years in higher education as a senior development officer and advisor, including 10 years at Harvard University and three years at Davidson College where his tenure included work in alumni relations, major gifts and two capital campaigns.

Whisnant’s background in sports philanthropy includes founding and running World T.E.A.M. Sports, an international sports nonprofit committed to offering rich and dynamic programs through sports and cycling events to all levels of athletes, especially persons with disabilities. He engaged three time Tour de France winner, Greg LeMond, to participate in 1993 and has been a close associate of his ever since.

“Through Greg and others, I have developed a deep love for cycling and the positive impact it can have on people’s lives so I understand what the National Velodrome can mean for Albright College, the local community and track cycling. The sport needs a year round venue as a focal point for all cyclists from international track racers to athletes with disabilities,” said Whisnant. “I see huge opportunity here.”

Erickson, 27, from Macungie, PA, is a six time US National Track Champion, UCI Track World Cup Medalist and a member of the 2016 Olympic Long Team. She has competed on nine velodromes around the world and was one of the most popular riders at World Cycling league’s pilot event in LA last year, riding for the California Wave. She has been very active as a youth program coach at the Valley Preferred Cycling Center in Trexlertown and is the owner, Aerodynamics Engineer and Bike Fit Specialist to ERO Pennsylvania.

“I’m excited to help establish the National Velodrome at Albright College as one of the world’s top indoor velodromes, year round training center and the home of the World Cycling League. Racing with the WCL last year was one of the most exciting experiences I’ve had in cycling and will no doubt inspire young athletes and draw new fans to the velodrome.”

Lex McMillan, president of the Velodrome Development Foundation and President Emeritus of Albright College said, “Steve and Missy enhance the breadth of our Foundation. They both see what the velodrome can bring to the Greater Reading community, Albright and the exciting sport of track cycling.”