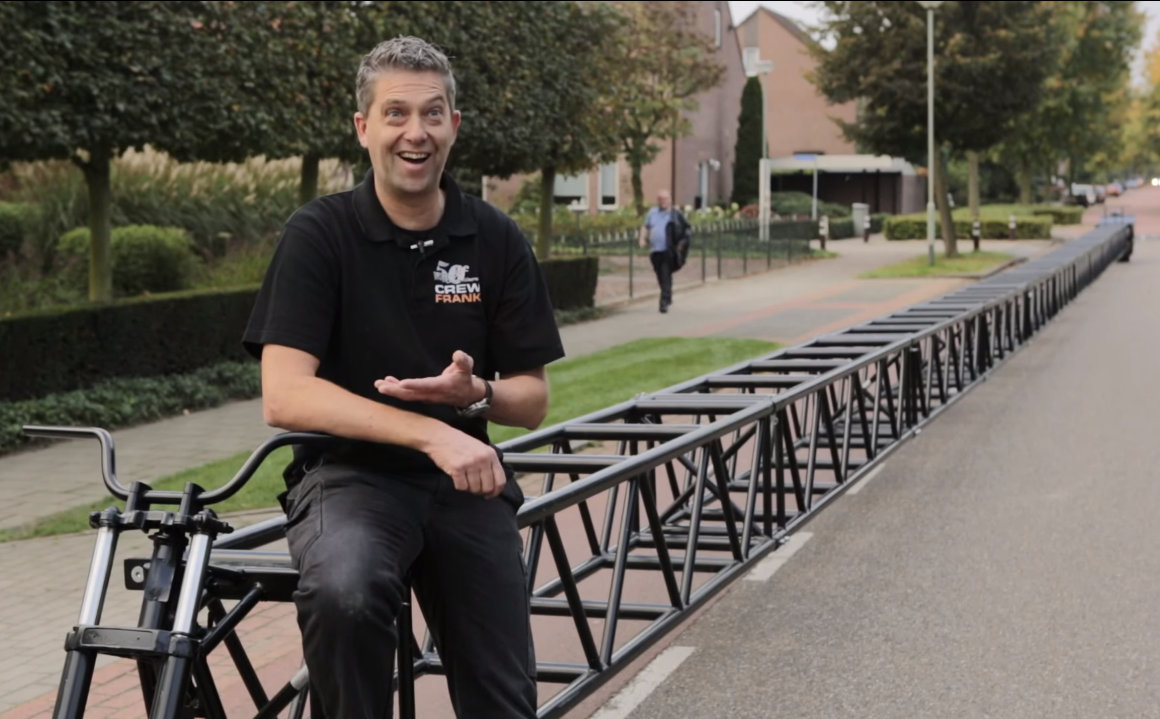 While it surely won’t win any praise amongst the “roadies”, “gravel grinders”, or even the “fixerati” for that matter, the Guinness World Records  recognized a bike as being the world’s longest bike this week.

Setting themselves a challenge to get into the Guinness World Records annual, members of Dutch cycling organization the Mijl Van Mares Werkploeg built the Longest bicycle in the world, measuring an astonishing 35.79 m (117 ft 5 in) long.

With several aluminium trusses used to link both ends (the kind used for lighting rigs at concerts) to ensure the lengthy frame doesn’t sag, the bicycle has to be operated by two people: one steers at the front while another pedals from the back.

However, in all other ways it is a true bicycle that actually works, with only two wheels and no stabilizers.

The group’s leader, Frank Pelt told the Guinness World Records, that the bike is quite easy to ride, “just don’t turn any corners!”

Earlier this year, the Mijl Van Mares Werkploeg successfully secured a place in the Guinness World Records for 2016 for the same category.

However, just months later, their record was surpassed, when two universities in Australia teamed up to create a 41.42 m (135 ft 10.7 in) long bicycle, which was subsequently declared the world’s longest bike by the Guinness World Records.

So, this week’s triumph comes as somewhat of a redemption for the Dutch team.