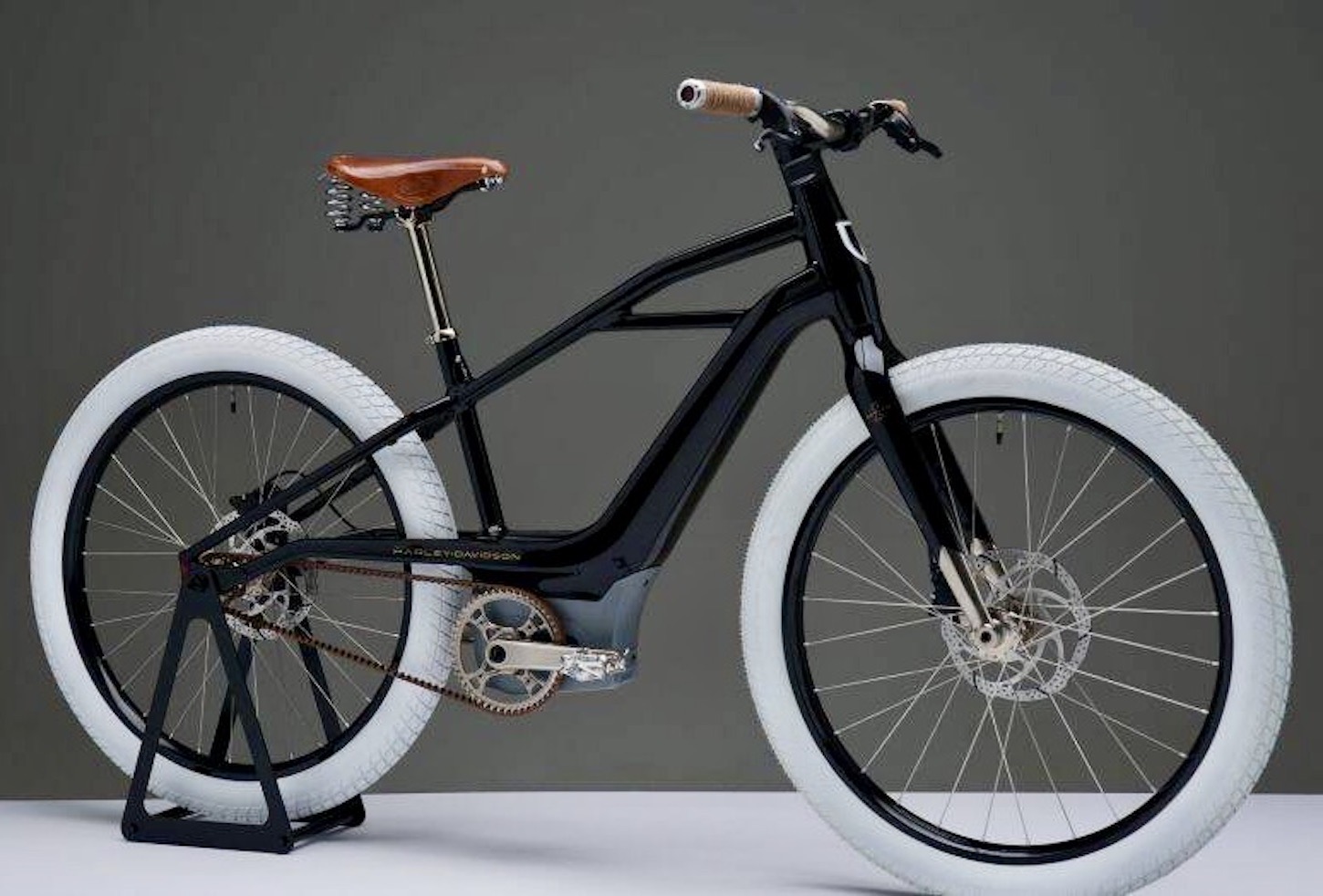 The Serial 1 Cycle Company harkens back to the nickname of Harley-Davidson’s first motorcycle model, “Serial Number 1.”

“It’s been a real long project,” says Aaron Frank, brand director for Serial 1 Cycle Company. “We’ve been working on it for a couple years now. Interruptions due to the COVID pandemic have kind of messed with our schedule in the last year, where we were hoping to be speaking about this a lot sooner. It’s really exciting now to be able to launch the brand and explain our partnership with Harley-Davidson fully. It’s a really good day for us.”

The Serial 1 brand is led by a team of Harley-Davidson alumni including Frank, Jason Huntsman, its president, Ben Lund, the vice president of product development and Hannah Altenburg, the lead brand marketing specialist.

Lund is a former design engineer at SRAM who joined Harley-Davidson in 2018.

“The pandemic has been both a blessing and curse, from an operational standpoint,” Frank said. “From a manufacturing standpoint, it’s been a bit of a disruption, but the overall positive effect, if we can say that, is the effect it’s had on the bicycle industry as far as getting people on bikes as a safe way to socially distance and exercise. Especially in urban areas, this is a really great alternative to mass transit.”

According to Frank, Serial 1 Cycle has plans to announce its model line-up, pricing and categories in the coming months.

“Over the next couple years, we’re planning a full portfolio,” he said, adding they will be distributed primarily direct-to-consumer and through select Harley-Davidson dealers in North American and select Western European countries.

The bikes are designed and developed in Milwaukee and produced by a contract manufacturer with facilities around the world.

There’s very little information available on the e-bike itself, though the prototype does look very similar to one of three concept ebikes Harley showed off at last year’s EICMA.

A quick glance around the e-bike shows a mid-mounted motor, belt drive, disc braking and chunky tires, while the battery appears to be housed in the welded metal frame that’s been treated to a glossy paint job, along with a Brooks saddle and integrated lighting.

Harley has been hinting at an e-bike since 2018, first suggesting that e-bikes would be part of its LiveWire electric motorcycle program. Harley also bought StaCyc, an electric balance bike brand sold in bike shops and motorcycle shops, in 2019.