Highlights from the Handcycling Events of Rio Paralympics 2016 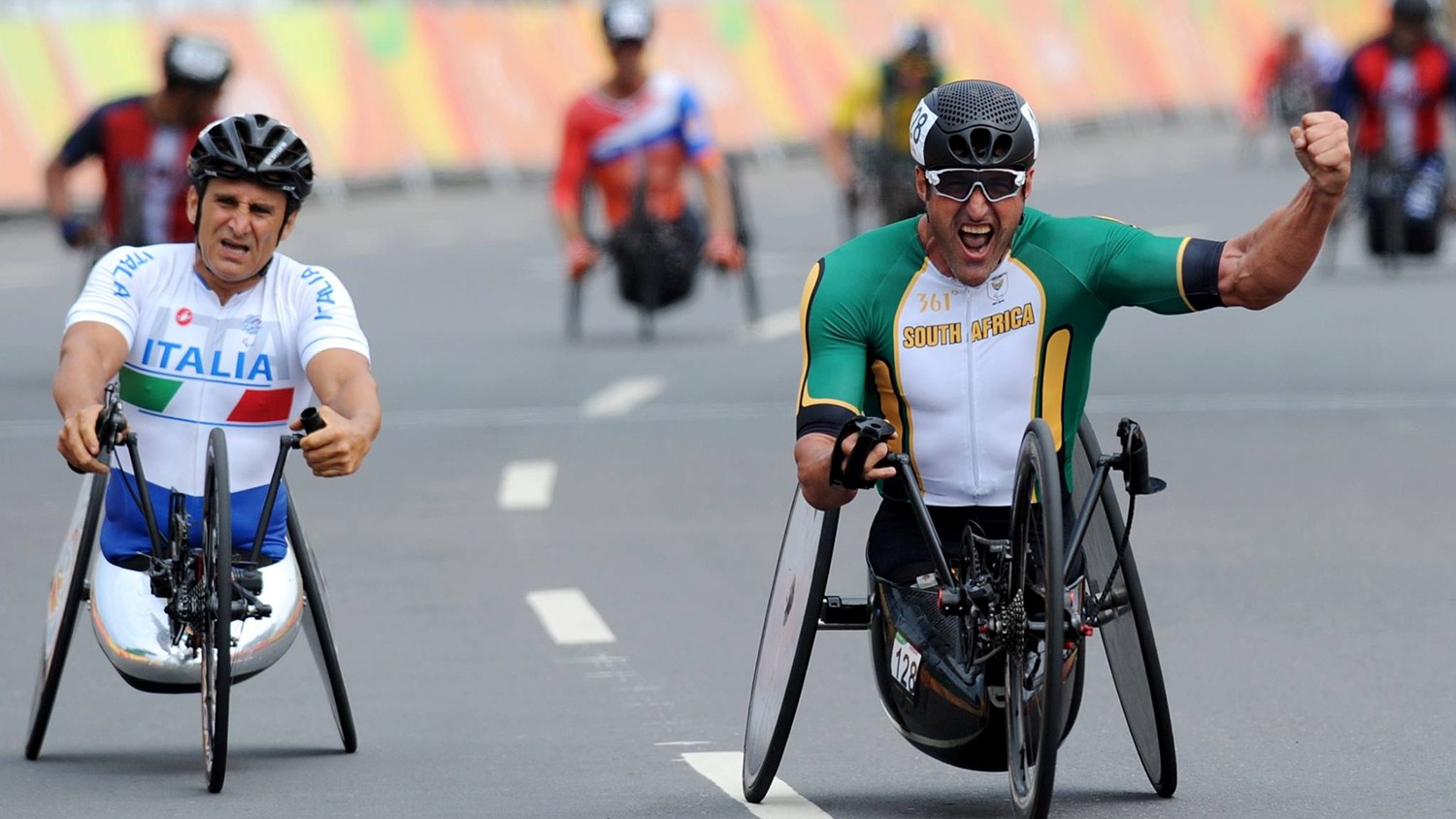 The paracycling event of the Rio Paralympic Games continued this Thursday, with the road races starting in Pontal. As the handcycling pros were hard at work, some athletes caused a surprising stir and snatched the victory away from the favourites.

South African Ernst Van Dyk snatched the H5 gold, to the surprise of many, after covering the 60 km in 1 hour 37 minutes 49 seconds. Towards the end of the race, he sprinted ahead of Italian Alessandro Zanardi and Dutch Jetze Plat, who finished second and third, respectively.

In the H4, German Vico Merklein stole the victory away from Polish Rafal Wilk after winning the 60-km road race in 1h 28 min 48 s. This is a second medal for Merklein in Rio, on top of his time trial bronze.

Double-medallist in London, 2012, and holder of the event’s world title, Wilk came three seconds behind Merklein, and came away with the silver medal, to add to his gold from Wednesday’s time trial.

The third place on the podium went to France’s Joël Jeannot (+ 6 seconds).

It was certainly a disappointing day for Vittorio Podesta, time trial gold and a dominant force in the H3 class over the past three years. Today, he had to resign himself to the sixth place, after leading for most of the race.

His fellow countryman, Paolo Cecchetto, was the first to cover the 60 km to cross the finish line, after 1h 33 min 17 s. Germany’s Maximilian Weber and Canada’s Charles Moreau were also in the final sprint, and finished in second and third, respectively.

Things played out quite differently on the women’s side, with the favourites keeping up with the expectations.

In the H5, Andrea Eskau made podium yet again, claiming the road race gold. The 45-year-old German, H4-5 time trial double-medallist in London and silver in Rio, covered the 45 km road race in 1h 37 min 07 s. She has dominated the event in the past three editions of the UCI Para-cycling Road World Championships.

After getting the time trial bronze, Laura de Vaan, from the Netherlands, came two seconds after Eskau and just before her fellow countrywoman Jennette Jansen.

“It’s a feeling I’ve never had before,” said Reppe, who took up cycling after the London Games. “I’ve never had a gold medal in the Paralympics. When I was a swimmer I was always third and behind.”

“I’ve been working a lot and very hard, especially in the last year. Trying everything to get the gold medal, and it really happened.”

In a heated dispute for second place, Korean Doyeon Lee (H4) got the better of Italian Francesca Porcellato (H3). Both of them finished two seconds after the champion.